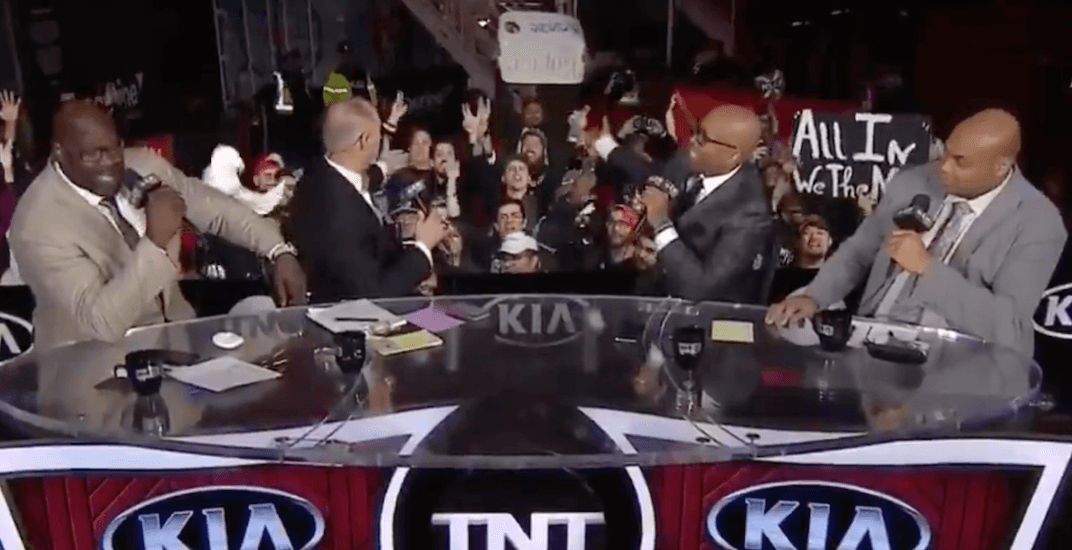 Toronto Raptors fans were in a singing mood Tuesday night.

The Raptors defeated the Milwaukee Bucks 120-102 in front of their home fans in Game 4 to level the series.

Following the game Raptors fans were feeling glorious and free, keeping the party going in Jurassic Park as the NBA on TNT panel of Shaquille O’Neal, Ernie Johnson, Kenny Smith, and Charles Barkley dissected the game.

That was, until they were interrupted.

Cheers became song during the live broadcast, as the broadcasters stopped to listen to a spontaneous rendition of O Canada.

O’Neal, Johnson, and Smith even joined in:

While Barkley’s love of Toronto is well publicized, Shaq has a lesser-known affinity for Canada.

“Love the people. Love your national anthem,” Shaq said during a trip to Vancouver last year, before singing a line from O Canada live on the radio.

The series now shifts back to the United States – Milwaukee to be exact – for Game 5 on Thursday. They’ll be back in Canada for Game 6 on Saturday.