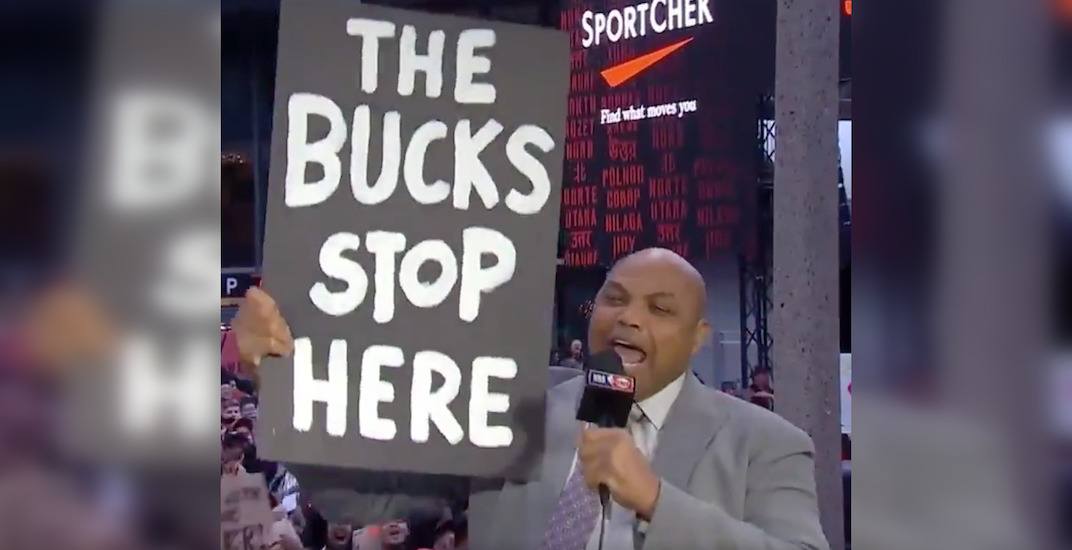 Charles Barkley is on a roll.

After declaring Toronto his “favourite city in the world” on Sunday, he guaranteed a Raptors victory before Game 3 – much to the delight of a crowd of fans gathered in Jurassic Park.

Barkley wasn’t backing down before Game 4 on Tuesday, predicting another Raptors win – this time with the use of a prop.

Snagging a “The Bucks stop here” sign from the crowd, Raptors fans outside of Scotiabank Arena roared in approval.

“I’m guaranteeing!” the Hall of Famer said on the NBA on TNT panel. “The Bucks stop here tonight!”

Barkley is two-for-two in recent predictions, as the Raptors won in double overtime in Game 3 and indeed they stopped the Bucks in Game 4, winning by 18 points.

Sir Charles has been far from perfect in his other predictions, calling for the demise of the Golden State Warriors after Kevin Durant was injured in the second round. The Warriors haven’t lost since, beating Houston in six games and sweeping the Portland Trail Blazers in the Western Conference Final.

Barkley also predicted the Raptors would make it to the NBA Finals last year.

You win some, you lose some, I guess.

Thankfully for the Raptors, they’ve been on the winning end for both of their home games in the Eastern Conference Finals. The series now shifts back to Milwaukee for Game 5 on Thursday.