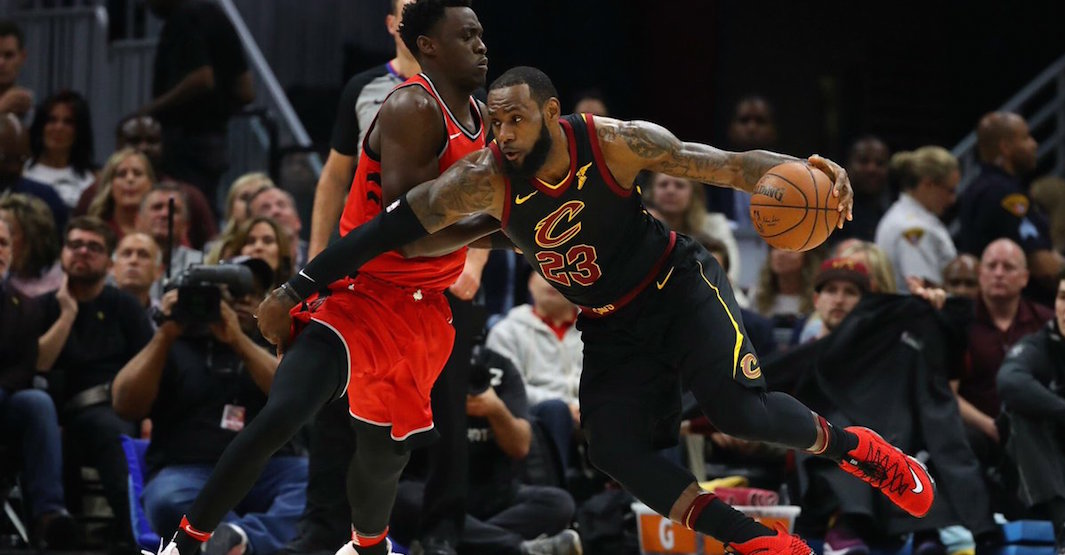 It’s the end to an incredible season in Toronto.

The Raptors lost Game 4 of their Round 2 series 128-93, bowing out in four games to the Cleveland Cavaliers.

#Raptors 35-point loss is the worst margin of defeat in an elimination game by a #1 seed against a lower seed in the history of the NBA.

Despite a franchise-best 59-23 record in the regular season, the Raptors couldn’t win a game against the Cavaliers for a second straight year.

It’s the third straight year that the Raptors have had to go up against LeBron James and the Cavaliers in the postseason, and they’ve come up short each time.

It wasn’t for a lack of effort or chances – at least in the first three games.

The Raptors had control of Game 1 but couldn’t close it out and eventually lost in overtime. They had control of Game 2 before LeBron put up one of the greatest second half performances of the decade to turn things around. Then in Game 3, the Raptors appeared to have rallied to force overtime but LeBron’s impossible buzzer-beater thwarted them again.

Game 4 wasn’t particularly close – the Cavaliers built a strong 14-point lead right before halftime and cruised the rest of the way.

After being benched during the fourth quarter in Game 3, DeMar DeRozan was ejected for a flagrant foul in the third quarter of Game 4. He scored just 13 points in the game, while Kyle Lowry had just five points.

Jonas Valaciunas, who started the game on the bench, led all Raptors with 18 points.

LeBron James led all players on both teams with 29 points, while Kevin Love added 23.

The Raptors just seemed defeated. Considering NBA teams are 0-129 all-time when down 0-3 in a series, it’s hard to blame them.

It wasn’t all negative for the Raptors in the postseason though. Many of their young players got valuable playoff experience, namely Pascal Siakam and OG Anunoby who both improved as the games increased in intensity.

Anunoby was tasked with the challenge of guarding James for most of the series and looked pretty darn good doing it.

N🚫 sir, not in here. pic.twitter.com/HGPdeof3X8

It’s a hugely disappointing outcome though, no way around it. After reaching new heights in the regular season, the Raptors will be left to try and answer the same question they were left with the previous two years.

How can they beat LeBron James?

It’s going to be a long offseason in Toronto.