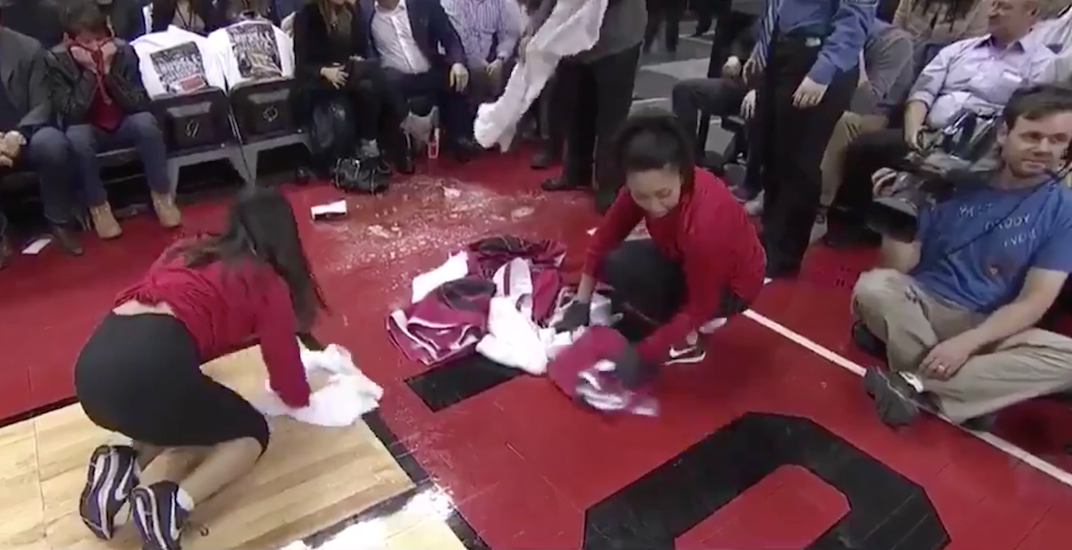 Oh no, not the beer!

During the second quarter of Game 2 between the Toronto Raptors and Washington Wizards, the referees had to call an official’s timeout due to a spillage on the court.

No, the roof wasn’t leaking – it was much worse.

There is a delay because a vendor dropped a bunch of beer on the floor. Will be followed by a moment of silence.

The reactions from a pair of notable basketball commentators were downright hilarious.

First from the TSN broadcast, Brooklyn-born Jack Armstrong had the most Canadian reaction:

According to Jack Armstrong and @Matt__Devlin a “National Crisis” happened in the 2nd quarter with a vendor spilling their tray of beer courtside. #WeTheNorth pic.twitter.com/otMPR3WjRJ

“This is a national crisis right now,” said Armstrong. “How could you drop all that beer!?”

Over on TNT’s broadcast, Charles Barkley was also affected emotionally.

Charles Barkley’s heart broke in half when he saw all this spilled beer pic.twitter.com/vxsEUXXvsV

“Labatt’s and Molson are stronger than that stuff we got down here in the States.”