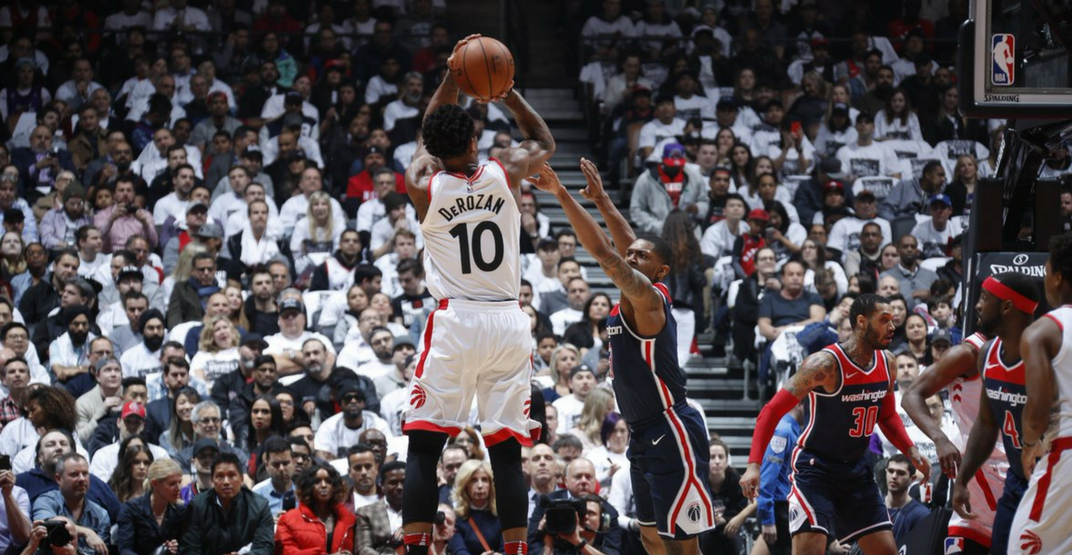 The Raptors had all the wizardry in Game 2.

Thanks to some dominant individual performances and some great team defence, the Raptors dismantled the Wizards on Tuesday, winning 130-119, to take a commanding 2-0 series lead heading into Washington.

The Raptors came out of the gate strong with another hot start offensively, with each starter hitting a three-point shot in the first half.

What was most impressive, however, were the defensive stops when they mattered the most.

Washington went on a run, cutting the lead to single digits early in the fourth quarter.

But the Raptors managed to weather the storm, getting timely blocks from Delon Wright, Serge Ibaka, and baskets in transition at the other end.

The bench as a unit struggled, but C.J. Miles managed to be a bright spot offensively once again, scoring 18 points on 4-6 from three-point range.

But the man of the hour was All-Star guard DeMar DeRozan, who tied his career playoff-high with 37 points in the most efficient scoring game of his playoff career.

DeRozan shot 61% from the field, 50% from three-point range, along with five rebounds and four assists.

Jonas Valanciunas quietly had a dominant game in the paint and on the glass with 19 points and 14 rebounds.

The Raptors will now head to Washington for Game 3 on Friday.