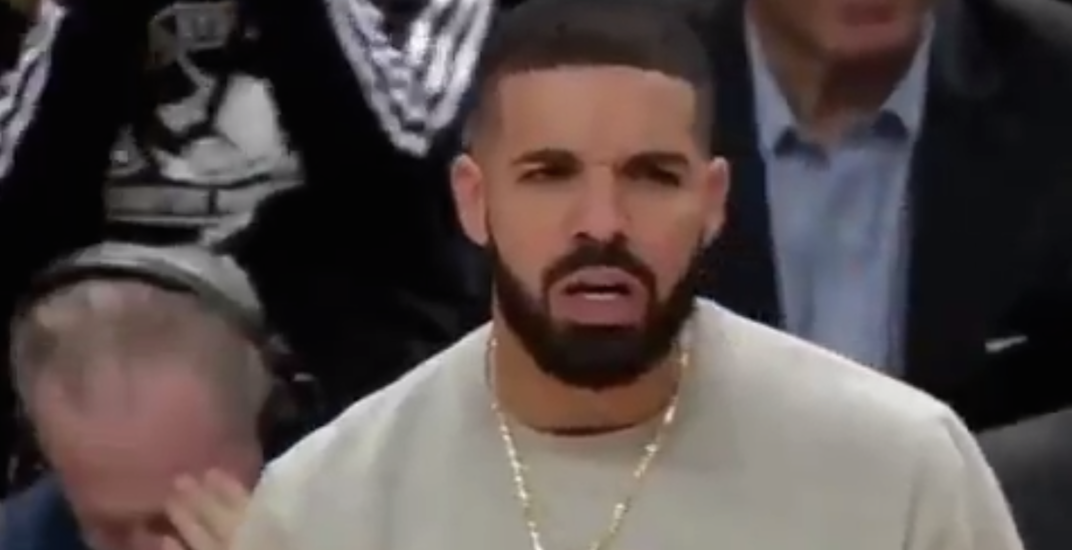 Drake is not your average basketball fan, and not just because of his stardom.

The Canadian hip hop star isn’t afraid to get involved verbally with opponents at the Air Canada Centre, and Tuesday was no exception. Drake posted evidence to his Instagram page, uploading a video of him trash-talking Wizards point guard John Wall.

.@Drake talking that talk to John Wall from the sidelines 😂 pic.twitter.com/MFoaqwvWcD

“John you’re getting bodied by 20 today!”

Drake is the Raptors’ global ambassador and is often seen sitting courtside, talking to players or strapping on a headset and going on the broadcast with a drink in his hand.

This wasn’t the only time Drake was seen chirping the Wizards in the game, as TSN also caught him yelling at Washington players as they walked past.

Did the trash talk help the Raptors win the game? It’s impossible to say.

But Drake’s trash-talking has helped before. Take this game against the Chicago Bulls from two years ago. By talking to a Bulls player during an inbound, distracting him, he helped cause a turnover.