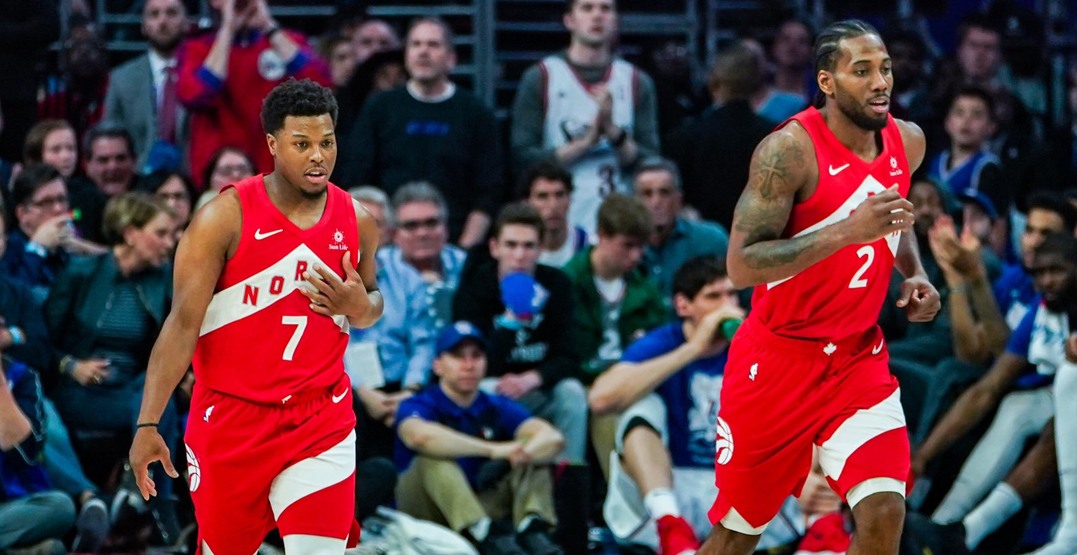 The Toronto Raptors’ bizarre second-round series with the Philadelphia 76ers will go the distance.

After a big victory on Tuesday that saw the Raptors take a 3-2 series lead, they could not seal the deal in Game 6. As we’ve seen multiple times this series, this was another blowout as the 76ers defeated Toronto 112-101.

This marks the fourth time in the series that the margin of victory has been greater than 10 points, as both teams continue to struggle with consistency.

Just like it has been this entire postseason, it was Kawhi Leonard leading the team’s sub-par charge in Game 6. He finished the game with 29 points, 12 rebounds, and five assists and continues to provide Raptors fans with dunks worthy of being on a poster.

This becomes Leonard’s 8th straight game of 20 points or more as he continues to achieve franchise postseason records.

Leonard also has his 4th 20-point, 10-rebound game this postseason, most in a single postseason in team history. pic.twitter.com/TGgsdqA45z

Pascal Siakam added 21 points for the Raps, but their wasn’t much help from the rest of the roster and the shooting woes continued for Toronto’s bench unit.

#WetheNorth bench is shooting an NBA-worst 24.1% from 3-point range this postseason.

Along with offensive struggles, the Raptors seemed to have no answers on defence for Philadelphia’s stars.

Right from the beginning, the Raptors appeared to be a little off as Philadelphia jumped out to the early lead in the first quarter. The 76ers then expanded their lead up to 15 (58-43) at halftime. The Raptors made some ground back in the third, pulling within eight points, but that would be as close as they would come as Philly coasted to the finish line.

The series will now shift to Game 7 where Toronto has an all-time record of 2-2. One of those two Game 7 losses occurred back in 2001…against Philadelphia.

Raptors fans remember all too well the last time these two teams faced off in a Game 7. With Toronto down by one point, Vince Carter missed an infamous shot at the buzzer to lose the game.

In an eerily similar situation to 2019, the 2001 76ers moved on to the Eastern Conference Finals to play the Milwaukee Bucks.

Raptors fans can only hope history doesn’t repeat itself.

Game 7 will be played Sunday at 7 pm ET at Scotiabank Arena in Toronto.