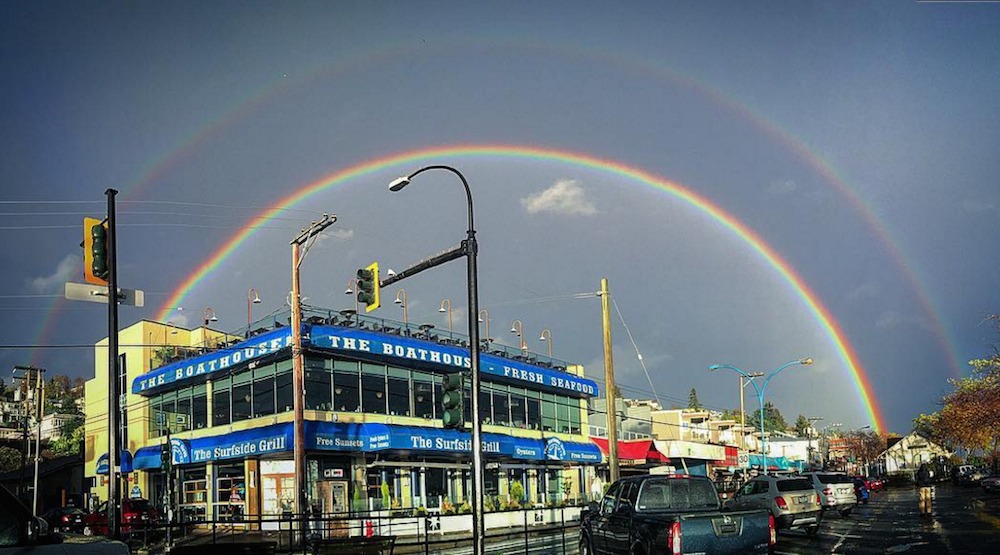 Some lucky residents in Metro Vancouver spotted rainbows over the region’s skies late this afternoon and early evening – shortly after the region’s second storm since Wednesday moved further inland.

But don’t be fooled, this is merely the calm before the next storm set to arrive Saturday evening.

This third and final storm is expected to be much more powerful than the last two storms as it is fuelled by the moisture-rich and wind energy remnants of Typhoon Songda.

There you go seducing me with your beauty, Vancouver… 💓🌈 #beautifulbc #vancouver #rainbow #aftertherain #imightnotcomehome