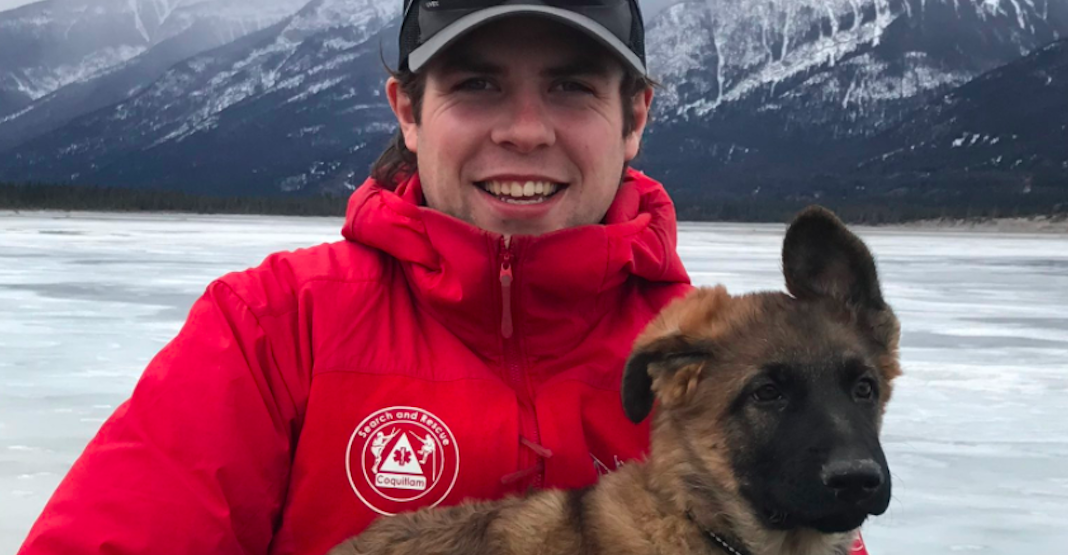 For the second time this week, a dog was snatched by a cougar while out walking on-leash with its owner.

The latest incident took place on Thursday night while the dog and its owner were walking in Anmore, according to Coquitlam RCMP.

Cougar Alert: Last night a puppy being walked by its owner in Anmore was taken by a cougar.

We urge all residents to report cougar sightings to B.C. Conservation Officer Service @_BCCOS at 1-877-952-7277

Learn how to protect yourself and your pets: https://t.co/hjRoQ5v5Dq pic.twitter.com/yNsZuICCNI

Our team would like to express our condolences to Member, Isaac, who tragically lost his new puppy Diez, in a cougar attack while out for an evening walk in Anmore Thursday March 11. Diez was on leash at the time and they were walking along one of the main roads in Anmore. pic.twitter.com/EvAtgoc9Hc

“Isaac had intended Diez to become a member of our team as a SAR dog,” said Coquitlam SAR. “We are all very saddened by this devastating news.”

Thursday’s incident comes after a similar attack and dog-snatching incident in Port Moody earlier this week.

In that case, a dog was walking on a leash with its owner at 12:41 am in the Foxwood Drive neighbourhood of Port Moody.

“A cougar was apparently hiding in some nearby bushes, jumped out and attacked the dog, leaving it with severe injuries,” said Port Moody police. “The dog’s owner was shocked and obviously upset but physically unharmed during the incident.”

The dog’s owner was able to get the dog to an emergency veterinary service, “however, their pet did not survive its injuries.”

Police officers attended the scene and conducted an extensive search for the cougar but did not locate it. BC Conservation was advised of the incident.

Sightings of cougars should be reported to the BC Conservation Officer Service; however, in an emergency immediately call 911 for police assistance.