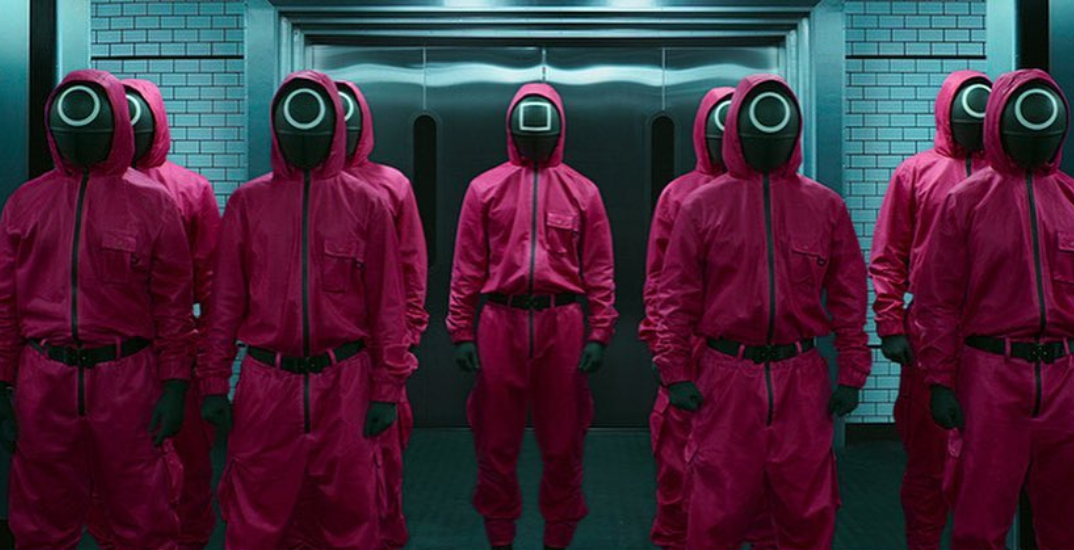 A Quebec school board is warning parents that students are participating in violent reenactments of Squid Game.

According to the Riverside School Board in the Montreal suburb of Longueuil, Squid Game promotes a violent storyline, a “feeling of confusion among young audiences,” and accentuates the impact of what the school board calls “shocking images” and worst still, “normalizes or desensitizes acts of violence.”

The plot of the Netflix series puts a twist on children’s games, which result in deadly outcomes for its participants.

“We urge you to take the matter seriously,” says the school board’s press release. “We encourage parents to consider the above information and to discuss it as they deem fit with their children.”

In the first episode of the series, participants play a twisted version of the playground game Red Light, Green Light, where players who are caught moving during red light are shot dead.

Riverside School Board points out that the highly popular series is rated 18+ and says the popularity of the show has now extended to the playground in “many schools” across the province.

Daily Hive reached out to the English Montreal School Board (EMSB), the largest English school board in Quebec, to see if any Squid Game imitations have taken place in Montreal as well.

Michael J. Cohen, the Marketing and Communications for the EMSB says that so far, the school board hasn’t had any Squid Game-related issues but will “keep our eyes open” for potential problems in the schoolyard.