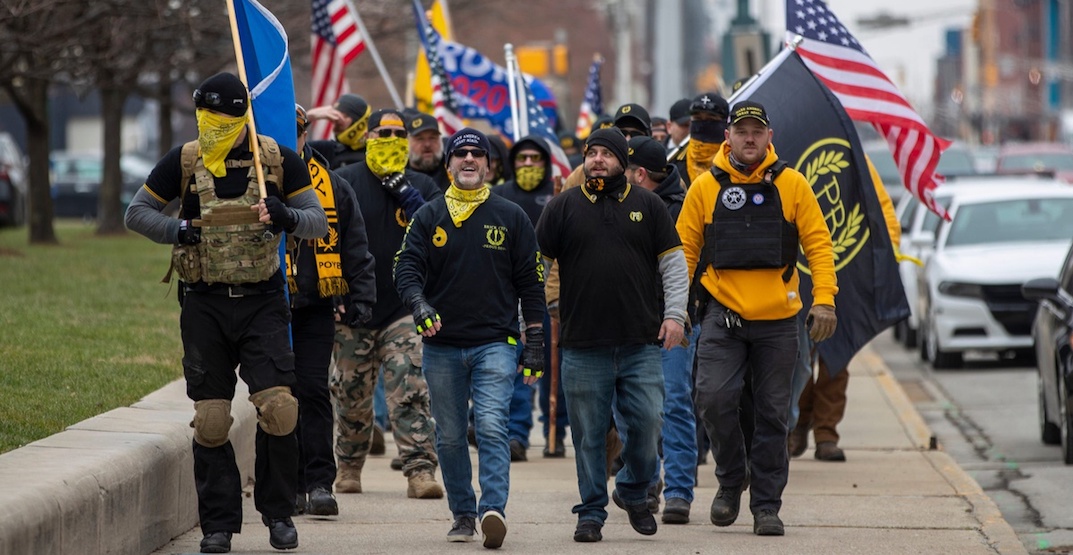 The Government of Canada announced on Wednesday it has officially designated the Proud Boys as a terrorist organization, one of 13 new designations to be added to the federal terrorist list.

In listing all the groups, the government said actions by each group “meets the legal threshold” for such a designation under Canada’s Criminal Code.

The Proud Boys was founded by Canadian Gavin McInnes.

Speaking about the process and designation, Federal Safety Minister Bill Blair said the additions to the list of terrorist entities is the result of a “neutral and expert process,” which is based on evidence, intelligence, and law.

“It is not a political process,” he stressed. “It’s a legal process.  Our national security and law enforcement agencies have been monitoring the activities of these groups for a number of years.”

Blair noted that assessing potential new terrorist groups is an ongoing process based on evidence, intelligence and the law, and there must be reasonable and probable grounds to believe that an entity knowingly participated or facilitated a terrorist activity – or has knowingly acted on behalf of or at the direction of or in association with such an entity.

“Violent acts of terrorism have no place in Canadian society or abroad,” he said. “Today’s additions to the Criminal Code list of terrorist entities are an important step in our effort to combat violent extremism in all forms.”

According to the federal government, the Criminal Code mandates severe penalties for people and organizations that deal with property or finances of a listed entity.

A listing can also support the denial or revocation of a Canadian organization’s charitable status if it maintains connections to listed entities. Furthermore, persons seeking entry into Canada may be inadmissible if they are found to be associated with a listed entity. A listing also helps to facilitate the removal of an entity’s online content.