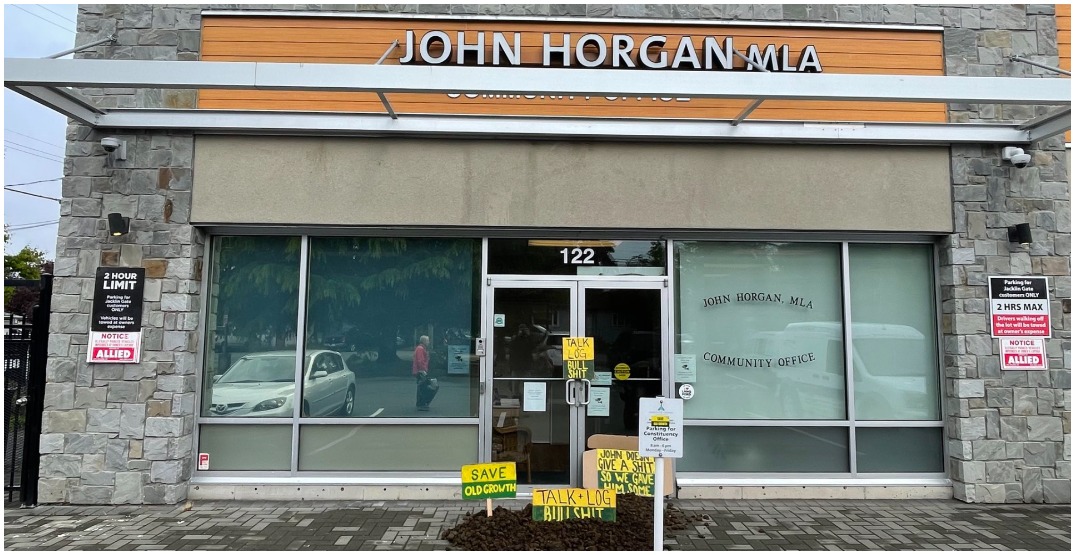 There’s a smelly situation at BC Premier John Horgan’s office on Vancouver Island.

Supporters of Save Old Growth deposited fresh manure outside his office in Langford, complete with signs — one reading, “John doesn’t give a sh*t, so we gave him some.” 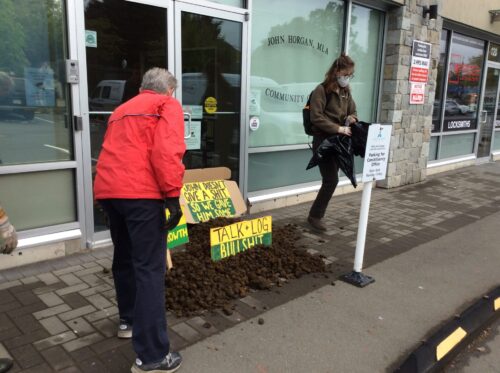 In a release, the group says it is tired of the NDP government’s inaction to protect old-growth forests, despite the government’s campaign promises to implement all 14 recommendations of the old-growth strategic review panel.

“The premier himself promised a ‘paradigm shift’ for the forestry industry in BC, an overdue and necessary step in protecting old growth. Instead, we’re continuing the same outdated, crappy policies and practices we’ve had for decades,” said Alexi Hu, a supporter of Save Old Growth. 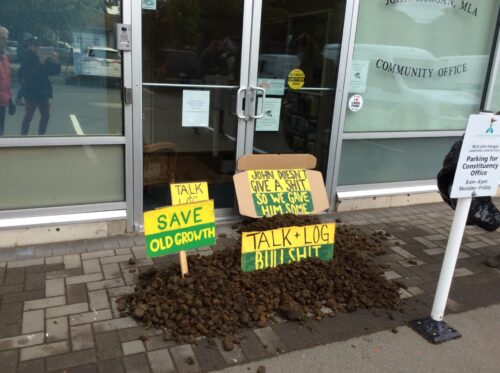 The group apparently has one simple, demand: that the NDP Horgan government enact legislation to immediately end all old-growth logging in the province of BC.

Response from BC NDP

In a statement, Mike Farnworth, Minister of Public Safety says, “Peaceful protest is part of our democratic society. On the other hand, vandalizing property, preventing people from accessing services, and harassing local businesses is deplorable behavior.”

“For those who employ these reprehensible tactics, I can assure you that you achieve nothing but increasing the frustration of the local community. In this instance, I would also like to express my heartfelt appreciation to the local residents and business owners who quickly helped clean up the public area.”