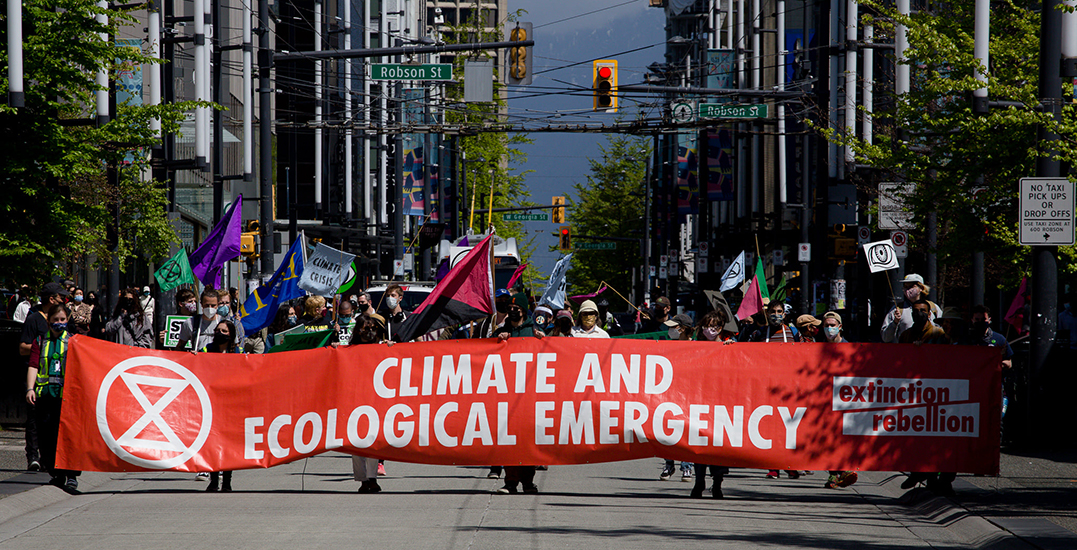 Hordes of climate protesters are expected to block a major downtown Vancouver intersection on Monday afternoon.

Members of Extinction Rebellion plan to occupy the intersection of Granville Street and W Georgia Street as part of their 14-day “October Rebellion.”

The group will meet at Nelson Park at 4:30 pm before making their way to the intersection, Extinction Rebellion said in a release.

The demonstration is expected to disrupt traffic and transit.

Protesters are demanding that the provincial and federal governments end all subsidies for fossil fuel projects.

Extinction Rebellion’s two weeks of planned protests kicked off on October 16. On Saturday, four people were arrested after staging a “die-in” at West Georgia Street and Burrard Street.

Another five people were arrested on Sunday for blocking the intersection of Commercial Drive and East Broadway. The group expects more arrests throughout the coming days.