A recent poll conducted by Angus Reid Institute shows that a great majority of Canadians don’t want to foot the bill for Prince Harry and Meghan Markle to relocate.

The Duke and Duchess of Sussex announced last week that they will be “stepping back” from senior royal duties, and the Queen confirmed the pair will be spending time in both Canada and the UK.

Markle has already been spotted in Vancouver, only a few days following the big reveal.

But while the couple may be eager to get themselves to the Great White North, p0ll results show Canadians aren’t as eager to subsidize the cost of their living here.

The public opinion survey shows that nearly three-quarters — 73% — are answering with a flat-out “no” to the prospect of paying for the living, security, and other expenditures associated with their relocation. 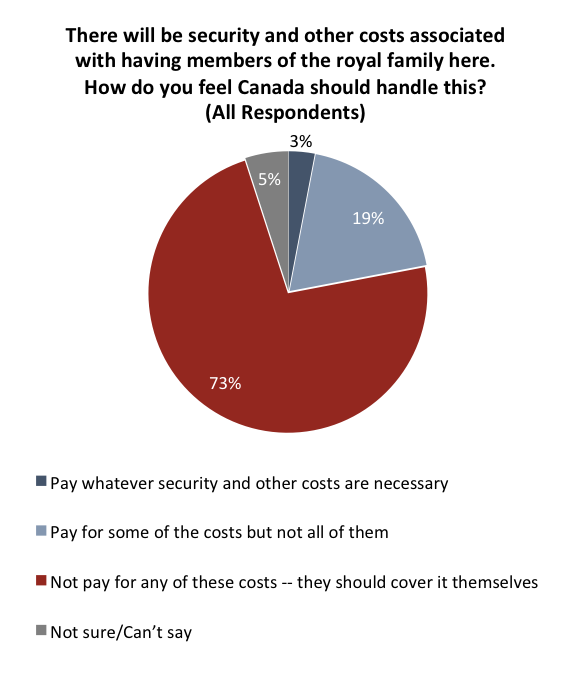 In fact, the study shows that when it comes to the level of excitement Canadians are feeling about welcoming the Duke and Duchess into their new sometimes-home, half of those surveyed simply don’t care. 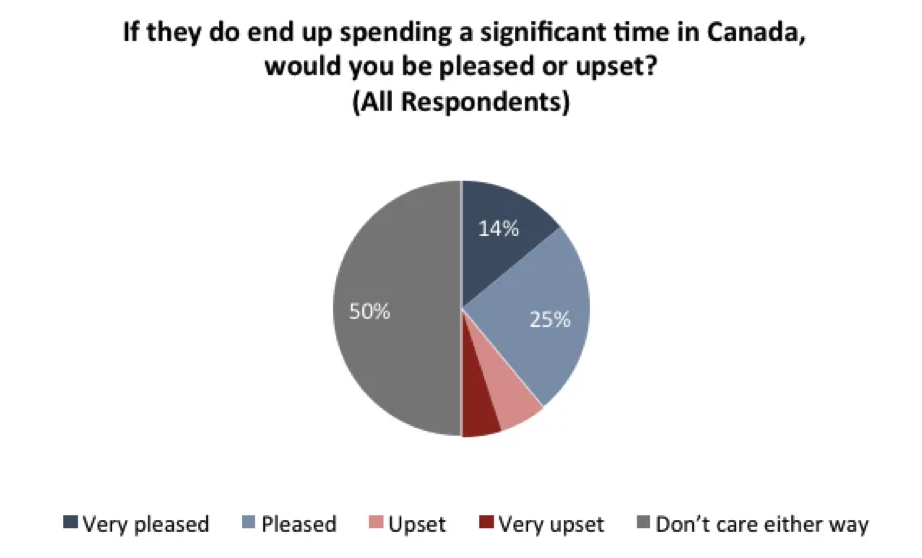 The numbers reflect other trends shown throughout the survey, including how intrigued Canadians appear to be by the royal family in general.

Netflix’s The Crown aside, the monarchy seems to be landing with fewer and fewer, as 66% of those surveyed say the House of Windsor is losing or has lost relevance. And, 45% say Canada should not continue as a constitutional monarchy for future generations.