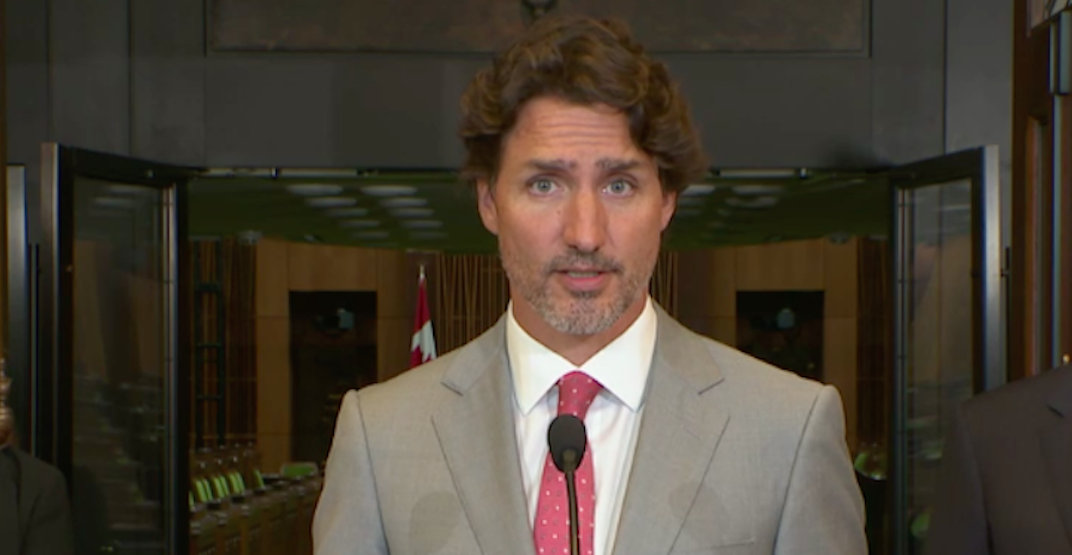 Prime Minister Justin Trudeau announced on Tuesday that he has asked Canada’s Governor General to prorogue Parliament until September 23.

His announcement comes amid the ongoing WE Charity scandal, after the resignation of now-former federal finance minister Bill Morneau, and on the same day that Deputy Prime Minister Chrystia Freeland was selected to take Morneau’s place.

A statement from the prime minister’s office said this move “will provide an opportunity to present a Speech from the Throne… the same week the House of Commons was previously scheduled to return.”

The throne speech “will give us the opportunity to lay out our approach going forward,” said Trudeau during a press conference. “We will also allow parliament to hold a confidence vote on this new plan, which must happen before any government can present a throne speech.”

In the coming weeks, he said, “we will present our plan to build a stronger, more resilient Canada.”

Asked about the fact that he is currently the subject of several ethics investigations, and that prorogation would effectively shut these investigations down, Trudeau was asked how he reconciles this with the fact his party’s 2015 platform said it wouldn’t use prorogation as a political tactic.

“Stephen Harper and the Conservatives prorogued parliament to shut it down and avoid a confidence vote,” he responded. “We’re proroguing it to bring it back on the same week it was supposed to come back anyway, and force a confidence vote. We are taking a moment to recognize the Throne Speech we delivered eight months ago had no mention of COVID-19, had no conception of the reality we find ourselves in right now.”

As such, Trudeau said, “we need to reset the approach of this government for a recovery to build back better, and those are big, important decisions, and we need to present that to parliament and gain the confidence of parliament to move forward on this ambitious plan.”