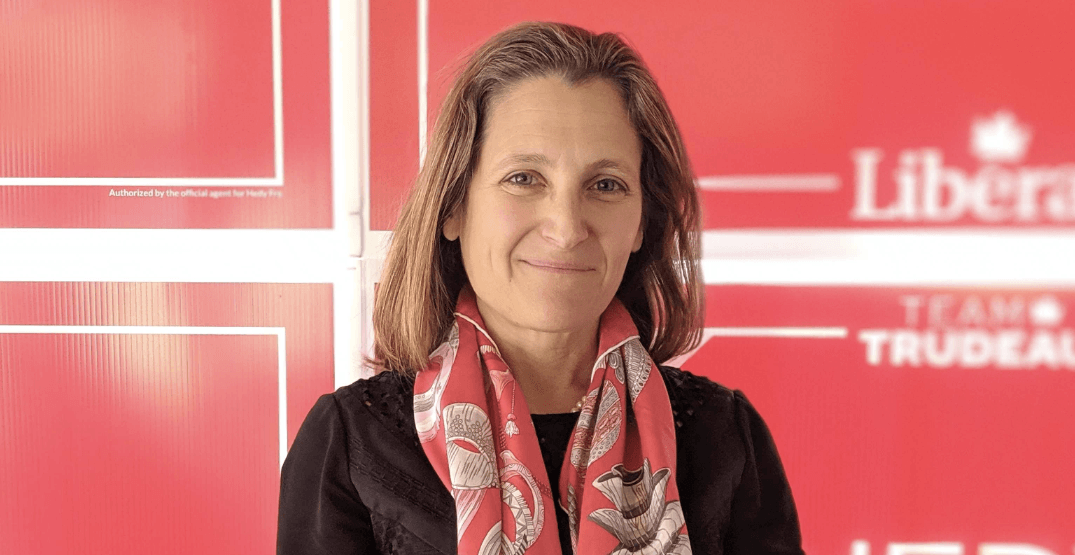 After Bill Morneau announced on Monday he was resigning from his key cabinet role as federal finance minister and as an MP, Canada’s Deputy Prime Minister Chrystia Freeland has been selected to take his place.

Freeland becomes the first female finance minister and will keep her role as deputy prime minister.

She was sworn into her new position during a ceremony in Ottawa on Tuesday, as part of a cabinet shuffle by Prime Minister Justin Trudeau.

During a press conference on Tuesday, Freeland called Morneau a “wonderful finance minister,” and said she was grateful for the opportunity she had to work with him.

“It is both an honour and a privilege to be named Canada’s first female Minister of Finance,” she said. “I am eager to continue our government’s work of helping Flag of Canadas from coast to coast to coast get back on their feet.”

Together, she added, “we will ensure Canada’s economy bounces back from these difficult times.”

Morneau’s resignation comes amid his involvement in the WE Charity’s controversial volunteer contract with Trudeau’s government.

“I met with the prime minister today to inform him that I did not intend to run again in the next federal election,” he said on Monday. “It’s never been my plan to run for more than two federal election cycles. As we move to the next phase in our fight against the pandemic and pave the road towards economic recovery, we must recognize that this process will take many years.”

The WE Charity was the third party chosen to match students to non-profits and charities to provide them with summer work during the COVID-19 pandemic.

It was revealed that Morneau had forgotten to pay over $41,000 of expenses related to a trip taken with the WE Charity, prompting the Conservatives to call for both his resignation and Trudeau’s.