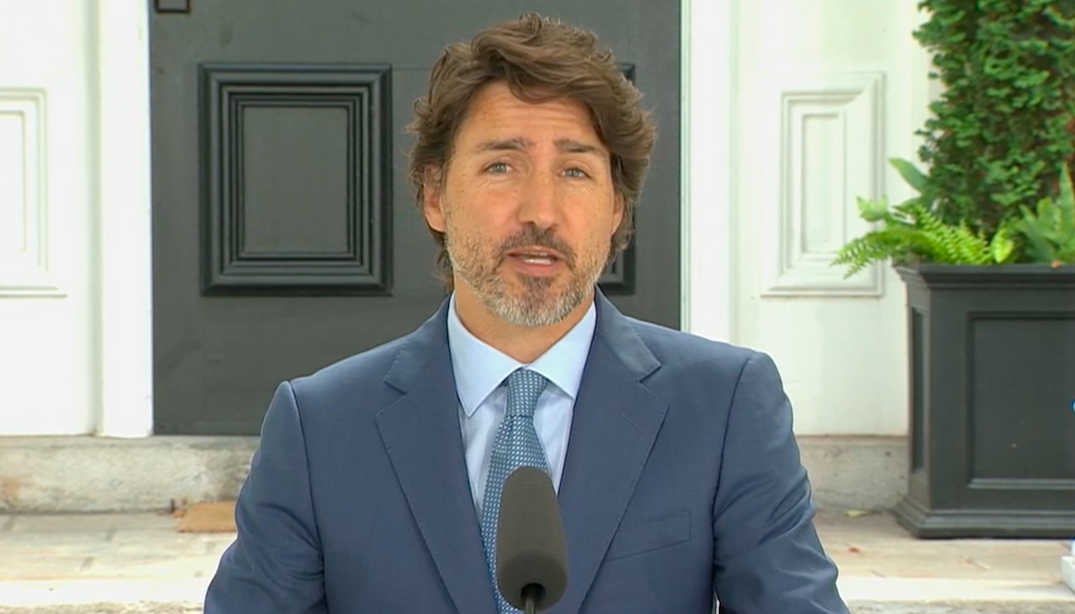 Canadian Prime Minister Justin Trudeau apologized, admitting that he “made a mistake” on the controversial partnership with the student grant program.

On Monday, Trudeau said that, “I made a mistake. I am sincerely sorry for not having removed myself from the discussions.”

“Because of my participation with WE Charity I should have recused myself.”

He said he was aware of his family’s involvement with WE Charity, the third party chosen to help match students to non-profits and charities to provide them with summer work during the COVID-19 pandemic.

Reportedly, Trudeau’s mother, brother and wife all did work for WE Charity and received compensation for it.

Trudeau said that he was aware his mother had worked for years with WE but did not know the details of how much she was getting paid and he “deeply regrets” bringing his mother in the situation that is “deeply unfair to her.”

“I got into politics to help shape politics for the better and create opportunities for young people to serve. We had to get creative with a range of programs and to help young people,” the prime minister said.

He added that his family’s connection to WE Charity not only created “unnecessary controversy,” but young people who are facing a difficult time with finding employment for the summer have to wait “a little longer” to get those opportunities to serve.

Trudeau acknowledged that it must be “frustrating” for students.

WE Charity has returned the $20 million initially given by the government to help administer the program.

The prime minister also said that the situation has not panned out the way he hoped and promised to continue to “work hard”  to deliver programs and services to Canadians.

“Young people will continue to step up and serve their communities. From the beginning, we had to move in creative ways and work with a range of partners. The mistake we made was on me,” Trudeau said.

The news of WE’s departure was first announced on July 3.

The charity was helping with the government’s Canada Student Service Grant, which provides students with one-time payments of up to $5,000 for volunteering in COVID-19 pandemic related programs.

The decision by the government to have the third party involved in administering these work opportunities, was due to the charities reach and scope.

The federal government will now distribute the grants even though they do not have the same “connections” to the smaller charities, which is where WE was supposed to help.

Trudeau also announced that the wage subsidy will be extended to December, with more news on the subject to come later this week.