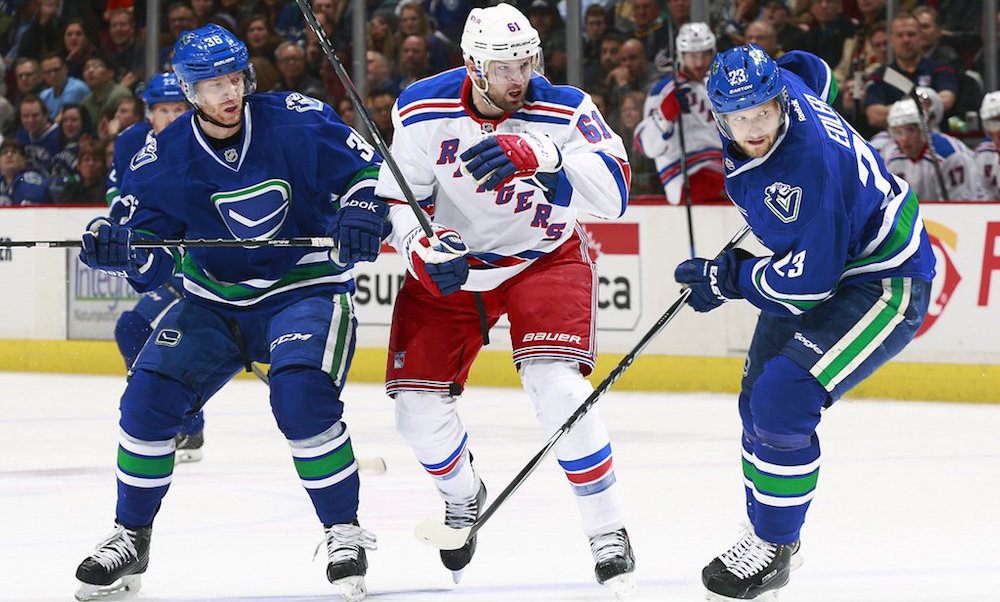 The Vancouver Canucks had one of their better games of the season on Sunday, beating Dallas in a 5-4 overtime thriller on home ice. The words ‘thriller’ and ‘Canucks’ are rarely used in the same sentence these days, but that game certainly warrants an exception.

Vancouver now turns their focus to a team they beat just one week ago, the New York Rangers.

Jake Virtanen is back with the Canucks, but will be a healthy scratch as Willie Desjardins is sticking with a winning lineup. Meanwhile, both Chris Tanev and Jannik Hansen remain sidelined with injury for at least another week.

Jacob Markstrom gets the start in goal, as he did the last time these two teams met.

Here’s how the lines will look tonight: 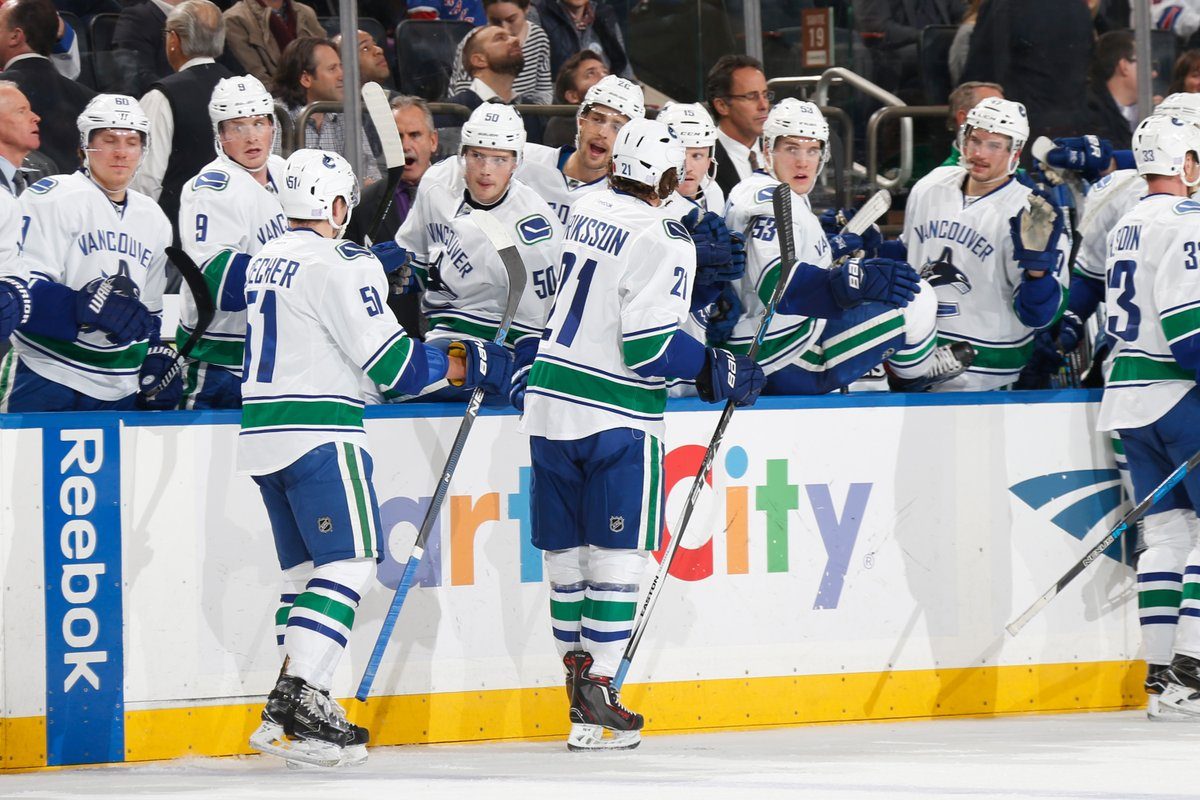 The Canucks got the better of the Rangers in the first meeting, coming from behind to win 5-3 and avoid a franchise-record losing streak in the process. They’ll need another good effort tonight against the league’s highest scoring team.

A Canucks win tonight would be their third victory in four games, dating back to the first game against the Rangers.

The Rangers, meanwhile, have gotten back on track since the loss to Vancouver. This is the third road game in four nights, having beaten Calgary (4-1) and Edmonton (3-1) on Saturday and Sunday.

Leading New York in goals is (surprisingly) former Canucks first round pick Michael Grabner, who already has 10 in 16 games.

Everyone who has followed the Canucks this season knows they haven’t spent much time with the lead, but the following table is pretty mind boggling:

The Rangers have spent a lot of time playing with the lead at 5-on-5. The Canucks have….holy God, look at the Canucks pic.twitter.com/WcaVXXgP6Q

Yes, you read that right. The Canucks have held the lead for just 31:09 this season, or just over half a game. The next lowest team is almost four times higher.

Miraculously, the Canucks still have six wins despite this crazy stat. Four of their six wins have come without having a lead at all, rallying from deficits before winning in overtime.

It certainly isn’t the most sensible or sustainable way to win games, but the Canucks have to take everything they can get at this point.

It’s been quite the rollercoaster ride for Virtanen this season. Let’s take a look back at what’s gone on so far.

First, Virtanen made the team out of training camp. The Canucks could have sent him to the AHL and kept Emerson Etem. Instead, they kept Virtanen and put Etem on waivers, where he was claimed by Anaheim.

Then, Virtanen played ten games (while being a healthy scratch in others) and although he only managed a single assist in that span, he was also not on for a single goal against.

His good defensive play was apparently not enough for head coach Desjardins, who was asking for more consistency from Virtanen.

That eventually led to a media frenzy when JV made some comments about it being hard to get going when his linemates are constantly changing.

In that same frenzy, Desjardins alluded to Utica possibly being a better destination for the young forward.

After two weeks, the Canucks finally decided to send Virtanen to Utica in what the team called a two-game conditioning stint.

Virtanen went to Utica and played two games, collecting a total of zero points and six shots on goal.

The Canucks recalled him before the game against Dallas, though he didn’t dress in that game. Now, the Canucks are getting set for another game, and even though Virtanen is here and ready, he’s not expected to be in the lineup tonight.

Coach Desjardins said #Canucks are still day-to-day on when Virtanen returns. "What's best for him, is our question."

I’m sorry, but none of this makes a lick of sense.

What does sitting Jake Virtanen in the Canucks’ press box accomplish?

Right now the Canucks have Jayson Megna and Michael Chaput on the main roster too. Why are they denying Utica of their top scorers while scratching a sixth-overall pick?

Much like the case of the missing Hamhuis trade, Canucks fans may never know for sure.

Last time the Canucks beat the Rangers because nobody expected them to.

Now, expectations are a little too high, and the Rangers won’t be taking them lightly after a regulation loss just a week ago.

The Canucks will still put forth a strong effort though, and pick up the loser point in a 3-2 overtime loss at Rogers Arena.