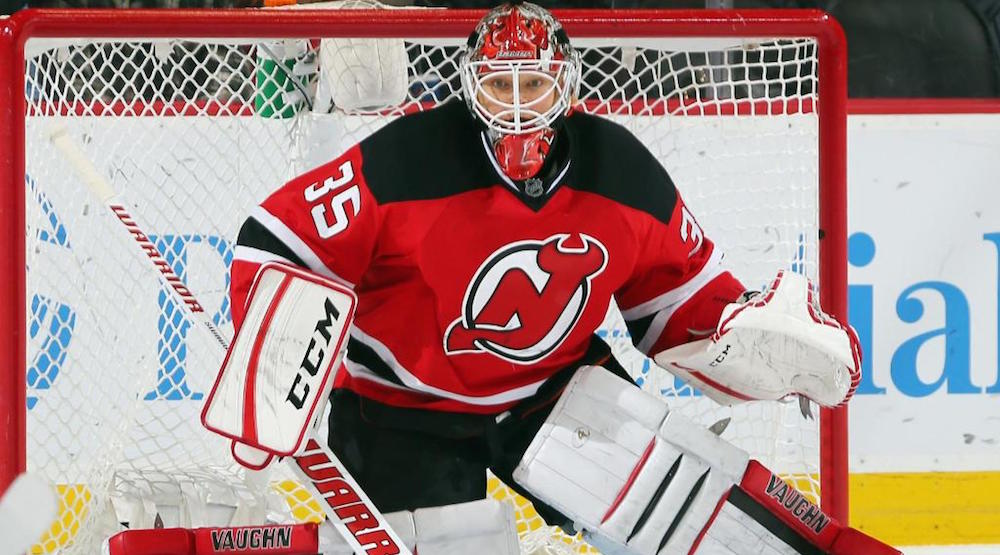 On the heels of their best three-game stretch since the start of the season, the Vancouver Canucks will begin a five-game road trip this afternoon in New Jersey against the Devils. That means a date with former Canuck Cory Schneider between the pipes. With four additional games on this trip away from Rogers Arena, it would be nice to see Vancouver get off to a good start against their old teammate.

In addition to the continual absence of Alex Edler, Chris Tanev, and Jannik Hansen, the Canucks found out yesterday that Derek Dorsett will undergo surgery to repair disc degeneration in his neck.

Vancouver will go with the same lineup as the one that beat the Leafs on Saturday, with the exception of in goal where Jacob Markstrom gets back between the pipes. 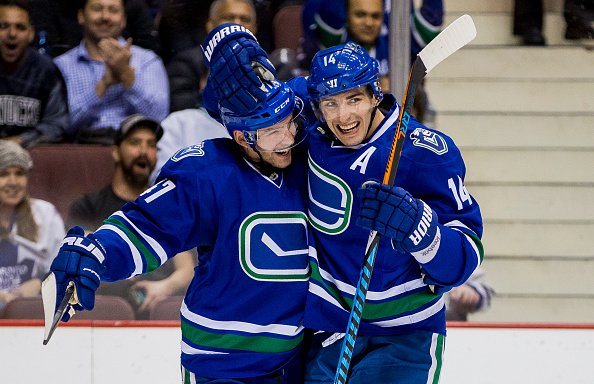 That includes their poor outing Saturday against the Leafs, where they managed just 24 shots; the Canucks’ lowest total since October 25th.

If Vancouver can get on the offensive and start the barrage early, it could lead to some fortunate bounces or an early lead.

2. The Devils you don’t know

The Devils are struggling, having won just twice in their last nine games, although they’ve managed to pick up a loser point in three of their seven losses.

Taylor Hall missed some games due to injury, but has otherwise fit in nicely with 15 points in 16 games.

Travis Zajac is having a strong start to the year with eight goals and 12 assists. Noted Canuck-killer Michael Cammalleri has also picked up nine goals and eight assists in just 18 games. Kyle Palmieri rounds out a second line that could give the Canucks’ defence trouble.

It will be interesting to see how Willie Desjardins decides to deploy his blueliners due to the threat of Taylor Hall on the top line and that potent second line that is clearly playing well together.

Cory Schneider has struggled to start the season going 8-6-4 with a .912 save percentage, which ranks him just 19th in the league among goalies with 15 or more starts.

What better way to get this east coast road trip off to a good start than a win in this evening in New Jersey. While Schneider may be one of the most liked former Canucks still playing, I think everyone can place their fondness for him aside for two games a year.

Vancouver throws the kitchen sink at their former netminder, registering 40 shots and winning 3-0.