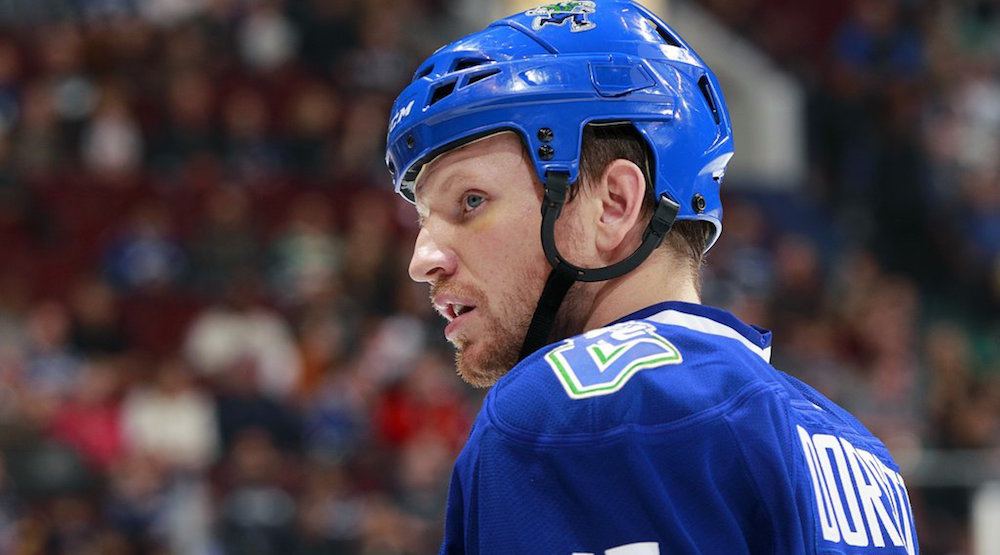 Canucks forward Derek Dorsett will undergo cervical fusion surgery to repair a disc degeneration in his neck, Canucks GM Jim Benning announced on Monday. While no timeline has been confirmed, Dorsett is expected to make a full recovery.

The surgery will be performed by Dr. Robert Watkins of the Marina Del Rey Hospital spine clinic in Los Angeles.

“The decision to perform surgery was made after a thorough review of our options including non-surgical treatment and rehabilitation,” said Benning. “Derek, our Canucks medical team and Dr. Watkins believe that surgery offers the best outcome both for his career and long-term health. Derek is an important member of our team and we are optimistic for a full recovery.”

“There’s no easy replacement for Dorsett,” Willie Desjardins said at practice in New Jersey on Monday. “His heart and soul are second to none. You can’t replace his passion.”

Dorsett has been out of the Canucks’ lineup since a November 17th game against the Arizona Coyotes.

Desjardins said Dorsett has been dealing with this injury "for five or six years."

Whether it be age or this injury catching up with him, the 29-year-old hasn’t been nearly as effective since his first season in Vancouver. In 2014-15, Dorsett scored 25 points (7-18-25) in 79 games, while fighting anyone that was willing, recording 17 fighting majors.