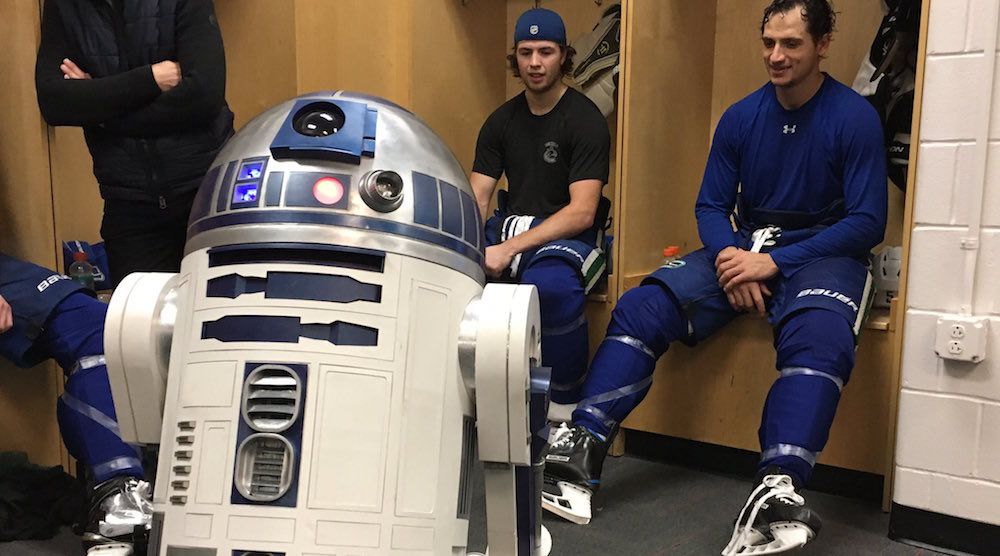 The Canucks got a special visitor after practice at the Prudential Center in Newark, New Jersey on Monday.

The robot’s appearance comes four days in advance of Star Wars night in New Jersey, when the Devils host the St. Louis Blues:

The Force returns with a full Star Wars experience throughout the night with characters on site, theme music and in-game graphics, and special Star Wars Devils merchandise.

The Canucks open a five-game eastern road trip against the Devils on Tuesday, followed by games in Tampa Bay, Florida, Washington, and Carolina.