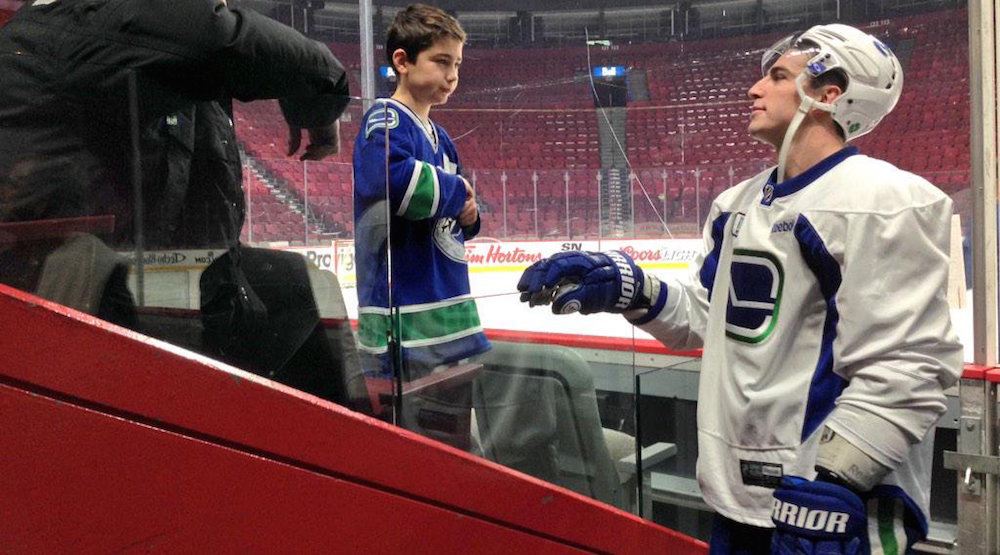 The 31-year-old has already been retired from the game for three years, ending his career after stints with the Houston Aeros, Portland Pirates, Peoria Rivermen, and HIFK Helsinki. Now it appears he’s trying to make it as a broadcaster with TSN.

On TSN Radio on Saturday, he spent the better part of 15 minutes trashing Vancouver Canucks players on the team past and present, as well as their fans.

If you feel like rolling your eyes for 14:57 seconds, take a listen:

The career 58-goal scorer appeared to let his personal bias get in the way of reality, as he rambled on about what he hates about the Canucks.

“There’s not too many people that enjoy the Vancouver Canucks or their fans,” O’Sullivan said, dialling back some good old fashioned 2011 hate. He was seething with anger when the topic of the Canucks-Bruins Stanley Cup Final was brought up.

“As a player, it seemed liked they were just full of rats.”

O’Sullivan was speaking to Leafs fans, who of course are universally loved… Right?

You had to wonder if O’Sullivan was transported back in time with some of these comments. When watching games when the Canucks were at their peak, it sure seemed like teams hated them. They were definitely one of the most hated teams, just as the Bruins were once people discovered who they were.

But now? The games seem pretty calm, and without incident for the most part.

“Now they have Derek Dorsett, who’s a slightly more willing (Alex) Burrows,” O’Sullivan said about the undersized tough guy who has 36 fighting majors as a Canuck.

“Until Burrows is gone… Because he’s by far the most hated individual in the entire league. I mean this is a guy that bites people, literally. Biting guys’ fingers in scrums, hitting guys from behind, spearing guys… And he’s a coward.”

Ah, there it is. It’s no secret that O’Sullivan’s hatred for Burrows runs deep.

O’Sullivan was abused as a child and accused Burrows of saying some pretty insulting things to him on the ice, using that information against him. Burrows is loved in Vancouver, but I think most people would agree that his comments crossed a line.

Burrows, to his credit, has apologized about this.

“I apologize if I offended him back then. I did say some stuff that may now, looking back … I could see how it would’ve offended him, like a lot of things I said back in the day,” Burrows said last year. “I read his story on The Player’s Tribune. It’s tough to see.”

I don’t blame O’Sullivan for not forgiving Burrows, but to see how he still to this day obsesses over the city – not just Burrows – is pretty comical.

He also directed his anger at the fanbase.

“A lot of the fans were, if they were losing, dead quiet, leaving halfway through the third. But if they were winning, all of a sudden they’re loud, they want to be compared to fans in Montreal or Chicago. To be honest, they’re very similar to Seattle Seahawks fans, who also are despised.”

There are so many things to unpack in that comment.

First of all, what city isn’t considerably louder when their team is winning?

I’ve lived in Vancouver my entire life and I’ve never heard anyone compare Rogers Arena to the Bell Centre in Montreal or the United Center in Chicago.

By the way, do you remember what the United Center looked like before Jonathan Toews and Patrick Kane came on the scene?

If you want a refresher, read this article from the New York Times in 2007. Yes, that’s just a couple of years before people started referring to the home of the Blackhawks as the “Madhouse on Madison.” 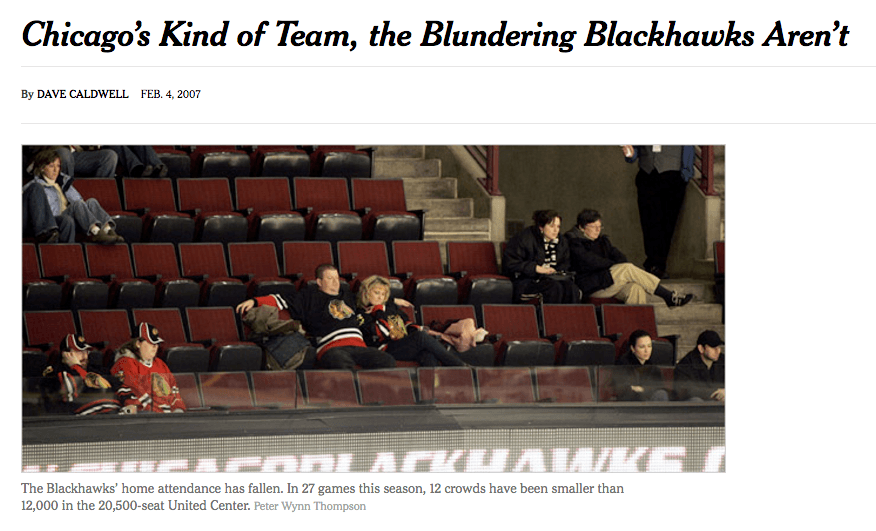 Here’s the first sentence from the article:

Frank Pellico is the Chicago Blackhawks’ longtime organist, which means he usually gets to play in front of thousands of empty red seats at the United Center and for a mediocre team that often disappoints the fans who do show up.

Back to O’Sullivan: “They’re just hated, and I think it’s deserved.”

Look, the Canucks aren’t the most beloved team in the league, that’s fair. But the level of hatred O’Sullivan has towards the team and its fans goes a little (a lot) too far.

That hatred caused him to say this ridiculous thing about Alex Burrows:

“To be honest, he probably wouldn’t even be in the league. He got really lucky. He had a number of years where he played with the Sedins and he capitalized.”

O’Sullivan’s NHL career might suggest that he doesn’t know the value of hard work, which is the main reason Burrows carved out a career more than twice as long as O’Sullivan’s. Playing with the Sedins helped, but Burrows was an NHL player either way.

After self reflection & a couple heated days, I think it's only right that I say the Canucks are still by far the most hated team in the NHL

I never had anything against O’Sullivan as a player during his career and have no problem with him outing Burrows because of his comments during their playing days. But I suggest he give it a rest with the Vancouver bashing. He sounded like a disoriented caller to a talk radio show rather than an NHL analyst.

It’s not a good look.