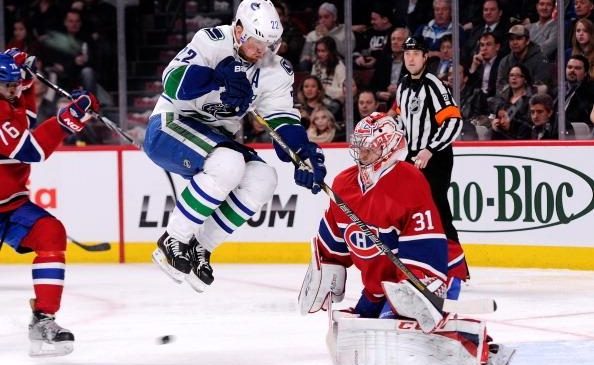 After dropping their last five games, the Canucks embark on a long six-game road trip starting tonight in Montreal.

The Canadiens are the hottest team in the NHL and the only unbeaten team (in regulation) left in this young season. Meanwhile, the Canucks have received a nasty dose of reality after stringing off four improbable wins to start the season.

Both Alex Burrows and Derek Dorsett will return to the lineup and play on the fourth line. Chris Tanev has skated with the team the past two days, but is a game-time decision. We’ll see what pairings Desjardins will come up with in the pre-game warmup, as he has no shortage of options with nine defencemen traveling with the team.

*UPDATE: Chris Tanev will return to the lineup while Troy Stecher has been sent to the AHL.

1. BREAKING: Canucks looking for someone who can score

Per LeBrun, the #Canucks are "actively seeking a 20-goal scorer that they'd like to add over the next little while, or month or two." https://t.co/zQvBasarf1

It is not surprising Jim Benning is the subject of heavy criticism in Vancouver. He has done well at the draft, for the most part, with Brock Boeser, Thatcher Demko, and Olli Juolevi a few years from making an impact. Outside of the draft, it is hard to find a ton of positives.

Going into the season, many fans wondered where the goals are going to come from. Nine games into the season, Vancouver sits last in the NHL (by a fairly wide margin) in goals scored per game. Now word is out that the Canucks GM is actively looking to add a 20-goal scorer.

Asking Daniel and Henrik Sedin to carry the team offensively at their age simply is not realistic and, beyond struggling new addition Loui Eriksson, no one in the Canucks lineup seems a lock to score consistently.

The biggest issue with Benning is that few are buying what he is selling. Some believe the Canucks can make the playoffs, but only if everything goes right for them. How likely is that?

2. Time to pile on Benning

William Nylander (@MapleLeafs), who led rookies w/ 7 A and 11 PTS in 9 GP, named Rookie of the Month for October. https://t.co/APqy3ppCNM

Talk about a bad day for Jim Benning!

First word comes out that he is actively looking to add some scoring, prompting outrage, then news breaks that William Nylander is named NHL’s top rookie in October.

Many will remember that the Canucks drafted Jake Virtanen 6th overall in the 2014 NHL Draft instead of Nylander. The flashy Swede was eventually drafted in the 8th spot by Toronto, but it was well known that many of the Canucks scouts were very high on Nylander.

Virtanen could very well turn out to be a productive power forward in the NHL, however, Nylander has always been viewed as having a much higher offensive ceiling. It is painful for Canucks fans to see this come to fruition so early in both players careers. 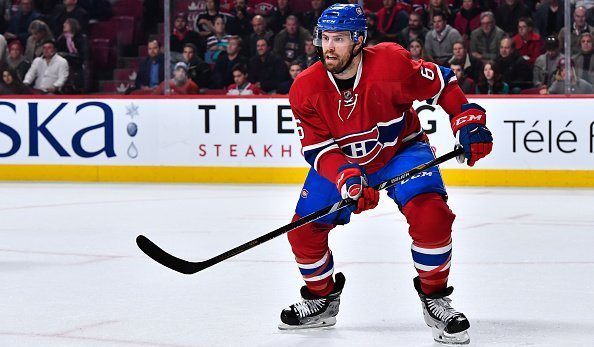 The Canadiens made headlines when they traded PK Subban to the Nashville Predators for Shea Weber in the offseason. This trade was largely panned, but it has breathed life into a Montreal team that has the ability to contend for a Stanley Cup.

Weber, despite the reports of his demise, is still a top flight defenceman and Carey Price is perhaps the MVP of the NHL. The Canadiens and their fans may regret this deal in three years, but, for the moment, they are loving it.

Weber leads Montreal with ten points followed closely by Alex Galchenyuk with eight points. Price sports a 5-0-0 record posting a save percentage of .954.

Last year the Canucks ruined the Canadiens perfect 9-0 run to start the season, however, don’t look for history to repeat itself. Vancouver is due to breakout on the scoresheet, but it won’t happen tonight. The Canucks make it six straight loses with a 4-1 loss to Montreal.