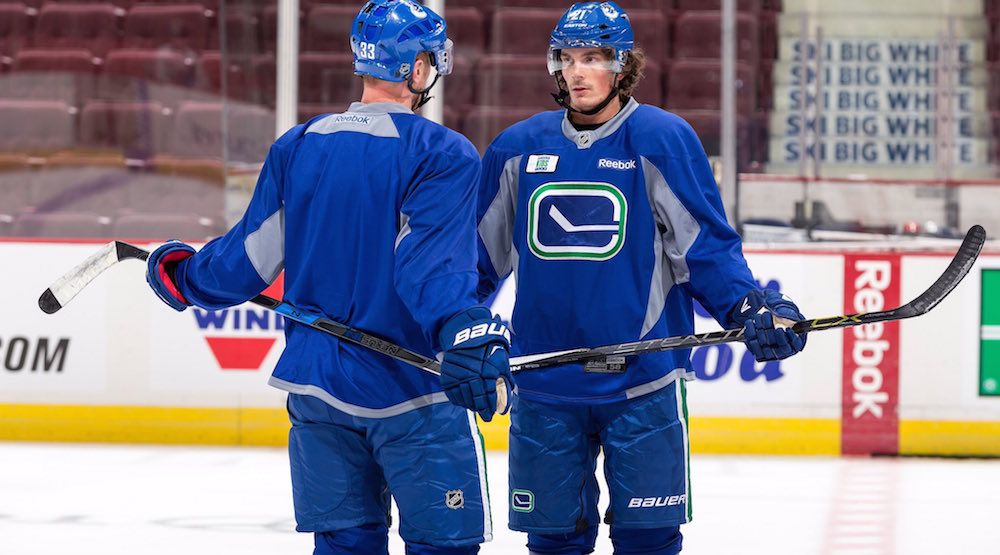 Loui Eriksson and the Vancouver Canucks should be a match made in heaven.

The 31-year-old Swede, after all, worked so well on a line with Henrik and Daniel Sedin at the World Championships in 2013. Canucks GM Jim Benning is obviously a big fan of his too, given he was with the Bruins when they acquired the talented Swedish winger.

After nine NHL games, Eriksson is still searching for his first goal for the Canucks (he already has one against them of course).

#Canucks Loui Eriksson was handing out candy tonight. He missed the bag each time. #TooSoon

Going nine games without a goal to start the season is a rarity for Eriksson, who scored 30 with the Bruins last season. The only time he has gone this long before scoring his first of the season was in 2007-08, his second year in the league, when it took him until game #11.

Eriksson went goalless for one nine-game stretch last season, but that came in late-January.

It’s a bit early to hit the panic button on Eriksson, despite the fact that he just signed a six-year contract that pays him $6 million per season. Eriksson is probably squeezing his stick a little tighter than usual, something that will get relieved when he finally pots one.

With four assists, he’s actually second on the team in points so far, trailing only Henrik Sedin and Brandon Sutter. The fact that someone with five points in nine games leads the team in scoring is another cause for concern, however.

Everyone who has watched Eriksson closely in recent years has good things to say about him. He’s a reliable player in all zones and does a lot of things well, despite not being a flashy player. It’s unlikely that his play has just dropped off the cliff. Will it drop off a cliff before his six-year contract ends? That’s another story.

But until then, the Canucks need Eriksson desperately. He’s been taken off the Sedin line – the right decision given how they performed – and off the top unit power play.

The Sedins & Eriksson did nothing tonight. They can't win when the twins and their linemate (whomever that may be) are that quiet. #Canucks

Eriksson needs to find some chemistry with someone, and soon. Last year with Boston, he excelled primarily with David Krejci – an elite playmaker – as his centre. Eriksson is now getting a look with Brandon Sutter, a shoot-first centre who often gets more goals than he does assists. If that doesn’t work, perhaps Bo Horvat is a fit.

Whoever he plays with, Eriksson will need to start firing more pucks on net. The 31-year-old has just 13 shots on goal in nine games, which even ranks him behind Henrik Sedin, and he never shoots.

Sooner or later, you have to believe Eriksson will snap out of this funk. Perhaps it will come on Vancouver’s six-game eastern road trip, which begins Wednesday in Montreal.