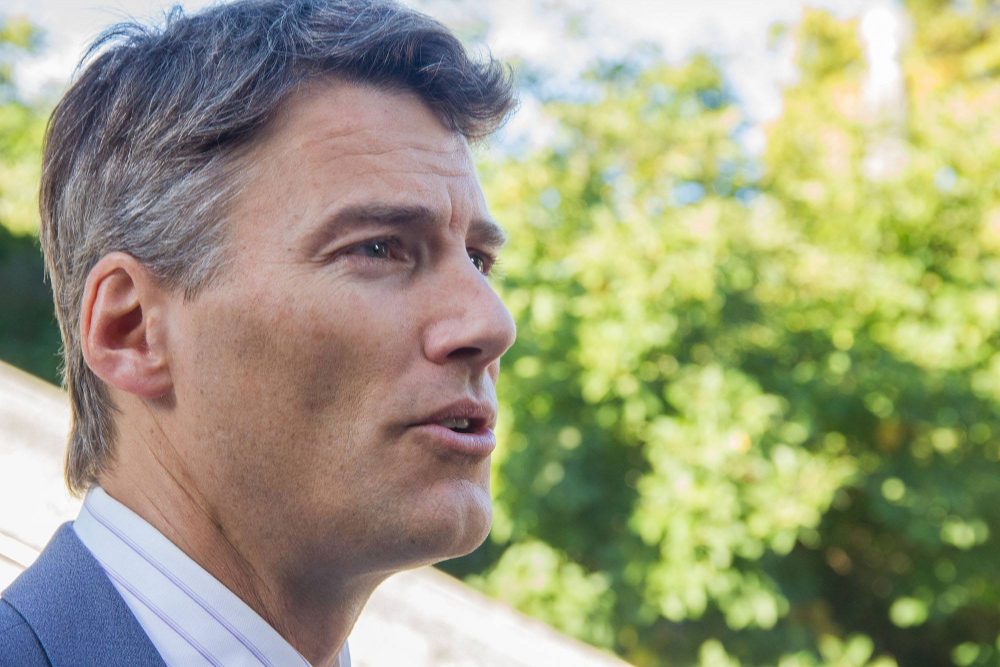 Vancouver Mayor Gregor Robertson has called for the BC government to provide more clean prescription opioids to fight the city’s overdose crisis.

According to the BC Coroners Service, between January and September this year alone, 914 people in BC died when drugs they were taking turned out to contain fentanyl.

Robertson told Daily Hive the fentanyl overdose crisis has been his “number one concern” over this past year.

Robertson said he is continuing to press the provincial government to offer more treatment and clean prescription opioids to people struggling with addiction.

“They need to ramp up those programs as soon as possible to prevent the deadly drugs from killing people,” said Robertson.

The Vancouver Area Network of Drug Users agrees with Robertson, telling Daily Hive previously that it gives people who use opiates a safe, predictable source of the drug.

Prescription heroin on the Downtown Eastside

Robertson’s comments come after BC Greens MLA Adam Olsen question whether we should compare drug dealers who mix in fentanyl to serial killers.

The BC Greens have proposed expanding a project in Vancouver’s Downtown Eastside, which makes prescription heroin available for chronically addicted users.

The service currently has around 135 patients, although two or three more are added every week. On average, patients have used illegal opioids for 15 years.

The clinic is staffed by doctors, nurses, social workers and addictions counsellors, and offers life-skills counselling, housing referrals and direction to legal assistance.

“When they have access to our clinic, over and over again I’ve seen their lives transformed as they get healthier,” said MacDonald.

“The illegal activities they’re involved in, in order to purchase the illicit opioids disappears, and they get psychosocial help.”

MacDonald said the clinic’s treatment is not only more effective than methadone and oral treatments for this group of people – it’s also more cost effective.

“It should be available to people who need it.”

A statement provided to Daily Hive from the Ministry of Mental Health and Addictions previously said the government supports “limited” expansion of prescription heroin.

“The continued loss of life underlines the seriousness of this crisis and how it affects people from all walks of life and in every corner of this province,” read the statement.

“This cannot be allowed to become the new normal, and we need to seek other solutions that are bold and innovative.”

The ministry expects Crosstown will have space for 50 more patients next year, but prefers to expand access to suboxone, methadone, and hydromorphone, as treatments.

“Our focus has been on improving access to injectable hydromorphone, as studies show it to be as effective as prescription heroin, and it is more readily available,” reads the statement.

Meanwhile, Robertson pointed out the City had approved new drug testing equipment to be used at supervised injection site Insite.

“We’re the first city anywhere to do that. We’re continuing to do all we can to support volunteers and first responders to keep people alive,” said Robertson.

“But the big push has to be to ensure people with addictions have access to clean drugs and to treatment, so they’re not at enormous risk of dying every day.”