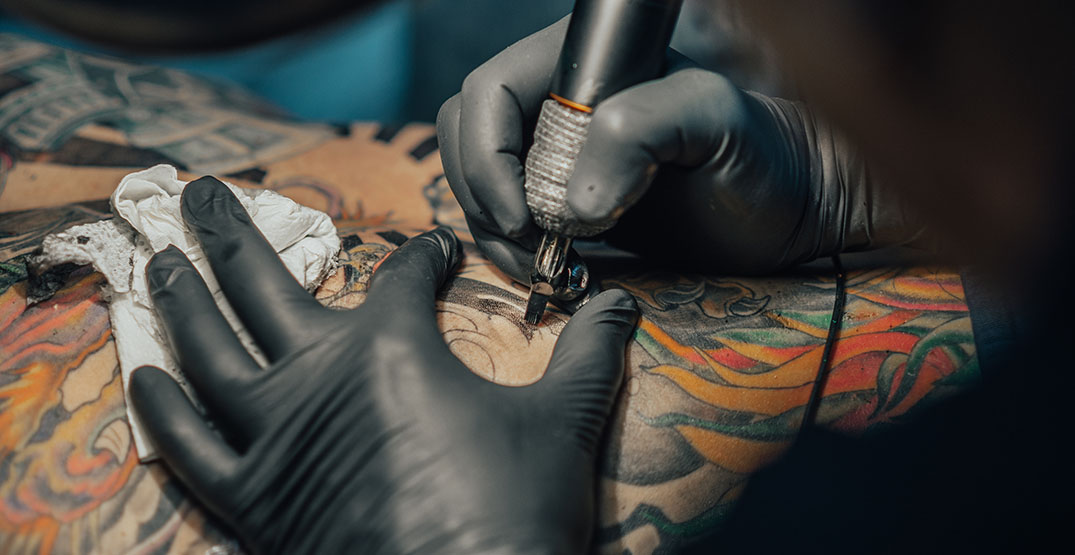 The account, @victims_voices_canada, launched on Saturday and has already shared stories about more than 20 artists in BC, Alberta, Ontario, and Quebec.

“I support these victims and believe their stories,” the person who started the account said on Instagram. They identified themselves only as an artist and sexual assault survivor who’s been in the industry for more than 20 years.

The stories have prompted at least one accused artist to stop tattooing and several shops to fire employees. 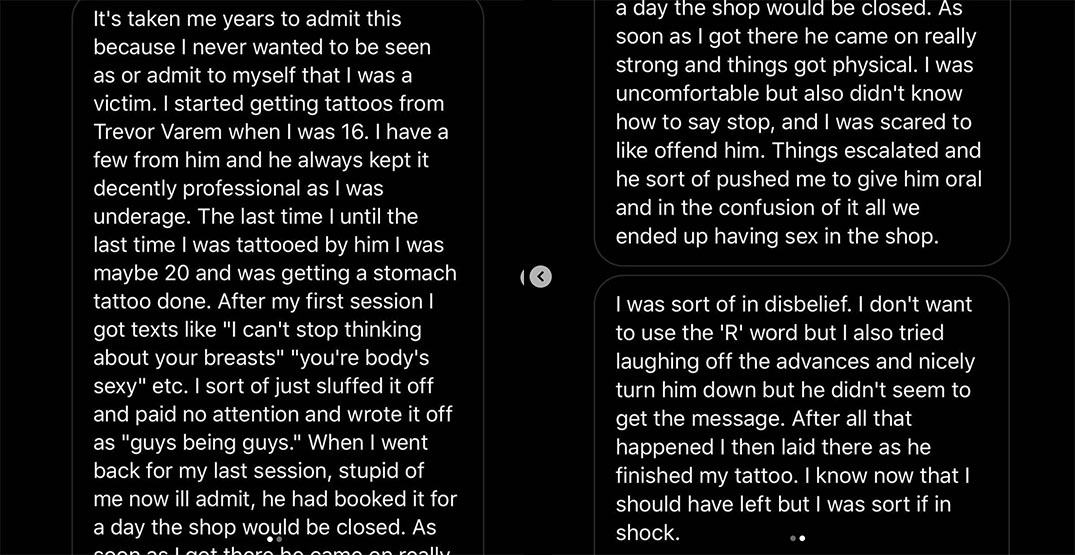 On Sunday, Varem deleted his tattoo portfolio from his Instagram and posted a message acknowledging the accusations and vowing to “do better.”

“I don’t think it’s right to showcase and profit from my work when it is on the bodies of people who I’ve wronged,” the Calgary artist wrote.

He also said he’s taking an “indefinite break” from tattooing.

In light of everything posted and to focus on my response above. I will be removing all content as most of the claims are anonymous. I don’t think it’s right to showcase and profit from my work when it is on the bodies of people who I’ve wronged.

“We are deeply disturbed by this allegation, and as always, we stand in solidarity with survivors,” the shop said in a statement.

Carne also revealed a client emailed them in 2019 saying she was sexually assaulted by Hadden during an appointment, and they worked with the survivor to find a path forward. At the time, the shop thought it was an isolated incident and the survivor was satisfied with the resolution.

“It is now clear that this employee’s actions were not a one-off, but rather a piece of a disturbing pattern,” Carne said. “In retrospect, we should have terminated this employee immediately [in 2019] as this disgusting behaviour has no home in our industry or our shop and our failure to immediately act upheld a system that protects aggressors and continues the cycle of victimization.” 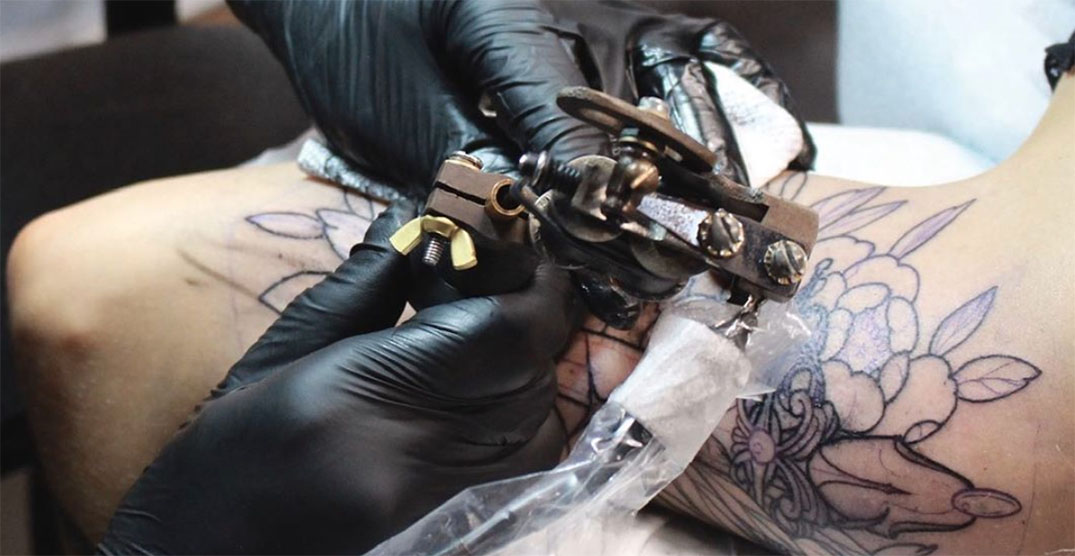 In Vancouver, tattoo shop Adrenaline launched an investigation over allegations that one of their artists traded sexual favours for tattoos.

“We take this and all accusations of harassment in all forms very seriously,” shop owner Dave Nixon told Daily Hive.

“Our plan currently is to bring in a third party unbiased investigator to ensure all parties are heard. Following the investigation we hope to be able to make an informed decision on how to proceed.”

The post about the Adrenaline artist has since been deleted from @victims_voices_canada‘s page. Nixon said it could have come down after the page investigated the claim’s validity, but the Instagram account says it only deletes stories at request of victims.

Painted Lotus Tattoo in Victoria and Immaculate Concept Tattoo in Calgary have both let go staff members over accusations posted to the pages. Grapevine Tattoo in Vancouver also cancelled a guest artist who was supposed to come to the studio over allegations.

Allegations ranging from sexual assault to unsolicited pictures of genitalia following appointments have also surfaced on the Instagram account. Sister pages focusing on local allegations of abuse in BC, Alberta, and Montreal have also been created since the original started.

We hear you, we are you. Send us your experiences- see highlights for resources. #timesup #metoo #britishcolumbia

The pages share resources for sexual assault survivors and highlight artists who have volunteered to cover up or re-work tattoos from predatory artists for a discounted fee (or completely free).

The person who started @victims_voices_canada says they want to make tattooing a safer experience for prospective clients.

“It’s my hope Canadian tattooing will rise above this behaviour and be better,” they said. “But in the meantime it’s my hope abusers will be known and stopped.”

Daily Hive reached out to interview the people who run the account, but the founder said they were worried about being identified.