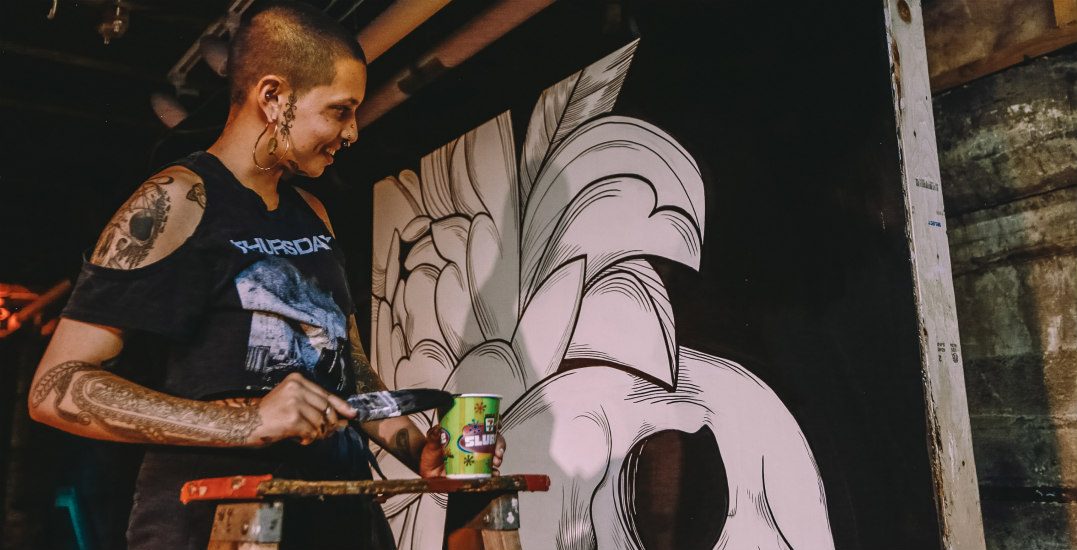 Almost everyone who has a tattoo can tell you about the story behind its design, personal meaning, and how it reflects a part of them. That’s the beauty of tattooing: it allows stories to be told through artful self-expression.

One Vancouver-based tattoo artist and muralist who is passionate about the connection between tattoos and identity is Ciara Havishya. 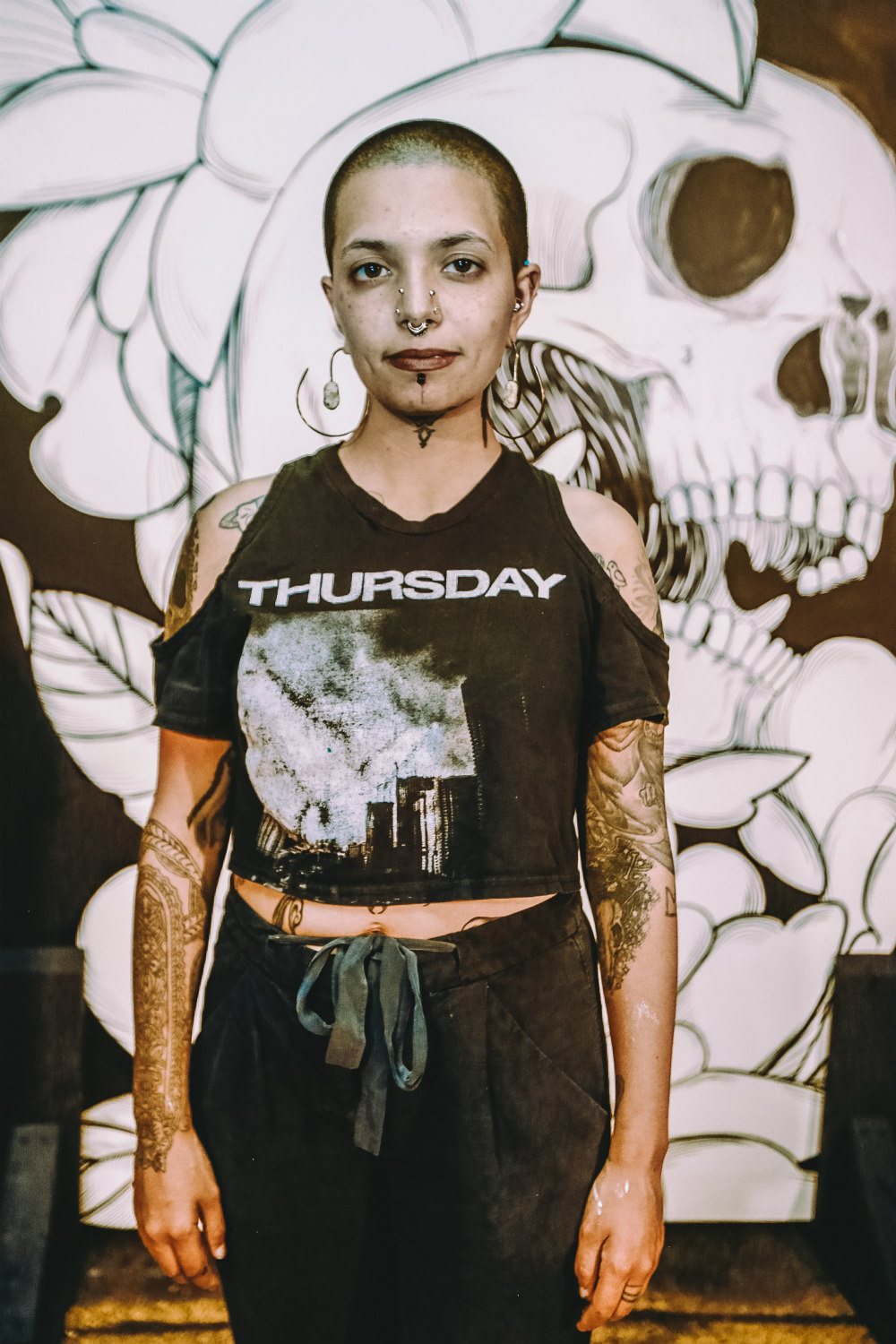 The artist, who uses the pronouns they/them, says tattooing is the only goal they’ve had since they were a teenager growing up in Alberta.

“I kind of built my life around [tattooing]. There weren’t a lot of women or role models around that really represented being independent or being strong in a way that I looked up to,” Havishya tells Daily Hive.

By the time Havishya was in their fourth year of art school, they were tattooing full-time, an endeavour which led the artist to open and run their own tattoo shop for three years. “It was a bit of a backwards entry into tattooing, but it did the trick for me,” says Havishya.

Most recently, Havishya transferred their passion for tattooing to their first piece of work for a commercial brand, by refreshing Vintage Ink Wine labels. They also created a massive Vintage Ink mural inspired by their label art for an underground event as part of the brand’s re-launch.

What stands out to the artist is the timeless and emotive octopus label design they created for Vintage Ink Wine, which was inspired by antique art and tattoo culture

“I was trying to adhere by older, traditional principles of what a good tattoo should be and then apply this to the design, while still making something that transcended the line between tattoo and a label,” says Havishya. The artist says they were drawn to creating a design that would be “timeless,” while also having “emotion and prescience,” so that people would be able to tell what it is from across the room.

“It looks a lot like my work, and I think that’s a nice thing to see in a label,” Havishya adds. 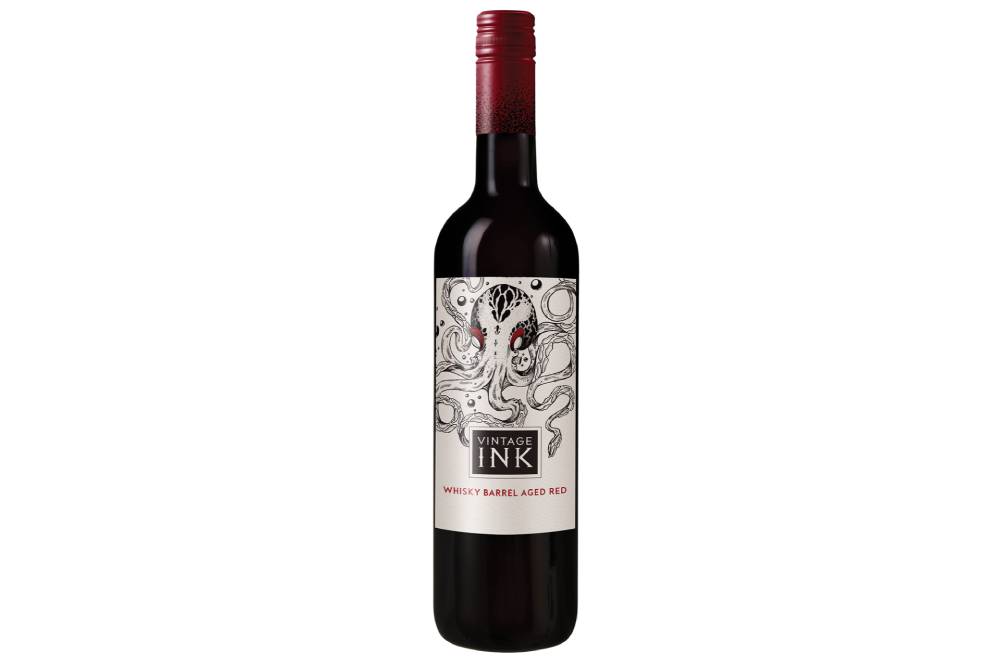 At the start of their career, encounters with tattoo culture through TV and magazines really spoke to Havishya, a person of mixed heritage with Indian and Scottish lineage.

“I saw a way out of my own circumstances through this art form and through the manifestation of people modifying their bodies in their own way, going against the grain.”

Havishya explains that having short hair and exploring gender were tied in with their own body modification journey. “Being able to express myself and who I was, so that people could see me for who I was, threatened a lot of people in my family,” they explain. “It threatened people around me, and I think it definitely put me in some scary situations. But it also allowed me to feel okay in my own skin and feel like I was living authentically.”

Today, helping others express themselves through tattoo means everything to the artist. Havishya doesn’t believe in “slapping designs on people.” Instead, they “design together and adapt designs to the body as much as possible.” This could be anything from representational tattoos of animals and plants to non-representational patterns.

“I love the way my clients talk about feeling like they have armour on, or that they feel as though they have this very elegant, powerful symbol of themselves that goes beyond, ‘a cat’ or ‘a pumpkin.’ It’s something that goes to the core of who they are, and I’ve found so many different iterations of that.”

Likewise, it means a lot to Havishya to get tattooed. They have a tattoo on their arm by an artist named Stuey Teekasingh who works at the shop in Calgary where they’ll be moving in November. “He’s a terrific artist with art that resonates, and it meant the world to me to get a design that came from the heart which embodies me so perfectly and looks like it was always there.”

Havishya’s coworker Rachel Clark also tattooed designs on their face which are truly special to the artist.

A special facet of Havishya’s work has been to interact with the Indian diaspora in ways they hadn’t experienced outside of tattooing.

When it comes to inspiration for tattoo designs, Havishya says they make it a part of their job to look for inspiration in everything.

Tattoo artist and muralist Havishya is passionate about working on more diverse projects in the future as they allow them to work in another inspiring realm of design.