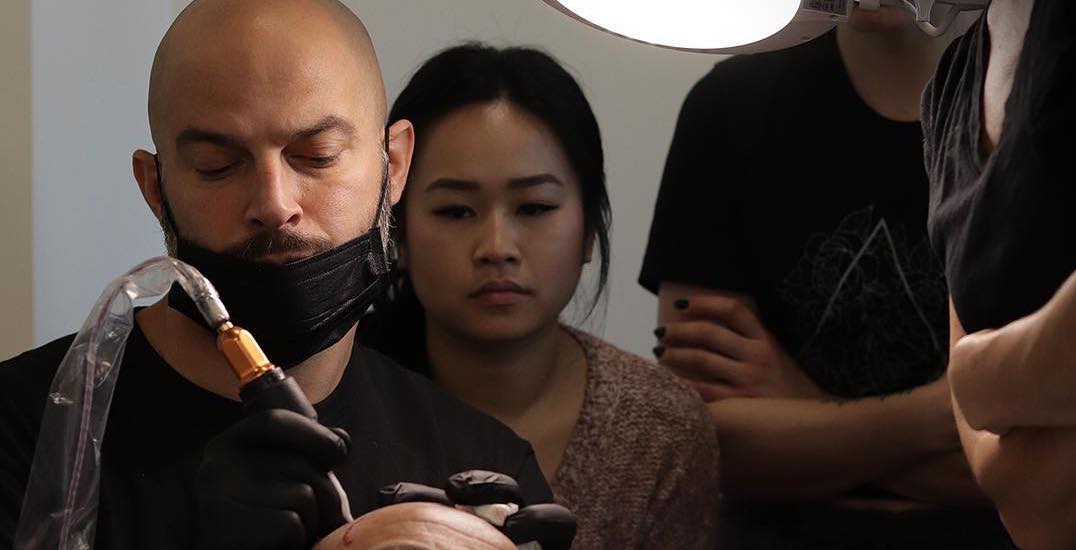 If you or someone you know has suffered from any form of hair loss, then you will know the effect it can have on your self-esteem. Local tattoo artist Billy DeCola is redefining hair loss treatment for men and women who are battling baldness, thinning, scars, and alopecia.

Those who are familiar with the tattoo industry may recognise DeCola from his appearance on hit reality TV series N.Y. Ink, which aired on television network TLC between 2011 and 2013.

Initially specializing in traditional Japanese pieces, DeCola opened his own private studio in 2016 — Kiku Tattoo Parlour — where he quickly made a name for himself and amassed a global following.

On one particular occasion, DeCola recollects a time when he noticed a scar on his brother’s head, following which DeCola concealed with a tattoo that mimicked hair follicles. He says, “It wasn’t called scalp micro-pigmentation then. It was just a hair tattoo.”

Realizing that this was a procedure that could potentially help a lot of people who were suffering from self-esteem issues due to hair loss, he worked on his technique and created his own scalp micro-pigmentation (SMP) procedure. Using a single needle to make pigmentation dots to mimic the hair on the scalp, he concluded the technique could be used by both men and women to get the illusion of a natural, full head of hair.

DeCola then proceeded to open a clinic solely dedicated to scalp micro-pigmentation, Vancouver Scalp, located adjacent to Kiku Tattoo Parlor. He isn’t the only one to perform the procedure, too. He is supported by a team of artists who were hand selected from his SMP Training Courses, which he holds monthly at the clinic.

The procedure has gone on to become globally-recognized, with clients flying from all over the world to receive scalp micro-pigmentation tattoos, or to attend the training courses to learn the procedure from DeCola himself.

DeCola commented on the procedure, saying that it has made him view tattooing in a different light by helping an individual gain their confidence back. He says, “It’s one thing to make a pretty picture on someone’s arm, but it’s another thing to eliminate someone’s confidence buster.”

For more information about scalp micro-pigmentation, visit Vancouver Scalp at vancouver-scalp.com, or contact the clinic at 604-430-4990 to book a free consultation. The clinic is located at 3299 Smith Avenue, Burnaby.