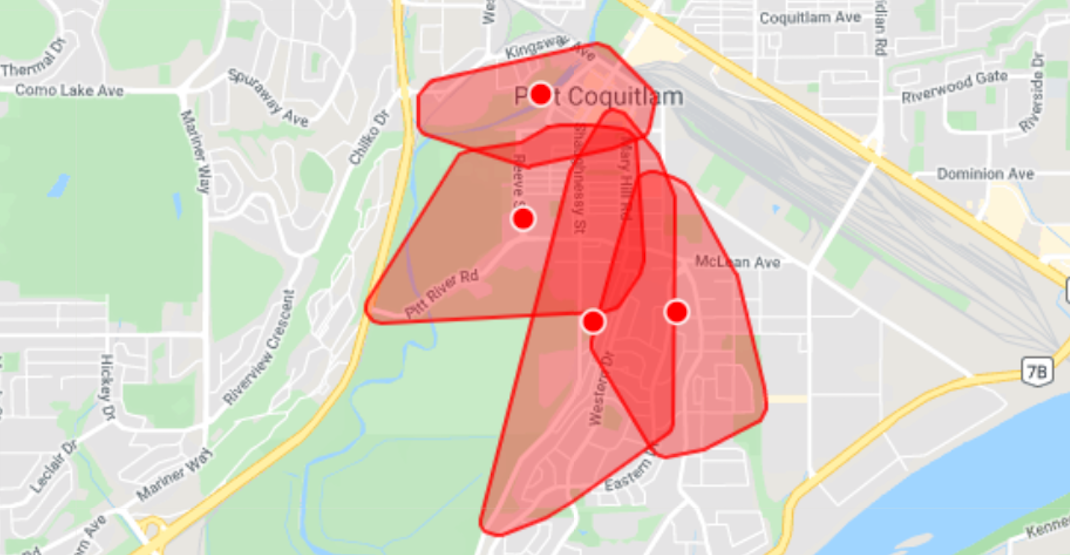 UPDATE 3:51 PM: BC Hydro says a transmission crew is on route to the Coquitlam substation and should have 6,500 customers in Port Coquitlam restored by 4 pm.

We have a transmission crew on route to the #Coquitlam substation and hope to have 6,500 customers in #PortCoquitlam restored by 4 p.m. https://t.co/0VX4iOVB6P

According to BC Hydro, the “large outage” is currently affecting customers in Port Coquitlam and Maple Ridge.

A crew will be heading to an outage affecting 6,500 customers in #PortCoquitlam. They’ll share updates as available here: https://t.co/OplOMEUSvO pic.twitter.com/WRrxXMPTC3

A crew has been assigned to an outage affecting 3,540 customers in #MapleRidge. They’ll share updates here: https://t.co/vvBCWO4LaY pic.twitter.com/YTqTzcS9iW

“Crews are on their way and will provide updates on restoration times once damage has been assessed and work to repair the damage begins,” said BC Hydro.