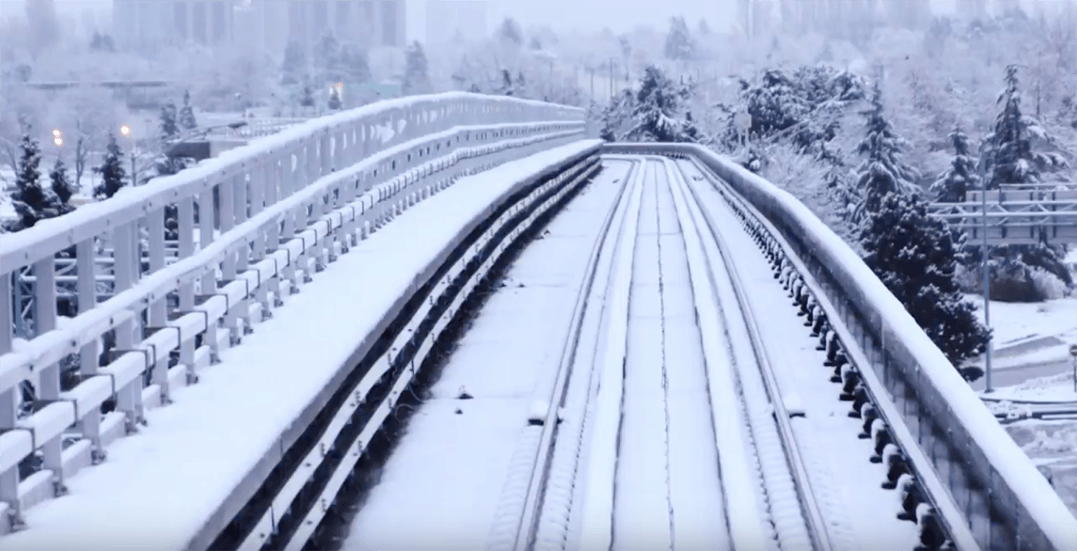 TransLink has activated its snow plan ahead of the conditions forecasted for Metro Vancouver tonight and throughout Friday.

In a release, TransLink says it is planning ahead to ensure that “transit service stays as reliable as possible.”

Extra staff have been called to assist customers and coordinate service, municipalities have been contacted to coordinate snow clearing, Millennium Line trains have been organized into four-car configurations to increase capacity while SkyTrain attendants monitor guideways, special trucks have been deployed to spread anti-icing solution on trolley wires, and some trolley buses have been equipped with brass “cutters” to help slice through ice if wires are frozen.

Naturally, customers are advised to dress for the elements, expect occasional delays, and stay tuned to TransLink’s Twitter account for up-to-date information.

Environment Canada says that a low tracking system is spreading moisture across the south coast of British Columbia. Since temperatures are near the freezing mark, a mix of rain and snow is forecasted through the region.

At this point in time, it’s believed that the Frazer Valley, Howe Sound, and higher elevations of Metro Vancouver and Vancouver Island “have the potential for snowfall accumulations to exceed 5 cm through Friday morning.”