This latest stage of consultation focuses on the proposed locations of the stations and elevated SkyTrain guideway, specifically the segments of the route where the tracks will run on the north or south side of Fraser Highway, or in the centre of the roadway within a median.

The vast majority of the 16-km-long route, specifically between 152 Street Station and the area of 190 Street Station, is proposed to run on the north side of the roadway.

Planners say considerations on the guideway’s alignment include minimizing property impacts, construction costs, the number of times the guideway crosses over the roadway, and traffic impacts, as well as the ease of construction. 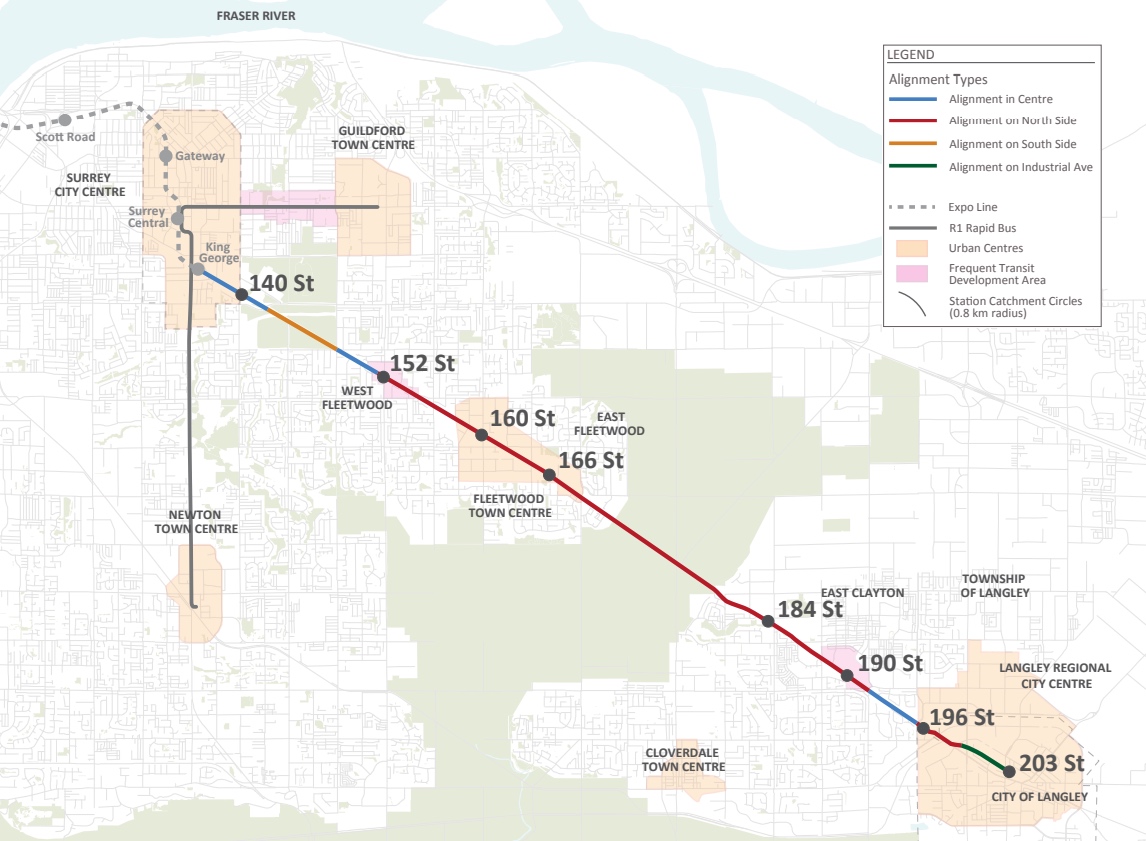 For the guideway span running through Green Timbers, some trees will need to be cut to allow for the necessary space to build the guideway and perform a road widening. An exact location for 140 Avenue Station, serving the expanded Surrey City Centre area, has not been determined, as there is a desire to avoid significant impact to the creek and trees on the western border of Green Timbers.

At the new easternmost end of the Expo Line, the guideway leading to the terminus station will transition from Fraser Highway and onto Industrial Avenue, which has been identified as an important corridor for economic growth for the City of Langley.

With the design of the stations, the same standard as the recently-built Evergreen Extension stations can be expected, including sufficient size to accommodate future ridership growth and both up and down escalators to all levels of the stations. There could also be provisional space for future washrooms.

As previously announced, there will be eight stations, three bus exchanges, park-and-ride facilities, and the acquisition of 55 additional train cars. A new train yard and maintenance centre will also be constructed to accommodate the future growth of the train fleet across both the Expo and Millennium lines.

During a technical briefing today, Geoff Cross, the vice-president of planning and policy for TransLink, told media discussions with senior governments to approve the business case for the SkyTrain project to at least Fleetwood is “promising,” with planners hoping to receive an approval by late Spring 2020.

“To go to Fleetwood, the funding was approved for the LRT project equivalent. No new funding is required,” Cross reaffirmed.

But TransLink’s desire remains building the entire project from King George Station to Langley Centre in one phase for cost efficiency and economic reasons. If an additional $1.5 billion is secured in time to fully cover the estimated $3.1-billion cost of the complete project, it can also be built by 2025. Construction is slated to begin in 2022.

“It can be constructed in phases, but the desire is to build it all as one project. We have this money in hand to Langley so we’ll go forward with that for now,” he said.

The project is being planned as a single project, so that TransLink has the ability to shift gears from reaching Fleetwood to reaching Langley Centre during the procurement process.

The current consultation also seeks feedback for the potential of bus rapid transit along the 11-km-long 104 Avenue and King George Boulevard corridor.

An online survey will be open for feedback from now through November 17. Several community open houses are also planned during this period. 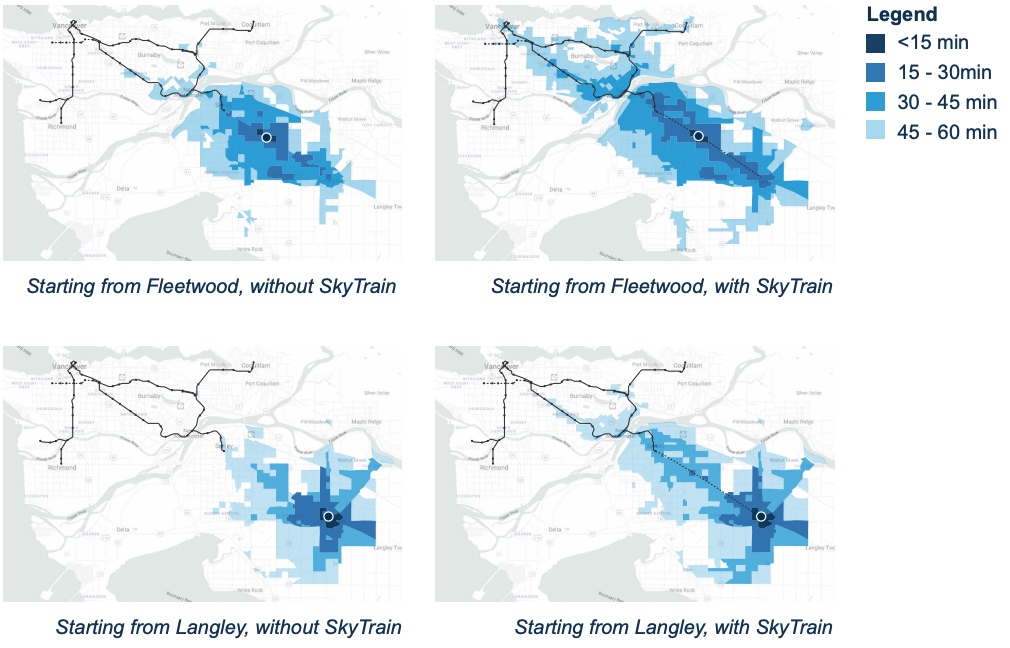