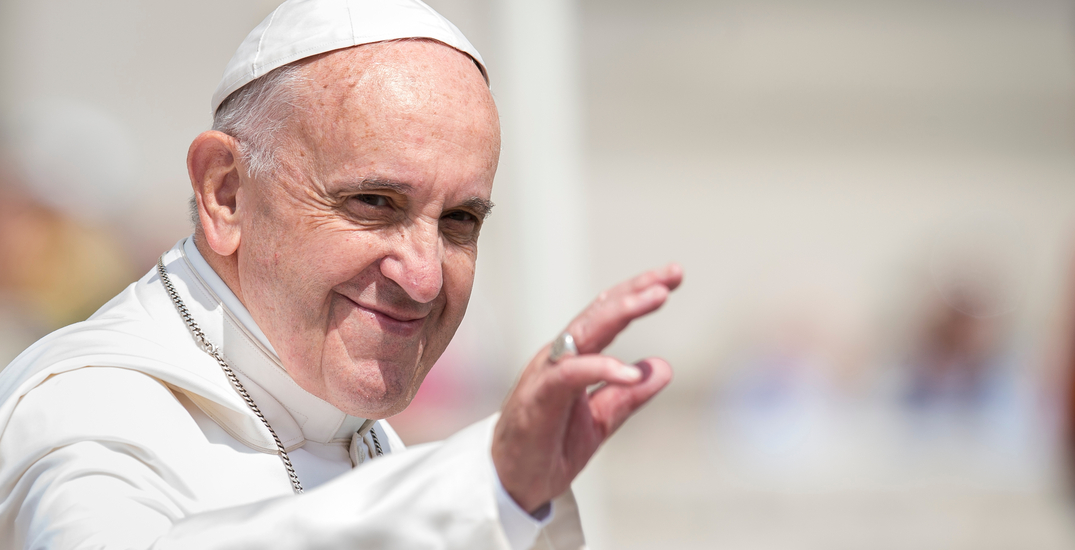 Pope Francis has expressed his “willingness” to visit Canada to speak with Indigenous people about the legacy of residential schools.

In a press release from the Holy See Press Office, the Vatican said that the Canadian Conference of Catholic Bishops had invited the Pope “to make an apostolic journey to Canada.”

The Canadian Conference of Catholic Bishops (CCCB) issued a formal apology for the impact of residential schools on Indigenous people in September. In that statement, they announced that a delegation of youth and residential school survivors would go to Rome to sit with the Pope in December.

“The Bishops of Canada have been engaged in meaningful discussions with Indigenous Peoples, especially those affected by Residential Schools who have shared stories about the suffering and challenges that they continue to experience,” CCCB President, the Most Rev. Raymond Poisson, said in a statement “We pray that Pope Francis’ visit to Canada will be a significant milestone in the journey toward reconciliation and healing.”

The delegation to Rome is set to take place from December 17 to December 20.

There is no timeline for the Pope’s arrival in Canada; the statement from the Vatican said that a time would be decided in due course.

Indigenous people have been calling the Pope and the Catholic Church to apologize for years. It is one of the 94 calls to action set out by the Truth and Reconciliation Commission in 2015.

In 2018, the Pope refused an apology. In a now-deleted open letter published on the Canadian Conference of Catholic Bishops website, a statement read: “After carefully considering the request and extensive dialogue with the Bishops of Canada, he felt that he could not personally respond.”

You can read an archived version of the deleted statement here.

The latest news from the Vatican doesn’t indicate if the Pope intends to issue an apology.