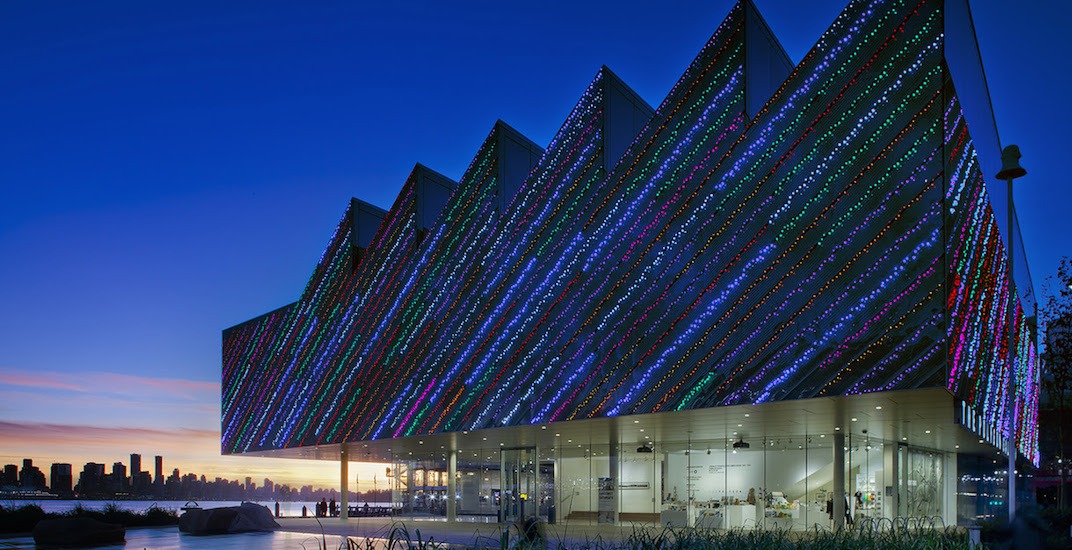 The exterior facade of The Polygon Gallery at the Lonsdale waterfront in North Vancouver now doubles as a new dynamic public art installation that uses light and sound.

Multi-coloured lights line the entire exterior facade of the art museum as part of a new public art piece called Reckless, by Kevin Schmidt in collaboration with the Burrard Arts Foundation.

The lights are animated and blink in sequence to a soundtrack composed by Schmidt, with the soundtrack based on Bryan Adams’ 1984 album Reckless.

The accompanying soundtrack to the public art display can be heard on the building’s outdoor speakers or on radio station 87.8 FM. It will run daily from 4 pm to 11 pm. 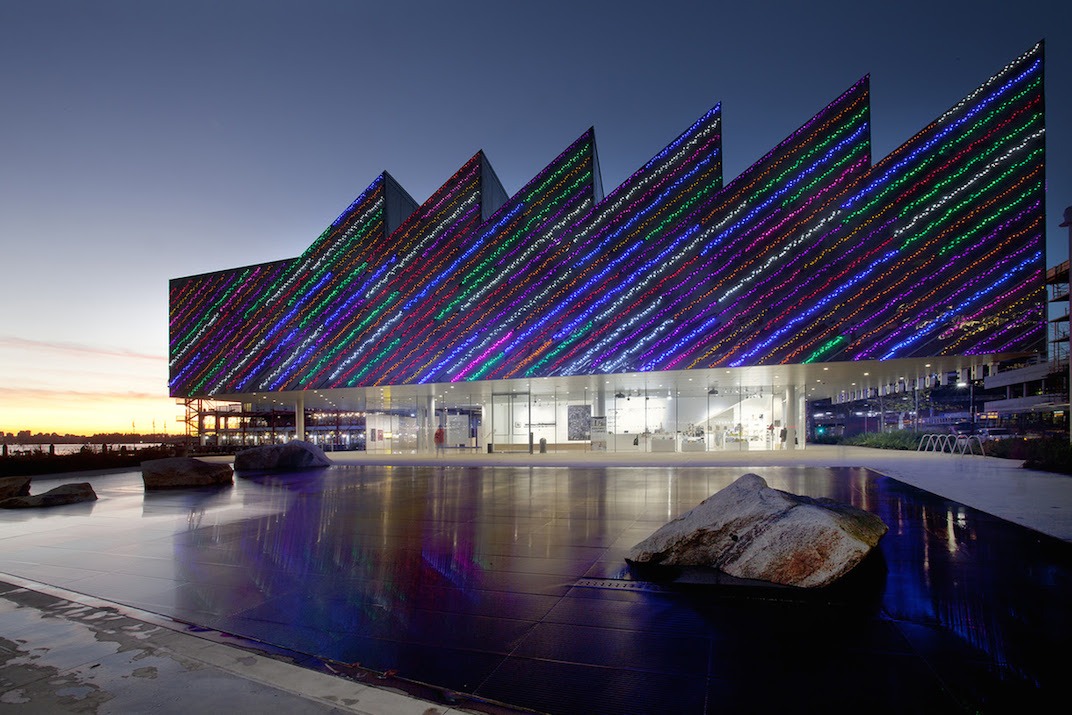 According to a release, Schmidt has made similar light installations elsewhere in Canada, including a 2013 piece at his Newfoundland studio and a 2014 display that covered a rural farm homestead. Earlier this year, he also staged a major solo exhibition at the Vancouver Art Gallery.

“Recurrent in Schmidt’s art are references to pop culture and special effects, calling attention to the nature of spectacle and the tension between skepticism and wonder.”

The Polygon Gallery was completed late last year at a cost of $20 million. Admission into the 24,000-sq-ft museum is free or by donation.