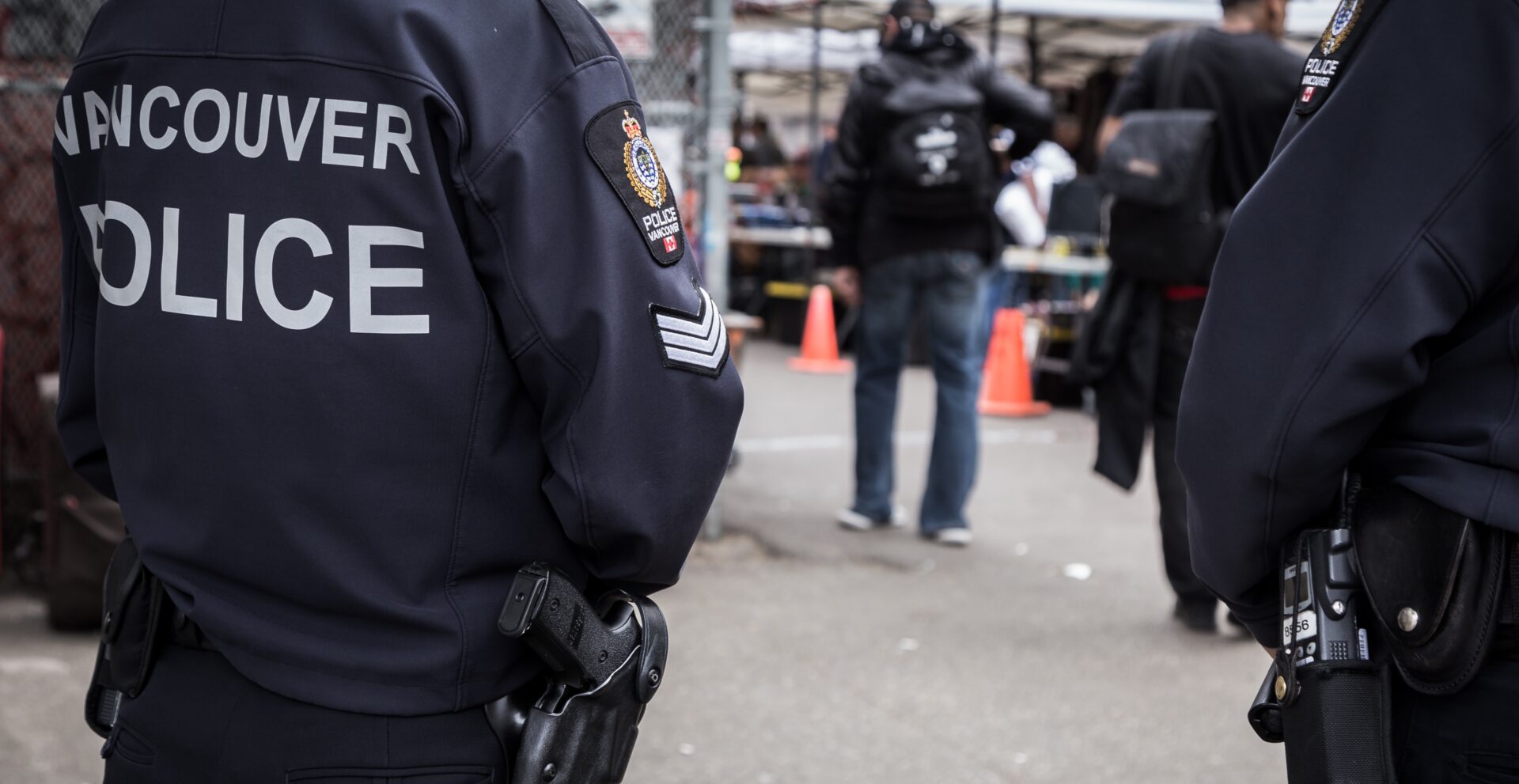 On Saturday, July 30, a chaotic scene unfolded on Hastings Street where a police officer shot a suspect who had allegedly assaulted an officer.

A suspect has been charged with aggravated assault following the incident.

According to Vancouver Police, two officers were patrolling near East Hastings and Columbia Street at around 8 am on Saturday “when a man carrying a weapon approached their police car and struck an officer on his head through an open window.”

“A VPD officer attempted to stop the attack by deploying a taser, but ultimately the suspect was subdued after shots were fired,” said police.

The suspect, 52-year-old John Corey McKay, was shot and injured by Vancouver Police. He has been charged with one count of aggravated assault and remains in hospital with injuries. Their next court date is August 3.

After the incident, the officer sustained a “serious head injury” and was brought to the hospital.

On social media, reports and videos circulated alluding to a police altercation. At the time, police said that they were dealing with “an unfolding situation on Hastings Street” but that there was no risk to the public, though there were some street closures in place for much of the day in the DTES.

#VanTraffic: Hastings and Columbia are now open for traffic. pic.twitter.com/lOqX8DAfxd

The street was reopened later that afternoon.

A “tent city” has been growing in the Downtown Eastside neighbourhood, and last week, residents were ordered to clear the area as Vancouver Fire Rescue called for the immediate removal of all tents and structures on the sidewalks of East Hastings Street.

Residents were given the notice to move voluntarily. The first phase of the process to clear the tent city occurs between July 27 and August 2 and focuses on “providing people with information and voluntary removal.”

Then, the second phase, set to begin on August 3, “will include City staff support for the removal of structures,” the City told Daily Hive last week.