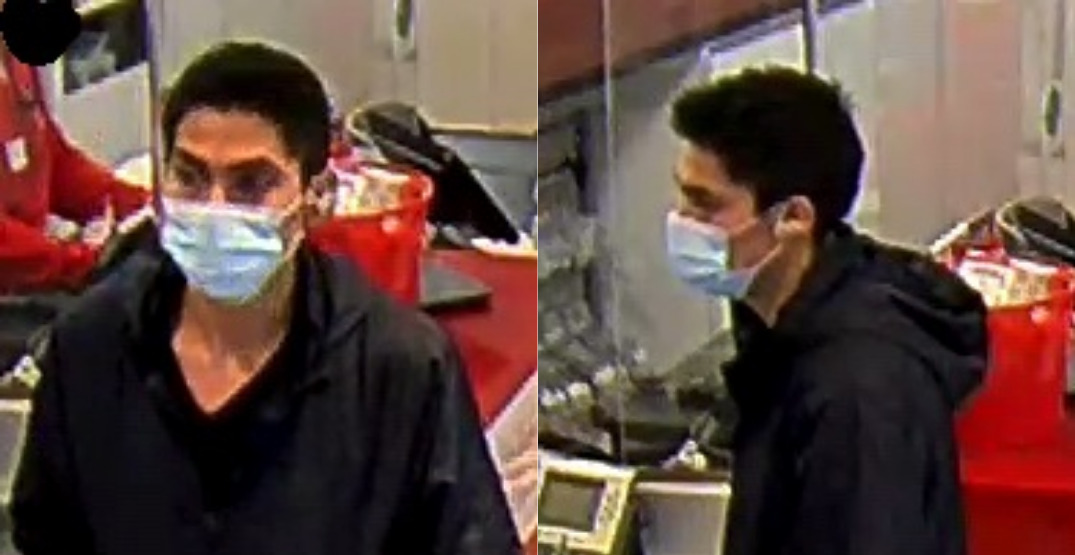 On February 11, police responded to an incident at Metrotown mall that involved a peeping Tom in a change room.

The incident happened in the evening at around 8 pm, when a woman was changing in her fitting room. She discovered that the person in the next stall was recording her with his phone.

The woman confronted the suspected voyeur with the help of some of the other customers at the Metrotown store. Police have not identified what store the incident took place in.

Unfortunately, the suspect was able to flee before police arrived, but officers have released photos of the alleged peeper, as well as a description.

Burnaby RCMP suggests the man is approximately 6 feet tall, in his mid-20s, with short black hair, and was clean-shaven.

At the time of the incident, he was wearing a dark blue jacket, blue jeans, and white sneakers.

The RCMP is calling the incident a case of voyeurism and even though it doesn’t seem to be widespread, they’re warning the public to stay vigilant.

“While there have not been similar reports of this nature recently, we want the public to be aware,” said Burnaby RCMP Corporal Mike Kalanj.

“If you have any information that can assist in identifying the suspect, please call the Burnaby RCMP.”