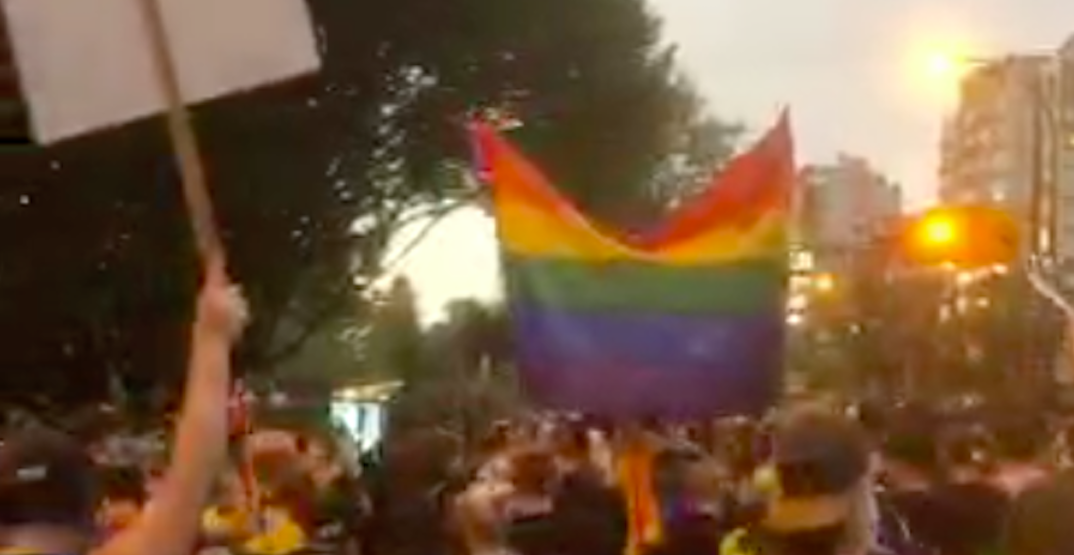 The Vancouver Police Department (VPD) and Mayor Kennedy Stewart issued statements after the leader of an anti-gay Christian ministry made an appearance on Monday evening.

The appearance was part of a Canada-wide tour by Toronto-based David Lynn, the head of Christ’s Forgiveness Ministry who is known in the city for his street preaching and staging a march through the city’s gay village.

Mayor Kennedy Stewart wants to make it clear that the leader of an anti-gay Christian ministry, as well as his associates, are not welcome in Vancouver.

“I cannot say this strongly enough,” Kennedy writes. “Hate directed towards Vancouver’s 2SLGBTQ+ community will not be tolerated.”

Kennedy says that he’s “hearing from the 2SLGBTQ+ community” and will do “whatever it takes to make the vitriol, violence, and harm stop.”

In addition, the mayor says he’s working with BC’s Attorney General, David Eby, to create a policy addressing the harm and violence caused by the preacher.

“Davie Village is such an important local, provincial, and national neighbourhood, and it must be protected and nurtured,” writes Kennedy.

The VPD explains that while they “understand the frustration,” it’s “important to know that police cannot arrest someone if a crime has not been committed.”

A statement shared by police on social media argues that the preacher’s activities “did not meet the Criminal Code threshold of inciting hate.”

“When responding to protests, police cannot take sides, even if police officers are personally opposed to or offended by what is being said,” Constable Tania Visintin tells Daily Hive in an email.

“Any action by our officers must be necessary, legitimate, legal, and proportionate to the situation.”

The preacher’s appearance at Sunset Beach on Monday evening was greeted by protesters. Prior to the preacher’s arrival, a former member of the ministry and another man were arrested for breaking a man’s leg.