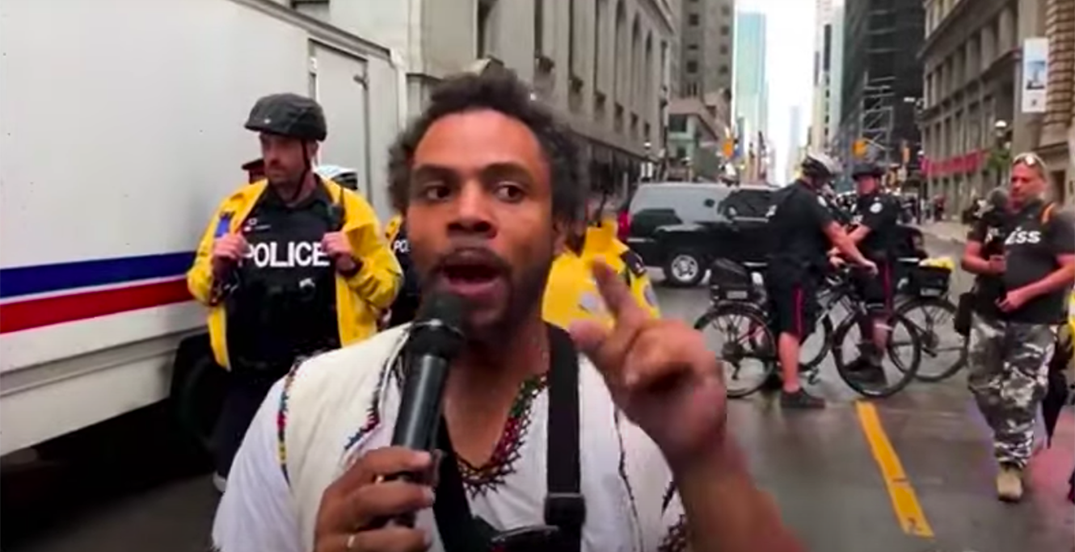 The leader of an anti-gay Christian ministry that recently saw two of its adherents arrested for allegedly assaulting a man in the city is coming to Vancouver.

David Lynn, head of Christ’s Forgiveness Ministry, is travelling across the country as a part of a Canada-wide religious tour. The Toronto-based Lynn is best known in the city for his street preaching and staging a march through the city’s gay village.

In September 2019, a counter-protest was formed in response to his message, aiming to “resist hate.” Lynn maintains he advocates for the civil rights of Christians, while members of the LGBTQ community say his message is homophobic and discriminatory.

On August 30 and 31, Lynn will be in Vancouver to deliver his message, after a former member of his ministry and another man were arrested for breaking a man’s leg last week.

According to Justin Morrissette, he took a microphone connected to a loudspeaker from a man he identifies as Dorre Love during an anti-gay religious rally in Vancouver’s west end. After this, he was pushed to the ground and says that the group of demonstrators “purposefully broke my leg for the trouble.”

Morrissette identified Love as one of the attackers by name on social media.

Love was previously affiliated with Christ’s Forgiveness Ministry. In a video that appears to be shot in Toronto, he can be seen speaking over an amplifier on a street corner. The caption of the video names Lynn as well.

Dorre also recently posted a picture of Lynn’s speaking dates to his Instagram.

In a GoFundMe set up by Morissette’s brother, it is alleged that this is the second time the demonstrations have set up a loudspeaker in the area this summer.

Vancouver police said they have been called to the area for four previous incidents of the group’s religious preaching. Officers reportedly did stay in the area to “keep the peace.”

“The group was asked to pack up their belongings and leave. At each incident they did do that,” a spokesperson told Daily Hive.

“A disturbance ensued and the individual is suspected to have been thrown to the ground, where they, unfortunately, broke their leg,” police said.

Two men, both members of the religious demonstrations, were arrested for aggravated assault and mischief. Both of these men were transported to the VPD Jail. They were later released under conditions to stay away from the area and have no contact with the victim. Charges have been recommended but not filed at this time, according to the police.

VPD hate crime investigators have also been called in to investigate if hate was a motivating factor in the assault.

Love, who did not identify Morrissette by name, streamed a video to his supporters after he says he was released from jail. He claims he was the victim of assault and is seeking legal advice.