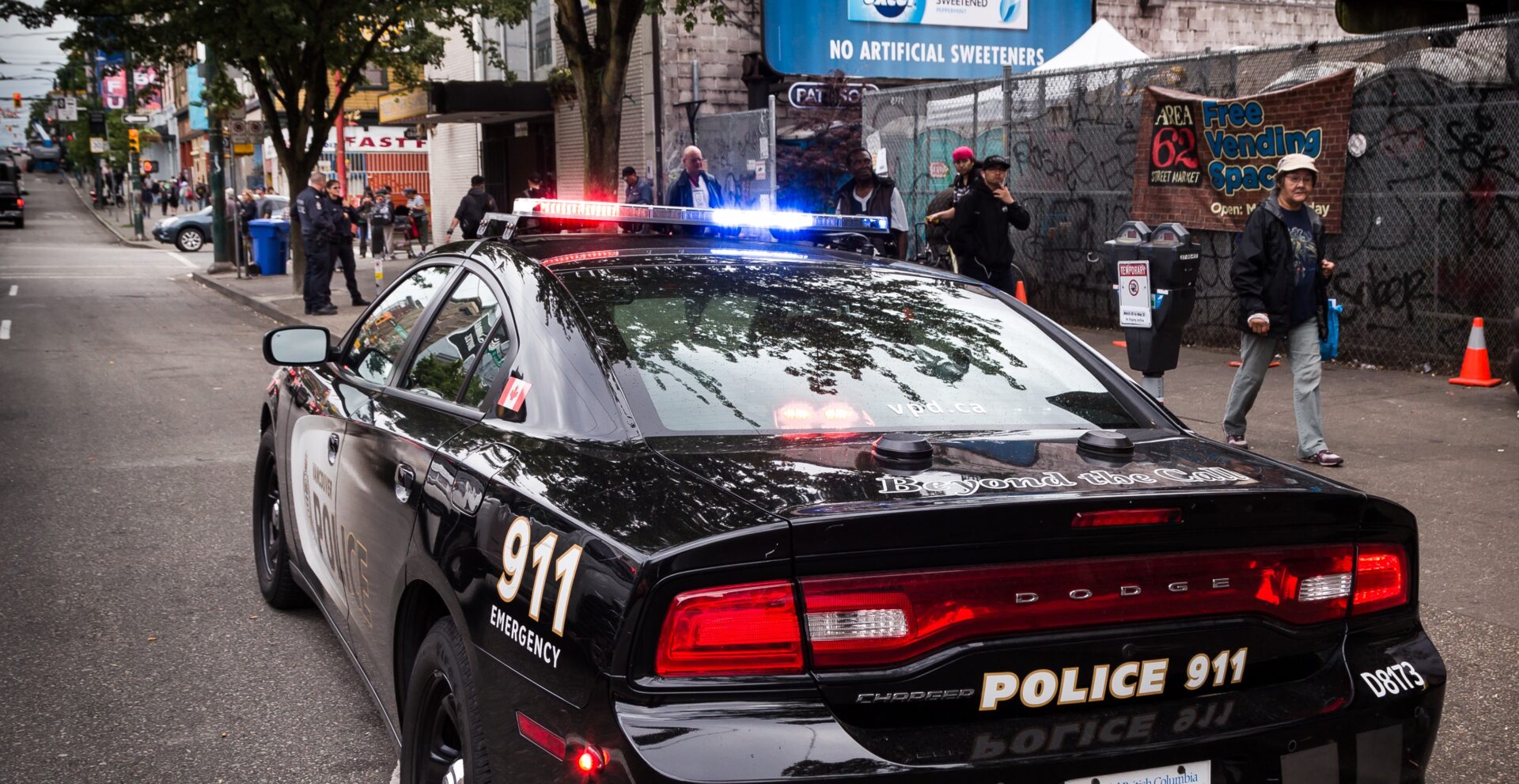 Following reports of a major incident in the Downtown Eastside on Saturday, July 30, Vancouver Police have confirmed that one VPD officer and one suspect have been hospitalized following a police-involved shooting.

After an officer was “allegedly attacked with a weapon while on patrol near the Hastings Street tent city,” Vancouver Police shot and injured a man in the DTES.

“Two officers were sitting in their patrol car near East Hastings and Columbia Street at about 8 am this morning when a man carrying a weapon approached the police car and struck an officer through an open window,” Constable Tania Vistin said in a release.

A VPD officer fired shots during the altercation.

Following the incident, another VPD officer was assaulted by a bystander after arriving to help following the police-involved shooting.

“That officer was not seriously injured and was able to continue his shift after the suspect was arrested,” said Vistin.

Now, VPD’s Major Crime Section and the Independent Investigations Office of BC (IIOBC) are investigating.

@iiobc has deployed investigators to a police-involved shooting in Vancouver in which one man has been injured https://t.co/AOyo5x7vpr

Videos of the scene on Hastings Street this morning circulated on social media, alluding to a police altercation. At the time, police said that they were dealing with “an unfolding situation on Hastings Street” but that there was no risk to the public, though there were some street closures in place for much of the day in the DTES.

#VanTraffic: Hastings and Columbia are now open for traffic. pic.twitter.com/lOqX8DAfxd

Many Downtown Eastside residents were ordered to clear out of the area on July 25 after Vancouver Fire Rescue ordered the immediate removal of all tents and structures on the sidewalks of East Hastings Street in the Downtown Eastside, where a tent city has been growing in recent weeks.

Residents were given the notice to move voluntarily. The first phase of the process to clear the tent city occurs between July 27 and August 2 and focuses on “providing people with information and voluntary removal.”

Then, the second phase, set to begin on August 3, “will include City staff support for the removal of structures,” the City told Daily Hive last week.