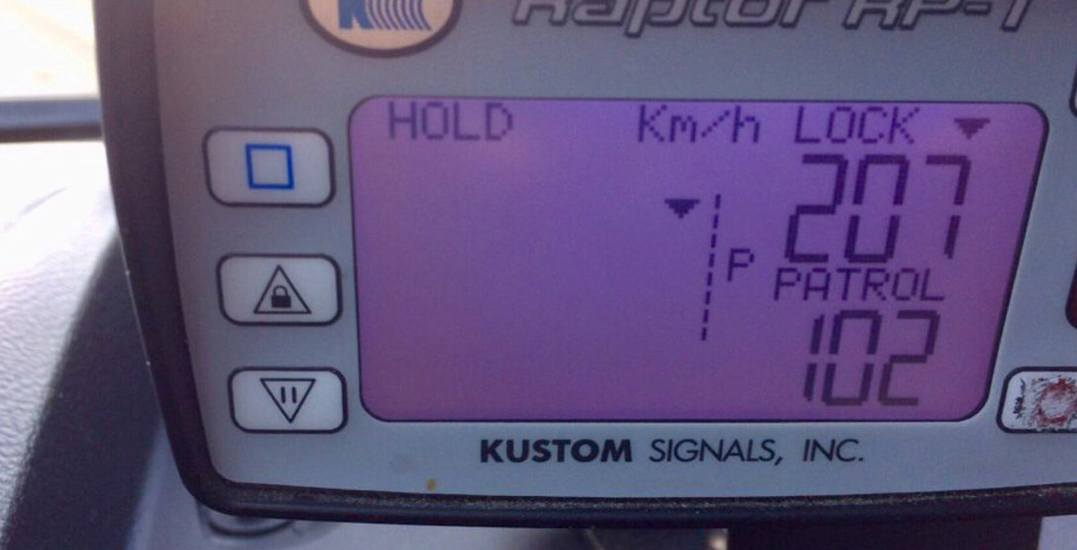 As roads begin to clear up, police are reminding drivers to maintain safe speeds and practice caution.

One motorcyclist, in particular, was given a harsh and very expensive reminder.

Last week, members of the Kelowna RCMP caught a motorcyclist going nearly double the speed limit on a highway.

Upon being pulled over by police officers, it was found that the motorcyclist was also unlicensed and uninsured.

Spring is in the air, roads are bare but motorists are reminded that #RCMP are patrolling for dangerous drivers. Officers impounded a motorcycle Thursday after its uninsured & unlicensed rider was caught going 207 km/hr on Hwy97C. The motorcyclist was fined $1,357 pic.twitter.com/Dr1LtrLnKJ