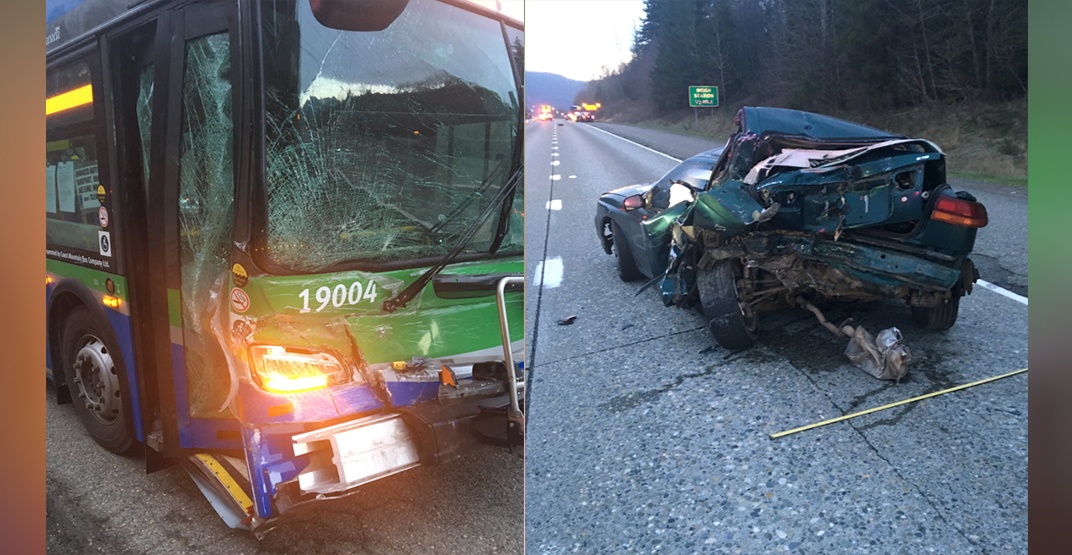 A brand new TransLink bus in the process of being delivered to Metro Vancouver was involved in a deadly collision in Washington State early this morning.

According to local reports, the accident between a new articulated bus and a car happened around 5:30 am on the I-90 freeway near the SR 18 interchange.

In an email to Daily Hive, TransLink also confirmed this was one of its new buses, but it could not provide any further comment due to the police investigation.

The bus sustained significant frontal damage, while the car was destroyed by the impact, with its rear completely crushed.

This year, the public transit authority is on the receiving end of more than 500 new and additional buses. The bus that was involved in this incident, painted with a new green and blue livery, is believed to be a part of the expanded and rebranded B-Line rapid bus fleet.