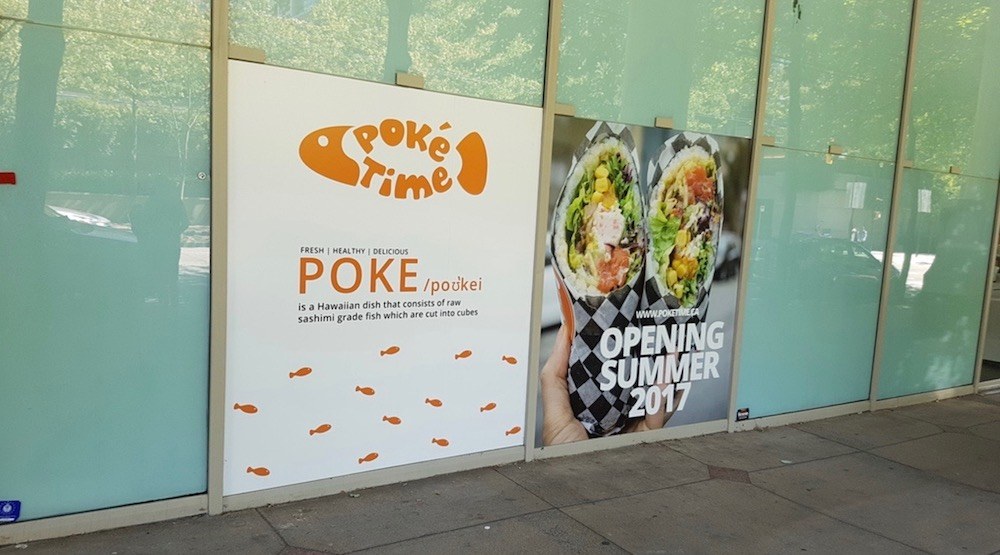 This local purveyor of our favourite cubed-sashimi-and-veggie bowls and burritos is officially opening their third location, adding to their small poké empire which already includes both a Robson Street and a Burrard Skytrain Station location (which just opened on July 17).

The new eatery is located in the heart of downtown at 840 Howe Street – right beside Chipotle – so if you work nearby you can rotate between Hawaiian and Mexican for lunch.

And if that’s not winning at life I don’t know what is.

The signage is up at Robson Court which means more poké is coming! It’s set to open Summer 2017 – so we’ll be patiently waiting and updating you when it opens its doors.

While there are a plethora of places in Vancouver to grab this delicacy, there aren’t any near this third Poké Time, so this spot will be ideal for anyone shopping on Robson or heading home via Granville.