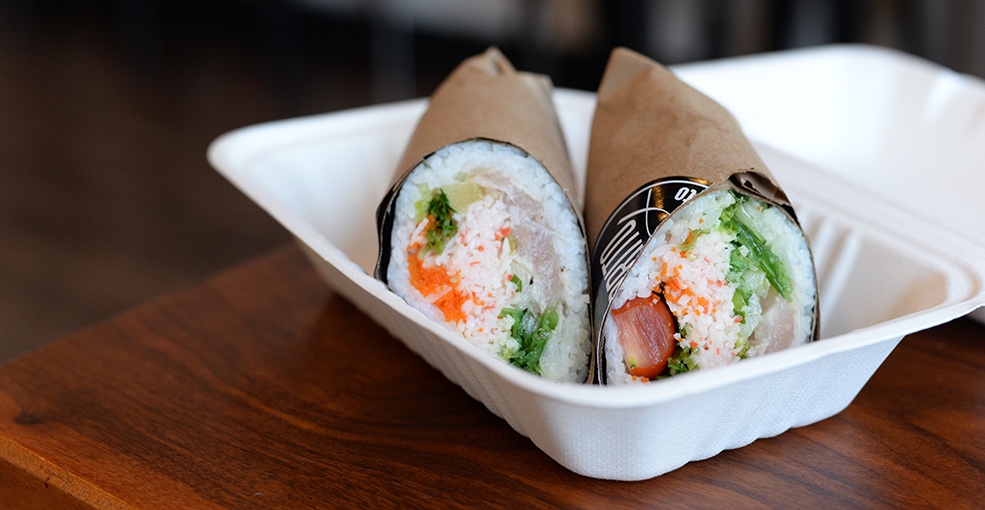 If you’ve ever needed proof that Vancouver is hitting the peak saturation point of our obsession with all things raw fish, look no further than one block of Hornby Street, which is about to be occupied by a Japanese taco shop, a barely relocated healthy sushi joint, a regular ol’ sushi spot, and not one but two poké shops–the latter side by side. 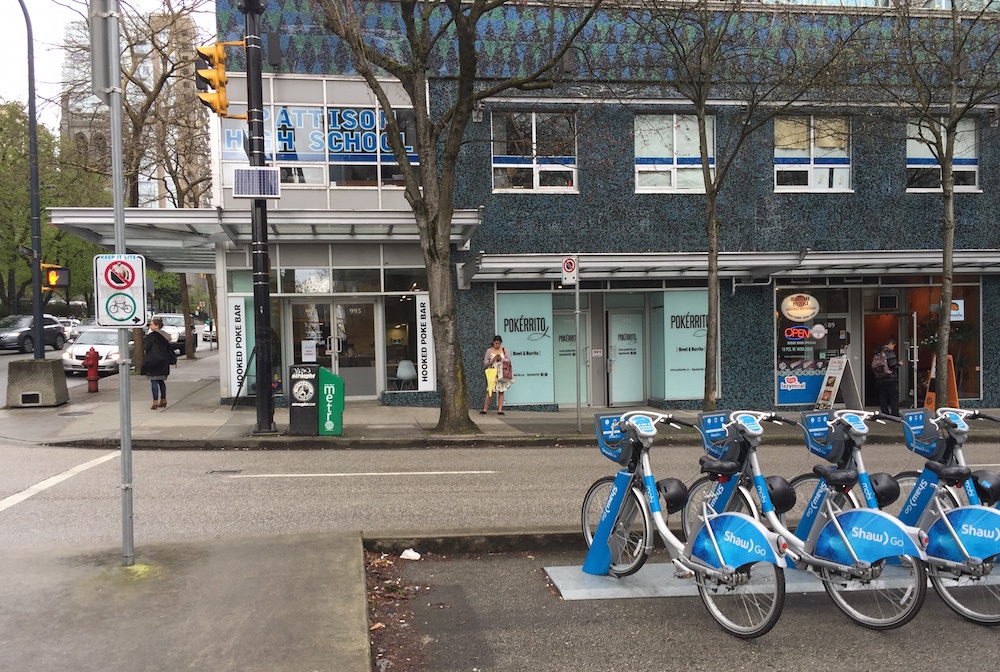 The 900 block Hornby at Nelson, in that eye-catching blue mosaic building, is the new Japanese-kawaii-fusion-sushi-poké maximum effect.

Hooked Poké Bar is now open at 995 Hornby, with their menu of…you guessed it…poké, and are definitely channeling that whole Hawaiian island vibe.

But right next door at 991 Hornby is going to be Pokérrito, makers of the infamous poké burrito. When they opened up their first Vancouver location, at Dunsmuir near Seymour, they had a line out the door…and on most days come lunchtime still do. And you can of course get poké bowls here, too.

Craving sushi? No problem. Sushi Maki is located at 989 Hornby Street, next door to Pokérrito. They’ve got udon, bento boxes, and party trays, and heaps of nigiri and rolls, of course.

Also just opened is Kurumucho, at 985 Hornby. It’s a Japanese taco shop, where fusion finds a new form to fill your belly. Kurumucho is replacing of one of the outposts of Shizen-Ya, a healthy sushi and Japanese restaurant with vegan and vegetarian options. 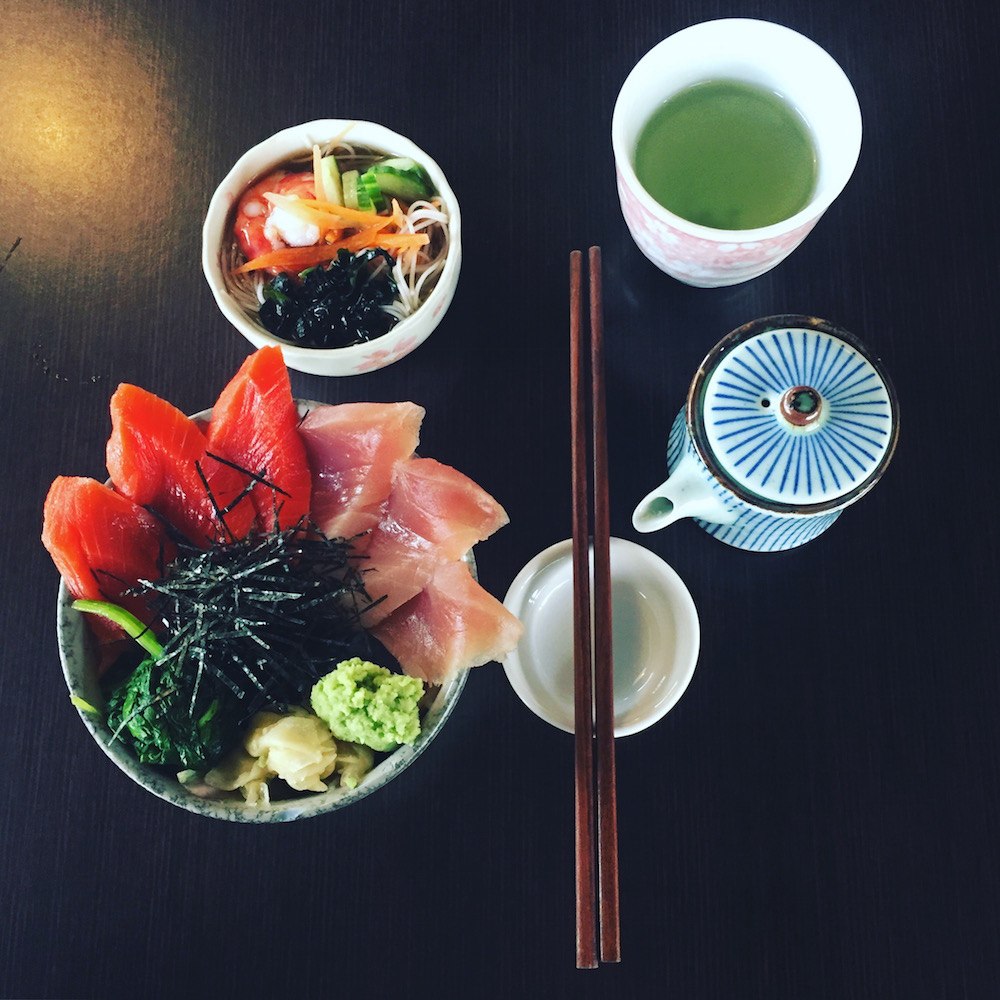 No panicking, though, if you’re missing Shizen-Ya, because they’ve not gone far. In fact, they are on the same block, at 965 Hornby Street, in a bigger space and still serving up their “natural food” Japanese eats. You’ll pass by the lone Vietnamese spot on the block, One Saigon, on your way.

You can DIY a Japanese-inspired food crawl of your own on just this one little Vancouver block…but you may end up taking the poké-sushi-fusion cure in the works.