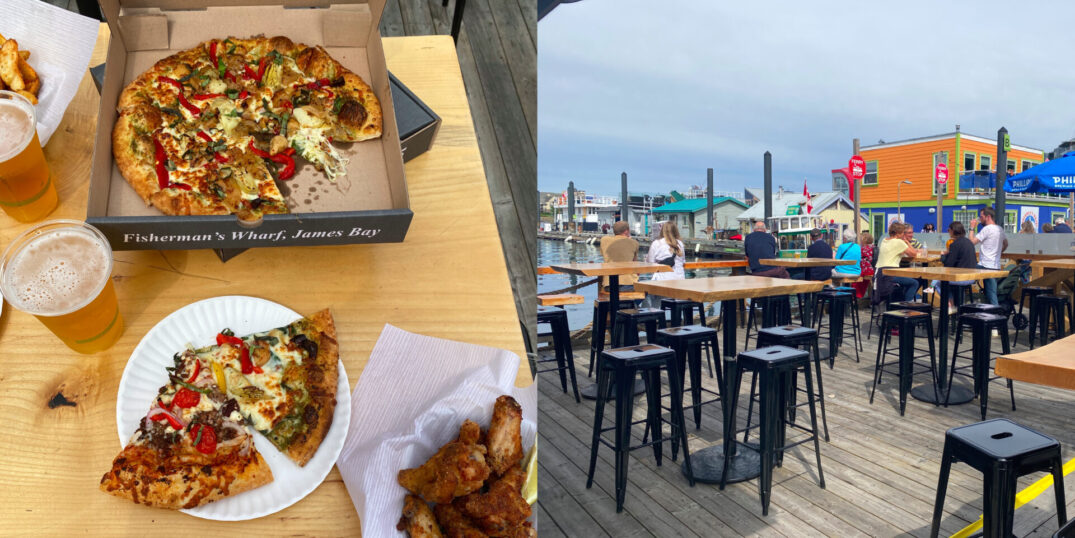 Pizza is our favourite food group forever and ever, so we’re always on the lookout for legendary, unique, and sometimes zany spots to try out.

One such place is Victoria’s Pirate Pizza, a pizza parlour located right in the city’s Fisherman’s Wharf.

Set right on the water, this spot is not only pirate-themed – with fun names for its pies like the Maiden Voyage vegetarian and Blackbeard Greco – but it also has a floating patio, too. 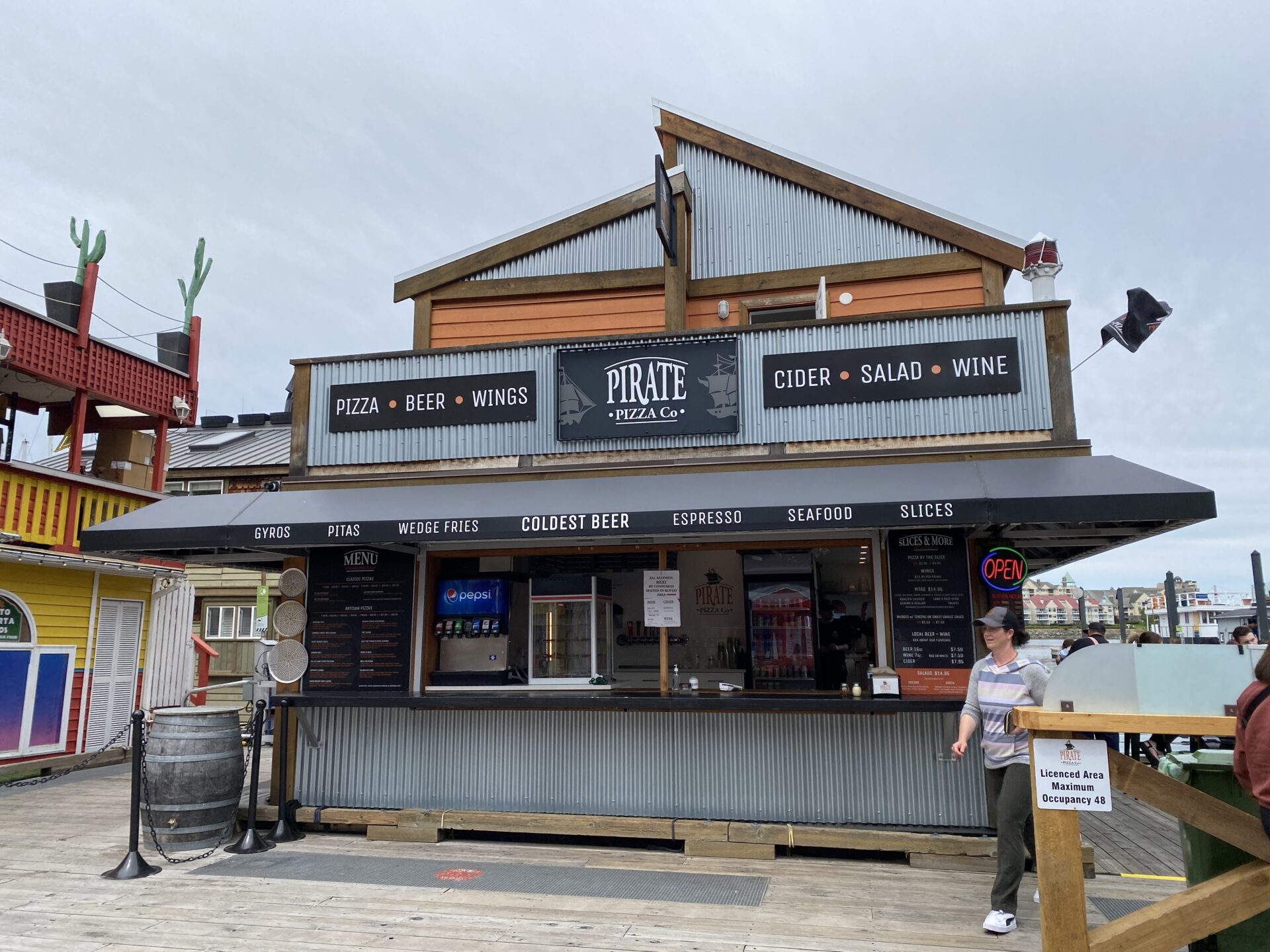 Pirate Pizza is locally-owned and only just opened up in March, so we knew it had to be on our list of places to try out during a recent visit to Victoria.

We opted to try some of Pirate’s sides alongside its pies and definitely had to grab a pint of beer to enjoy on the floating patio, of course. 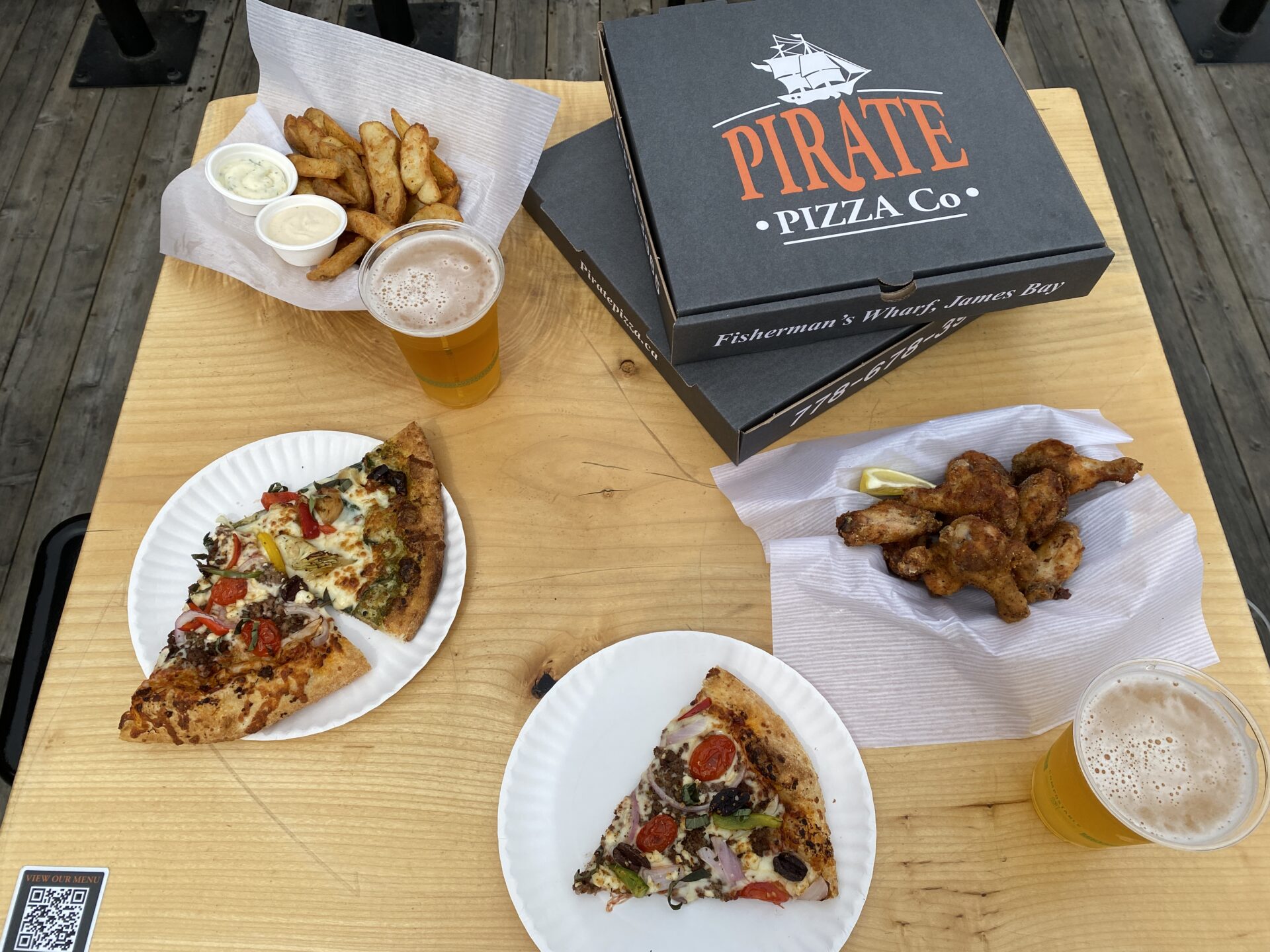 You can grab Pirate Pizza’s pies by the slice or by the whole pie in its classic offerings like Peg Leg Pepperoni and Yo-Ho-Ho Cheese or its artisan varieties (with names like Abandon Ship and Barnacle Boris’ BBQ Chicken).

We tried the restaurant’s salt and pepper wings and potato wedges, but you can also grab a Caesar or a Greek salad as well as pita wraps if you’re feeling extra nibbly.

All of Pirate’s dough is made in-house, as are its special sauces, which come in varieties like tzatziki and sweet garlic sauce.

This spot is definitely worth a visit, but the best way to get there is via Victoria’s water taxis, which stop right nearby.