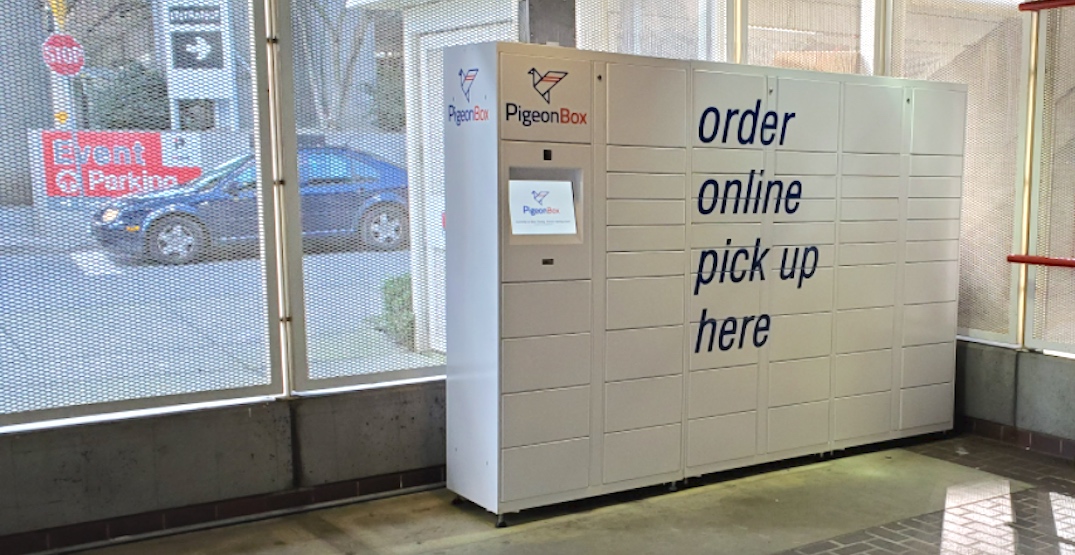 Online deliveries for pick-up can now be sent to secure smart lockers at three SkyTrain stations in Vancouver.

TransLink’s The Buzzer announced this week PigeonBox has installed its smart lockers at Stadium-Chinatown Station, Commercial-Broadway Station, and Joyce-Collingwood Station.

To use these lockers, customers can register for free on the PigeonBox website, then they can use the provided PigeonBox address as their mailing address for online purchases. 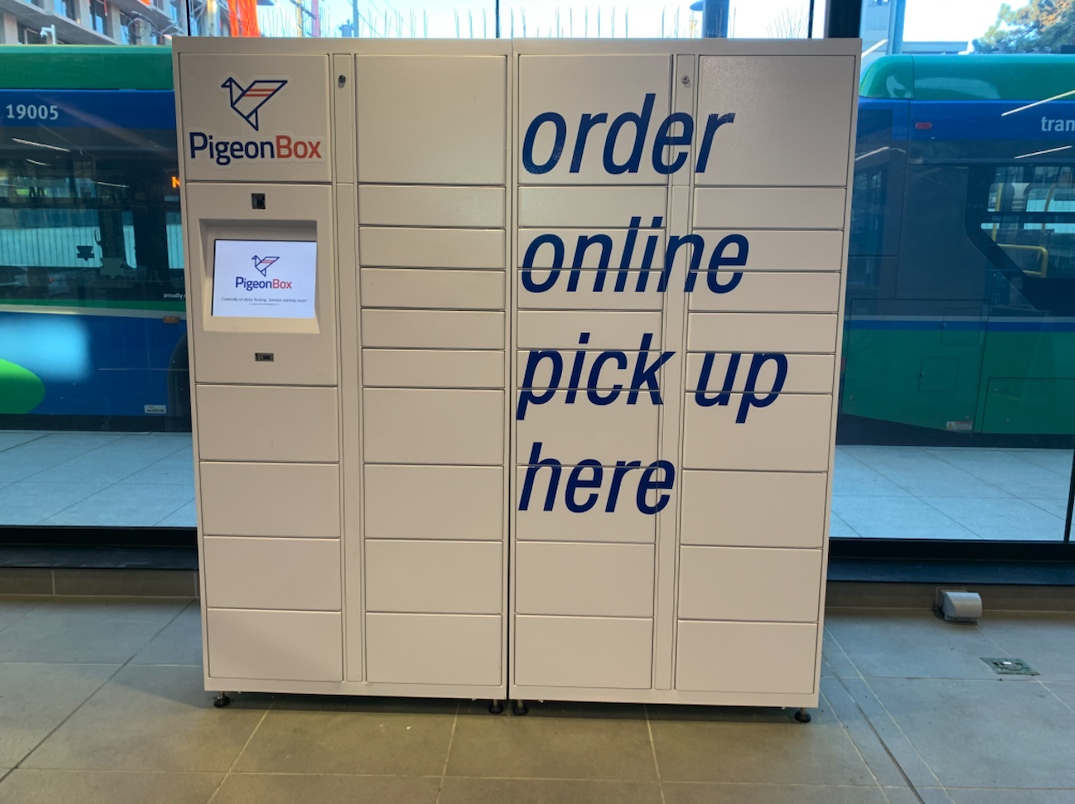 For health and safety reasons during the current crisis, PigeonBox staff wear gloves and masks when handling and interacting with the lockers, and they are sanitizing the locker and touch screens after each delivery.

Under the TransLink Tomorrow program, this is intended to be a one-year pilot project to test the demand and usage of smart locker services on public transit.

Depending on the results of the pilot, the smart lockers could remain and see an expansion. The smart lockers are meant to improve the convenience of package pick-up for those who commute by public transit. 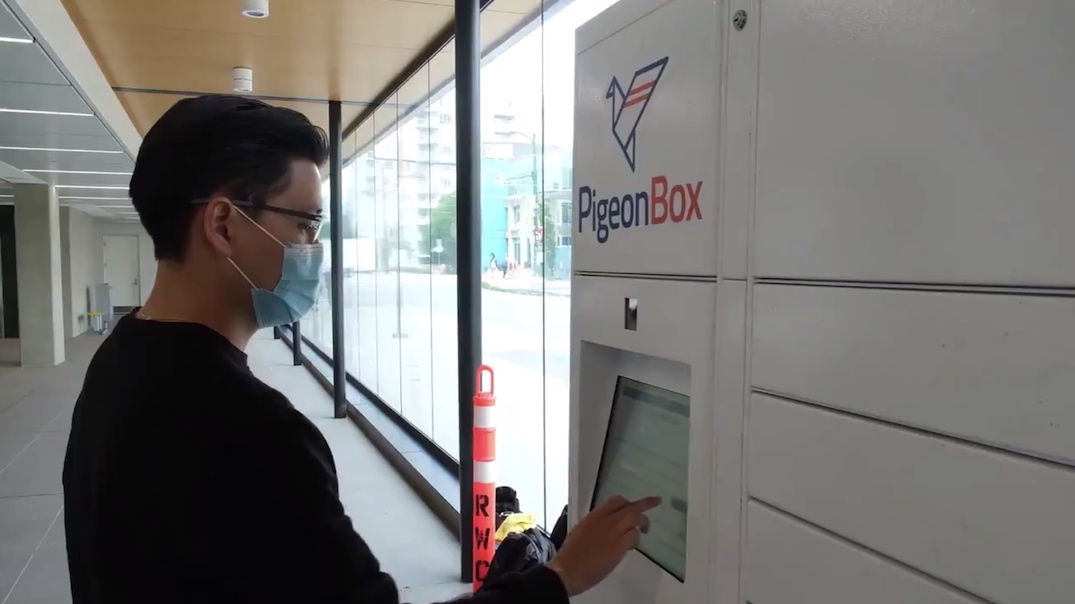 TransLink announced its selection of PigeonBox’s proposal early this year as the first winner of the public transit authority’s 2019 Open Call for Innovation on Customer Services and Amenities. It received over 45 proposals in the second annual open call.

Previous winners include a shared mobility service that bundles Evo, Modo, and Mobi and a carpooling partnership with Poparide. 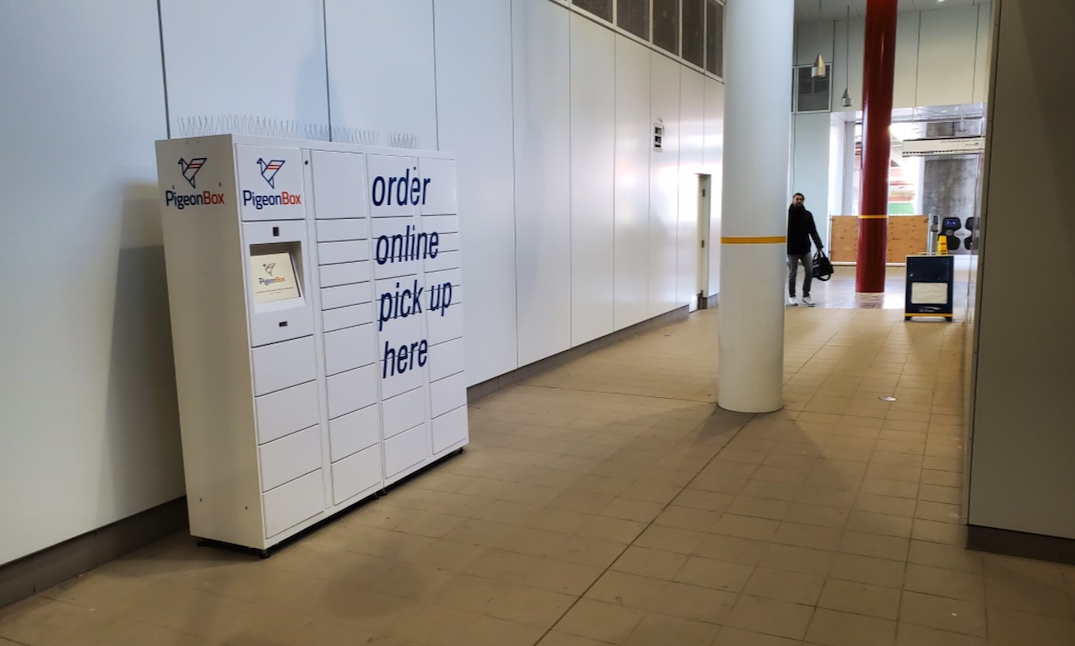 For the 2020 Open Call For Innovation, within the context of COVID-19, the public transit authority is seeking ideas from businesses, entrepreneurs, organizations, and academics on ideas to reduce physical touchpoints, enhance sanitation and ventilation, and ensure equitable access for all ages and abilities. The deadline for submissions is October 22.