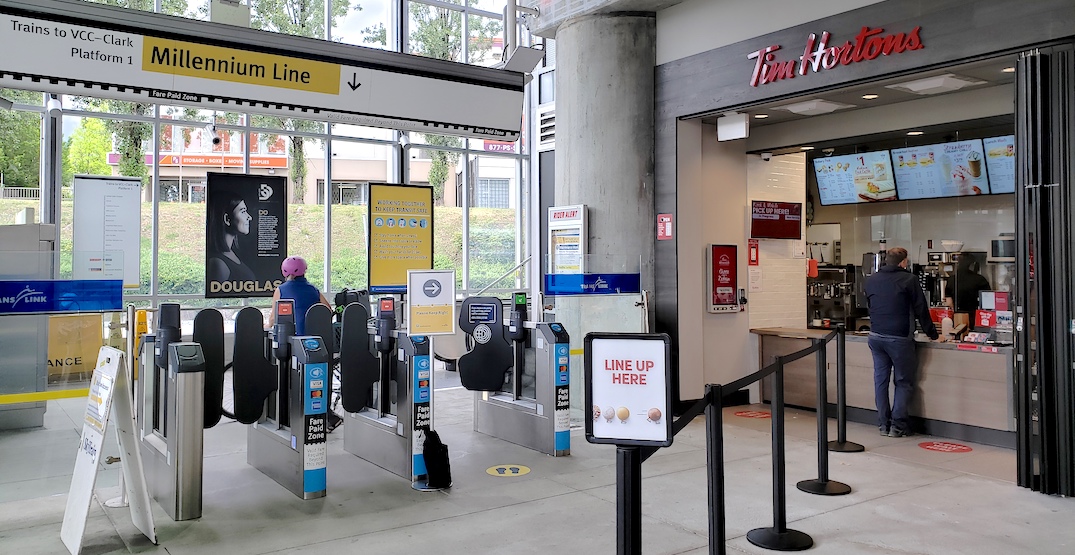 Tim Hortons is making a very big expansion onto SkyTrain with the opening of three new retail locations inside stations this year.

The Rupert Station restaurant is located within a 524-sq-ft space inside the station, but just before the fare gates, outside the fare paid zone. This location opened earlier this month.

A 320-sq-ft location opening at Stadium-Chinatown Station will be situated after the fare gates, inside the fare paid zone — just across from the recently opened Boba Boy, which occupies the 450-sq-ft retail formerly used by Waves Coffee. 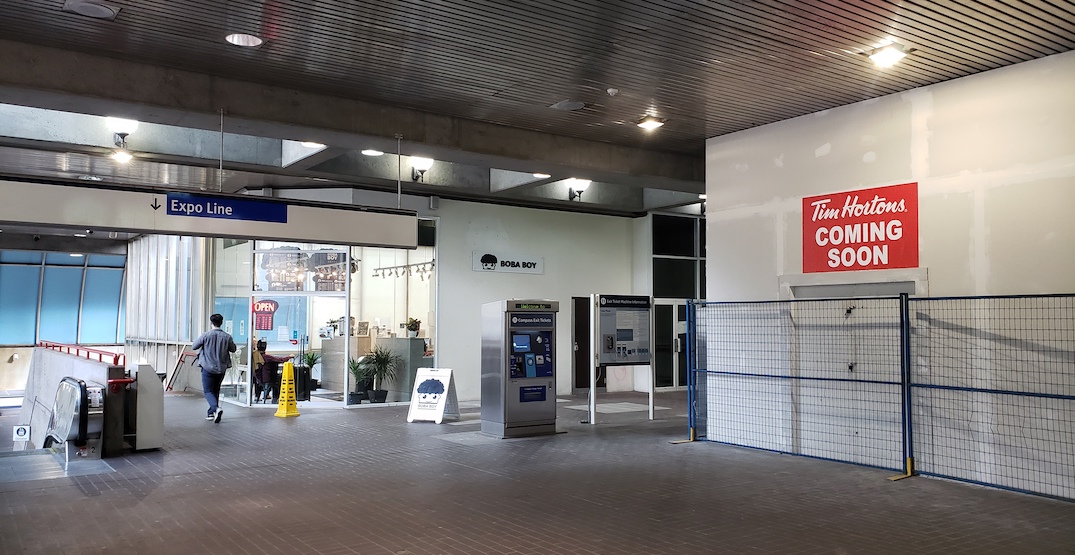 Additionally, the location inside Surrey Central Station occupies an 850-sq-ft retail unit within the 2019-built, $24 million station expansion project. This Tim Hortons will be accessible from the street, outside of the fare paid zone.

Both of the locations at Stadium-Chinatown Station and Surrey Central Station will open sometime later this summer. 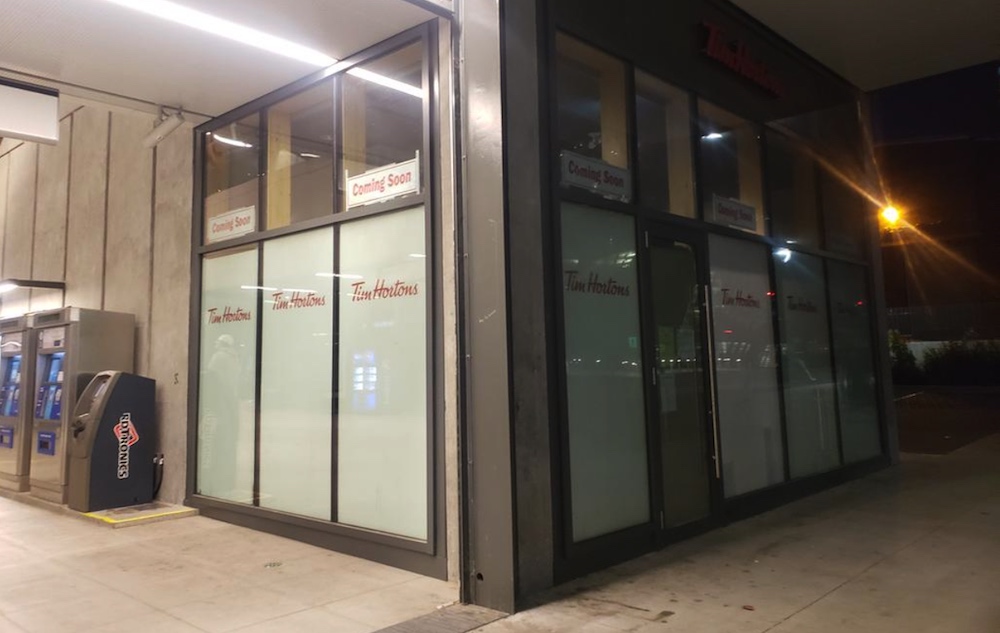 Given the extenuating circumstances with the recent severe drop in ridership, the public transit authority says it has offered rent deferral to tenants of its in-station retail program, depending on their particular financial circumstances. Several businesses closed at the start of the crisis, but they have since reopened and implemented health safety measures.

SkyTrain’s Expo and Millennium lines typically see 359,000 average daily boardings combined, but at the peak of the crisis in earl April ridership dropped to just 65,000 per weekday. 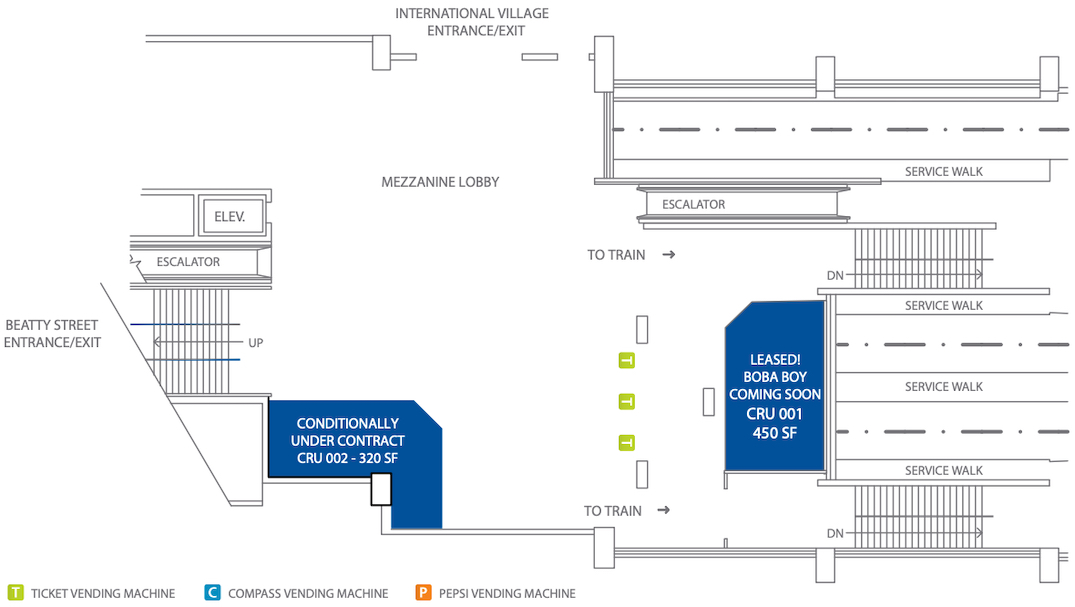 Retail units that are located not only within high-traffic stations but also before the fare gates — outside the fare paid zone with general public access and visibility — typically see far greater success and longevity.

The Tim Hortons expansion is the largest single chain addition to SkyTrain’s retail offerings since 2009, when Jugo Juice opened four locations inside the Canada Line’s underground stations in Vancouver. Some of these Jugo Juice locations inside the fare paid zone were short-lived, with the franchise owners pursuing legal action against the Canada Line’s private operator, SNC Lavalin’s ProTrans BC.

And in early 2019, the INS Market convenience store tucked away deep inside the fare paid zone of Yaletown-Round Station was forcibly shuttered, after less than a year of business and just weeks after escalator construction began in front of the store’s entrance. Legal letters posted on the window of the closed store stated the franchisees missed two consecutive monthly rent payments. 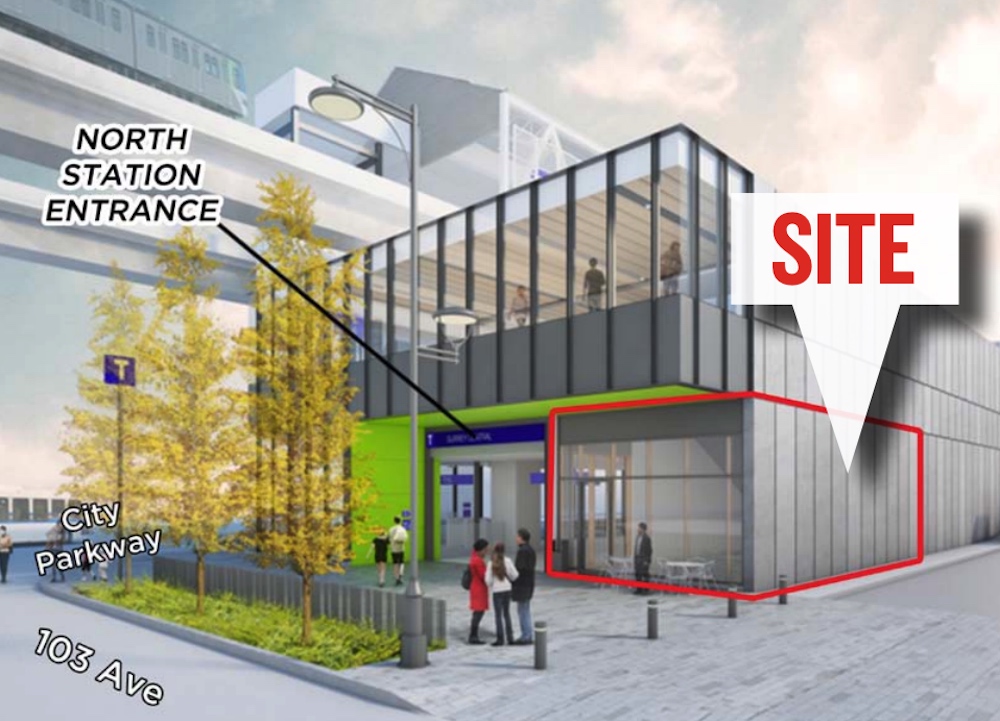 In addition to revenue, the retail units provide TransLink with a “manned presence” that can help improve passenger safety, based on Crime Prevention Through Environmental Design Principles.

Commercial real estate listings also show TransLink is actively attempting to lease a 350-sq-ft retail unit at Gilmore Station, and 190-sq-ft and 352-sq-ft retail units at Holdom Station. The retail units inside both of these stations are located in the fare paid zone. 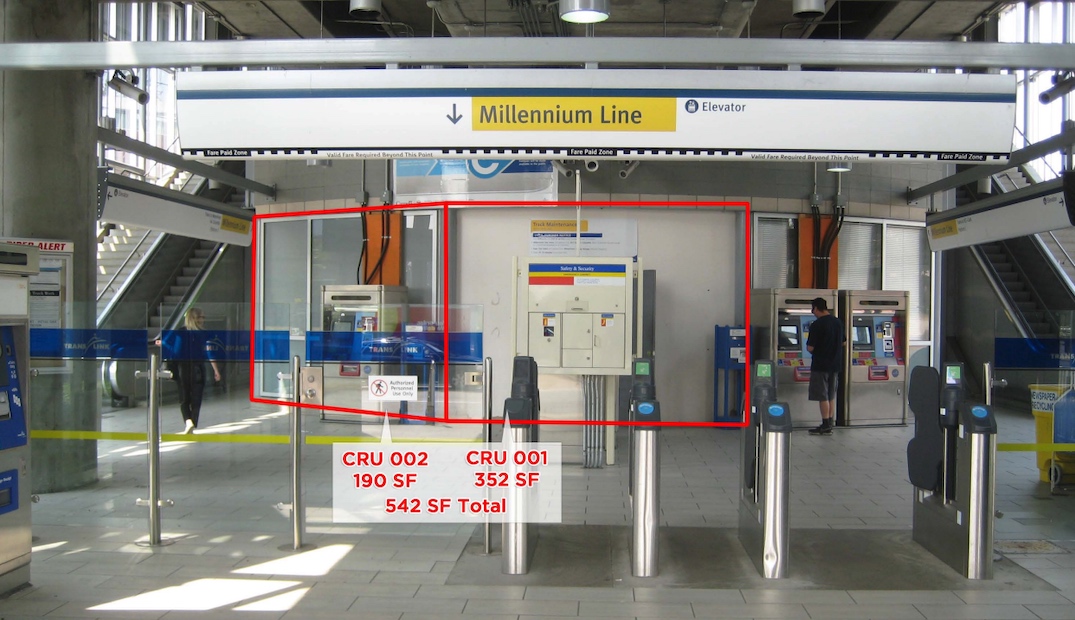