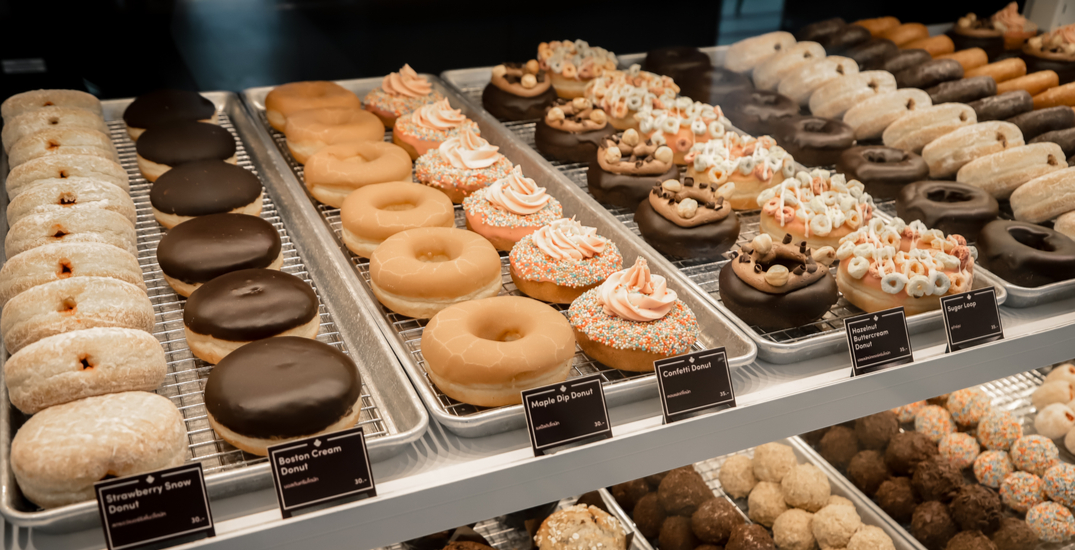 If you could only pick three Tim Hortons donuts to curate a 12-pack, what which sweet treats would you choose?

The question’s pretty simple, but might take you a while to answer, given all the delicious choices.

Canada’s Wordle-inspired game Canuckle posed the question, and no one expected how divisive it could be. What can we say — Canadians are passionate about their Tims!

“You can only choose 3…which ones are going in your 12-pack?” Canuckle tweeted on June 9 alongside a photo of 15 Tim Hortons donuts.

As per the rules, you can choose from the following:

The tweet garnered over 4,000 replies and retweets, and #TeamBostonCream seems to be winning.

NGL, all 12 would be Boston Creams. https://t.co/cVuxJBYu3a

Some people were upset their faves did not make the roster at all. “This is blueberry erasure,” wrote one.

And when we say people were passionate about their choices, we mean it. It got downright political.

This is objective, everyone else is wrong https://t.co/w2HfhYe7qF

The rest can go straight into the trash https://t.co/cu98N8okda

Commenters also got a chance to bring up their favourite sweet fallen soldiers, such as the Dutchie, the Walnut Crunch (miss you, babe, come back).

dutchie and walnut crunch were legends gone too soon. those two + toasted coconut would be my top 3.

Here at Daily Hive, we’re a Boston Cream majority, just like the rest of Canada.

Boston Cream was Canada’s favourite donut in 2020, according to Tim Hortons.

Here are some donut stats that @TimHortons released in 2020. Boston Cream was #1 overall across the country, while Apple Fritter was tops in Western Canada & Ontario and Honey Cruller was the most ordered donut in Quebec. 🇨🇦

Did your go-to order make the list in your region? 🍩 pic.twitter.com/o31WEuk8Qg

But we’re curious about what you would choose.