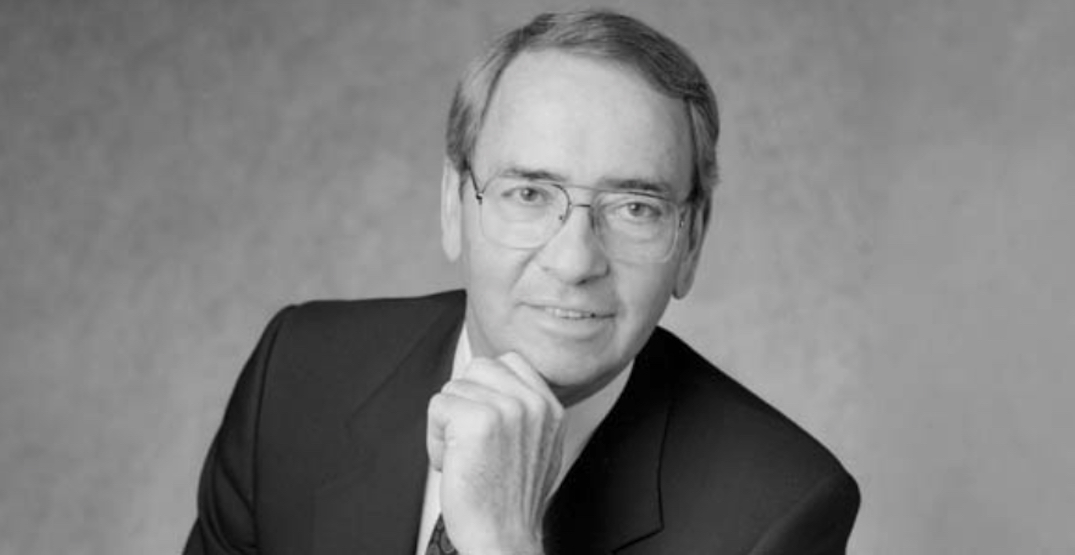 Former Vancouver mayor Philip Owen passed away Thursday night at the age of 88 from complications related to Parkinson’s disease.

He was an active member of Vancouver’s municipal political scene for a quarter century, starting with his role as a Vancouver Park Board commissioner in 1978, and then a city councillor starting in 1986, until he was elected as mayor in 1993.

Owen went on to hold the mayoral seat for a total of three terms, until his retirement from municipal politics in 2002. His party affiliations were with the Non-Partisan Association.

As a city councillor and then mayor, he oversaw downtown Vancouver’s post-Expo urban growth, when the city centre’s residential population doubled from the redevelopments of the old World’s Fair lands, the Yaletown neighbourhood, and the Coal Harbour industrial and railyard waterfront.

He also championed the establishment of the Four Pillars Drug Strategy — a multi-faceted strategy that approaches the city’s drug addiction issues with prevention, treatment, enforcement, and harm reduction. This eventually led to the 2003 establishment of Downtown Eastside’s Insite, the first supervised injection site in North America.

“I would like to offer my sincere condolences to the family and friends of former Vancouver Mayor Philip Owen on behalf of Vancouver City Council, the City of Vancouver, and the entire community,” said Vancouver mayor Kennedy Stewart in a statement.

“A gentle and decent man, Philip Owen’s time as mayor will be remembered for his courage and foresight. His work on the Four Pillars approach led to the establishment of North America’s first supervised injection site and helped save thousands of lives. Though a challenging idea at the time, Mayor Owen learned from talking with those living with addiction that harm reduction was the only way to address the overdose crisis of the mid-1990s and early 2000s.”

Condolences to his family, many friends. I really enjoyed working alongside Philip in his role as Mayor, my role as CEO of the #DVBIA. I will fondly remember all the conversations we had on how to make downtown better. He cared passionately about downtown and the city. #Vancouver

In 2008, Owen was named a member of the Order of Canada, the highest civilian honour in the country.

“As a family we have always been proud of our father,” said Christian Owen in a statement. “He loved this city, every part of it, and you could see this in how he found the right balance, even when it came to the toughest issues. He was a gentleman and a devoted Vancouverite, right to the end.”