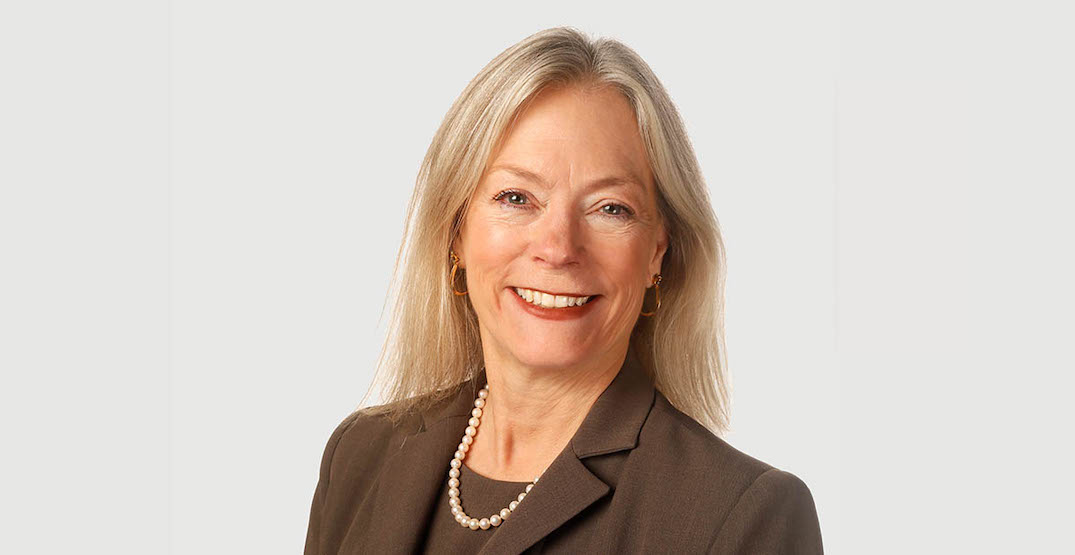 Party affiliations in Vancouver City Council have changed once again, as independent councillor Colleen Hardwick announced today she has joined the newly formed TEAM for a Livable Vancouver party.

This is a reboot of the The Electors’ Action Movement (TEAM) party, which was formed in the late 1960s and remained an active participant in the city’s political landscape until the mid-1980s. Hardwick’s father, Walter Hardwik, was amongst the founders of the original TEAM.

“I look at city hall today and what I see is a city government that treats Vancouverites like ATMs while ignoring the issues that are most important to Vancouver’s families,” said Hardwick in a statement.

“Too often, residents are simply seen as a source of more and more revenue for a bloated city government that takes too long to get things done and sidelines the valuable opinions of citizens. Meanwhile, small businesses are buried in red tape, renters are stressed, neighbourhoods and parks are neglected.”

Hardwick asserts the municipal government’s advisory committees to city council are “deliberately stacked and filled with the ‘right’ people,” and questions the validity of the public consultation process, such as the city’s recent process to gauge mandatory overnight residential street parking permits.

“In fact, just recently, the city canvassed Vancouverites on its new ‘climate emergency’ parking plan that imposed additional fees. When 19,000 people taking the survey overwhelmingly said no, the city hired a market research firm to get the answer it wanted,” she claimed.

Hardwick also takes issue with the growth of the city budget, and the corresponding tax and fee increases needed, which hinder affordability efforts. All the while, she asserts, the municipal government has been ignoring increasing levels of crime and growing concerns about public safety, and other basic services and responsibilities under its jurisdiction.

“There is an incredible disconnect between city hall and Vancouver’s working families, and the gap is only getting wider as the city ignores the fundamentals of running a city for people who live and work here. That’s what happens when politicians don’t listen and get caught up in their vanity projects, while ignoring the very people who live and operate businesses here.”

Throughout her time in city council, Hardwick has been an outspoken opponent of the type of densification Vancouver is currently experiencing, and questions the need for additional housing to help meet improved affordability targets.

The party plans to host a policy conference and an inaugural annual general meeting, which will lead to an “open and transparent” nomination process to select the party’s candidates for mayor, city council, park board, and school board for the October 2020 civic election.

The original TEAM’s roots are grounded in its opposition to the plan that first emerged in the 1960s to build a freeway reaching downtown Vancouver through East Vancouver neighbourhoods and Chinatown. It also led the planning effort for the False Creek South neighbourhood, a revitalization of Gastown, the establishment of the Granville Mall, and the acquisition and renovation of the Orpheum Theatre, preventing its demolition.

Hardwick won 47,747 votes, the fifth most votes amongst all of the candidates running for a councillor seat in the 2018 civic election under the Non-Partisan Association (NPA). There has been some speculation that she is eyeing a run for mayor in 2021.

In May 2021, amidst internal infighting, Hardwick joined councillors Sarah Kirby-Yung and Lisa Dominato in leaving the NPA to become independents.