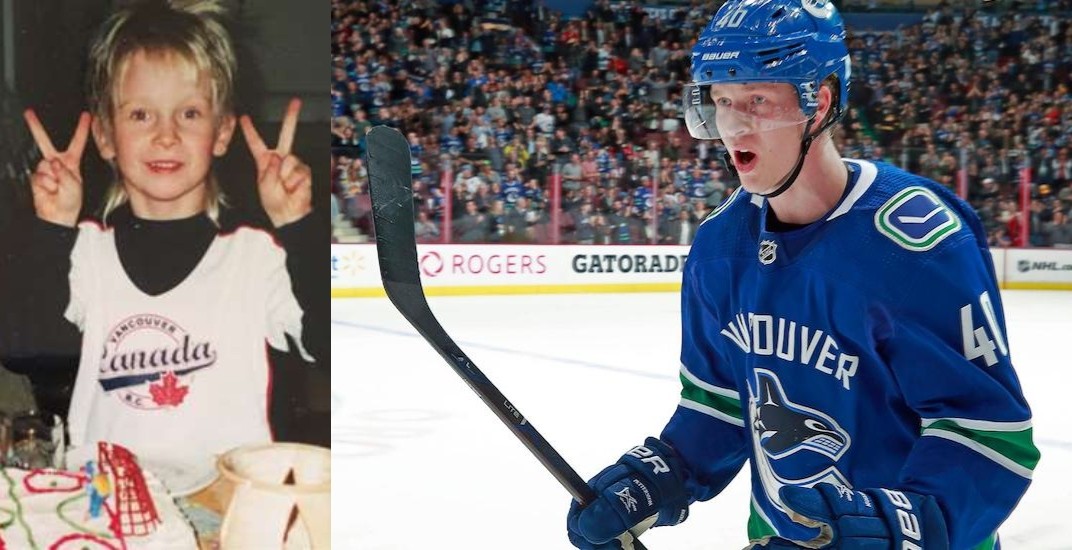 That’s the advice Elias Pettersson offered up to a reporter in Ottawa for proof that his dream was not only to play in the NHL, but play in Vancouver, for the Canucks.

“This has always been my dream, what I’ve always been working for growing up. Now I’m here, living my dream,” Pettersson said following the Canucks’ 4-3 overtime win against the Senators.

A reporter followed up with asking him which team he dreamed of playing for.

The photo features a five-year-old Pettersson with a blonde mullet and a Vancouver t-shirt, giving double peace signs to the camera. He’s posing behind a birthday cake, which of course was hockey-themed. 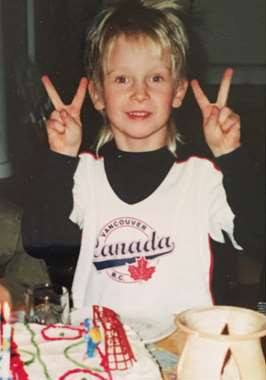 Pettersson is enjoying a dream start to his NHL career, scoring 22 goals and 42 points through his first 37 games. Not only does that lead all Canucks players in those three categories, he leads all NHL rookies too.

The Canucks’ rookie had quite a day on Wednesday, being named NHL Rookie of the Month, getting selected for the All-Star Game, scoring the first hat trick of his career which included the overtime winner, and earning $425,000 USD in performance bonus money.