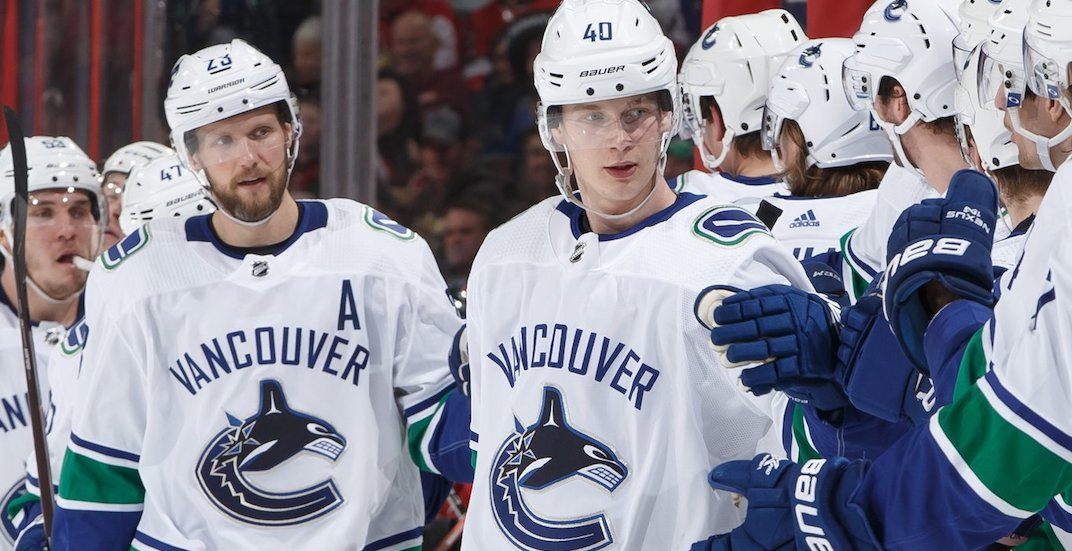 The Vancouver Canucks’ 20-year-old rookie sensation had a nice pay day on Wednesday, to coincide with a pair of accolades and his first-career hat trick, scored in overtime no less.

Pettersson was named NHL Rookie of the Month for a second time on Wednesday, hours before getting the call to represent the Canucks at the All-Star Game in San Jose later this month. Then he hit the ice in Ottawa, scoring his 20th, 21st, and 22nd goals of the year to lead the Canucks to a 4-3 overtime win.

That qualifies as a good day for anyone, but it gets even better for Pettersson.

The rookie hit two performance bonuses listed in his entry-level contract on the same day, meaning he earned a grand total of $425,000 USD.

Being named to the NHL All-Star Game netted Pettersson $212,500, while scoring his 20th goal of the season doubled that total.

With his 20th goal of the season – Elias Pettersson has earned ANOTHER $212,500 Schedule A bonus for today.

He has now earned $425,000 in Schedule A Bonuses just today#Canucks pic.twitter.com/bICZUJLv1g

The NHL’s collective bargaining agreement limits the amount of money that players can earn on their first contract. Pettersson will earn at least $925,000 in total salary for each of his first three seasons, but can earn up to an additional $2.85 milllion each season in performance bonuses.

Given the ridiculously great start to his career, he’s in good shape to hit many of his bonuses, including an additional $212,500 if he wins the Calder Trophy as Rookie of the Year.

“This has always been my dream, what I’ve always been working for growing up. Now I’m here, living my dream,” Pettersson said of getting to play in the NHL.

Pettersson was then asked what team he dreamed of playing for.

“I was five years old and had a Vancouver t-shirt.”